Home > His World > A ‘Thank You’ to Veterans 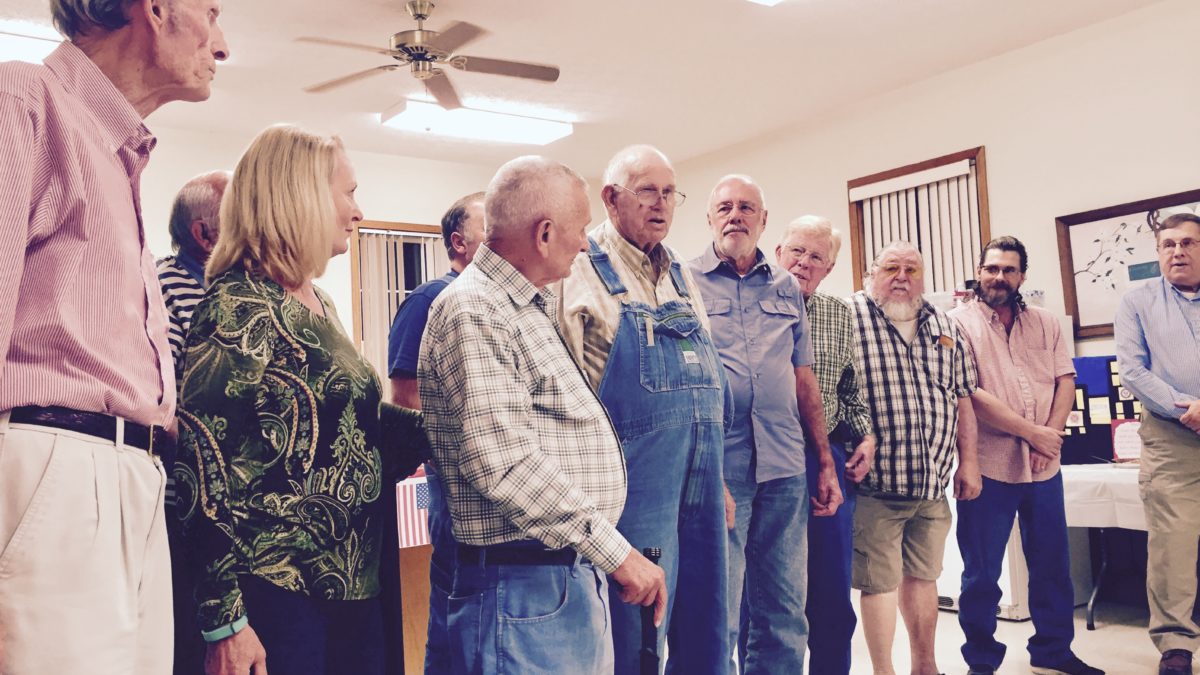 by Maureen Miller November 5, 2016
His World

It is both a privilege and an honor to speak to those of you here this evening who are veterans — to offer you thanks on behalf of myself and so many others — some gathered here, as well as many who will remain to us faceless and nameless, those around the world who also are grateful for your service. Because of you, our country continues to be one of freedom, and tomorrow many of us will exercise our right to vote, which is an example of one of the greatest of freedoms. For this, we thank you.

Some of you I’ve been privileged to meet at some point over the 14 years my family has lived here in the beautiful mountains of Western NC. Some of you I know better than others, and some of you I’ve never met before. I am thankful to see your faces this evening.

I grew up in Ohio — born in 1969, about six years before the Vietnam War ended. My memories of war are few, though I do recall seeing President Nixon on our TV with the rabbit-ear antennas — hearing words like war, Vietnam and prisoner of war. I remember having to go to the hospital to have surgery for an abdominal hernia in 1974, and for some reason I recall running through the living room in my childhood home with my dad watching the news when he (a retired general surgeon) noticed the protrusion on my lower tummy. Somehow I always relate going to the hospital and President Nixon and the war in Vietnam — blurred together almost as one. I’m not sure why.

Through the years of my growing up, our post-war country seemed to heal, much like my stomach, post-surgery  — though a scar still remains. I was privileged to see President Regan waving from a train in a town near my own and I remember when he was shot — I was home sick that day from school. I watched the scary scene over and over and over again, as it replayed on our television. This tragedy in my young mind seemed impossible in a world — the world I lived in — which seemed so happy. So safe.

Years passed and, as a newly married woman and college student living in KY, I watched (along with my husband Bill) as a few friends volunteered and left for Desert Storm. We knew more then about the reality of war and sadness and even death. Our world seemed less safe. But I still had an optimistic view of our country and even enjoyed meeting Barbara Bush, as well as both George Bush, Sr. and George W. Bush. Whether you appreciated these two men as Presidents or not, it was fascinating, at least for me, to meet some of those who’d held the highest position in the land… yes, even in our world.

Some years later, another tragedy and our world, not just our country, was severely scarred. There’s probably not one of us here who doesn’t know exactly where we were when we received the news of the Twin Towers being hit on 9/11/01. I had moved from KY to SC and was, by this time, living in Indiana with our two little boys. I remember — I was getting them out the door for their first day of preschool. My sister called to tell me to turn on the news. That day, much like the day President Regan was shot, was spent in front of the TV — a blur of sadness and despair and disbelief. Our world —  more specifically our NATION — didn’t feel so safe anymore. I felt insecure and afraid.

Many sad things have happened in the 15 years since 9-11. I battle fear, at times — though I try to trust in God who continues to be a Strong Tower. I still have that scar on my lower abdomen, as well as the fuzzy memories of a time almost 44 years ago when surgery and Nixon and the Vietnam War converged. Yes, that and many other scars remain…

And the emotional scars of war-wounds linger — in our country. In our world. Certainly they do, particularly for those of you who served in the military. Maybe quite literally, physically, you carry scars.

For them, we thank you. Yes, we honor you. Just as I did not know you as a child in Ohio or a young woman in KY or a new mother in SC or IN, you didn’t know me. Still you served to protect me. To keep me safe. To provide for me freedom. I was just a faceless, nameless person — one of millions — who you swore to protect. You fought for me. You left home for me. You said good-bye to your family and friends for me. You spent lonely nights far from anything familiar… for me. You risked everything for me. Thank you.

One of my favorite war heroes is a veteran named David Roever. He received a draft letter and then enlisted in the Navy during the Vietnam War. Soon he was part of a special group called the Brown Water Black Berets, protecting the waterways in Vietnam. He was almost killed when a hand grenade exploded near his face as he prepared to throw it. He survived and has become a motivational speaker and works closely with Wounded Warriors. He bears many, many scars — each a reminder of that horrible day. At one point in his physical recovery, the wounds were so painful, the journey so long, he decided to end his life. But God spared him. Yes, Jesus saved him. Today, Dave shares his story — yes, his SCAR STORY — and tells how his life was saved. Many have come to believe in the saving power of Jesus through Dave Roever’s testimony. 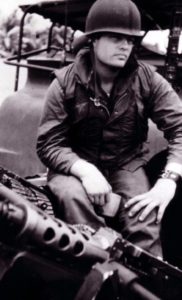 I was introduced to Dave Roever when I was about 14 and a freshman in high school. I don’t remember why but my English class watched a video of him. One thing that I’ll never forget that he shared referred to the dash between the date of one’s birth and death on a headstone. He said, “No one will ever put on my headstone, ‘He tried but he didn’t make it’… That little dash is the smallest [mark] on the headstone, but it’s the biggest thing there. I live my life on the dash.” 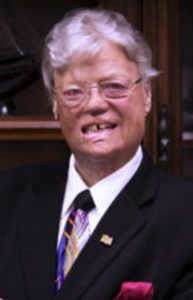 Do I live in fear? In insecurity? In worry — because I… WE live in such a dangerous, unsafe place? Or do I trust in the Lord with all my heart, leaning NOT on my own understanding… (Prov. 3:5)?

I have a choice. We each do. How we live on the dash all the days we are given is up to us. My joy and my ability to live out my days with courage despite reasons at times to fear comes from an abiding relationship with God but it also has to do with the security I feel because of men and women like you who have chosen to stand for freedom, serving to protect. Sacrificing to make our country more secure. You chose at one point to live out some of the days on your dash by serving others in the military.

I pray my life — and the way I spend my days — will bring you honor in return. 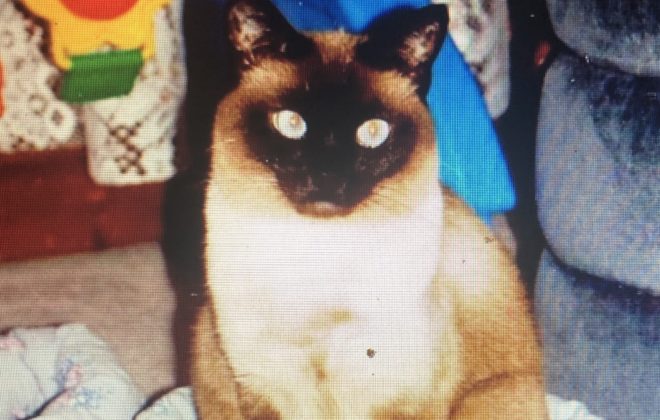 A Tribute to Mia 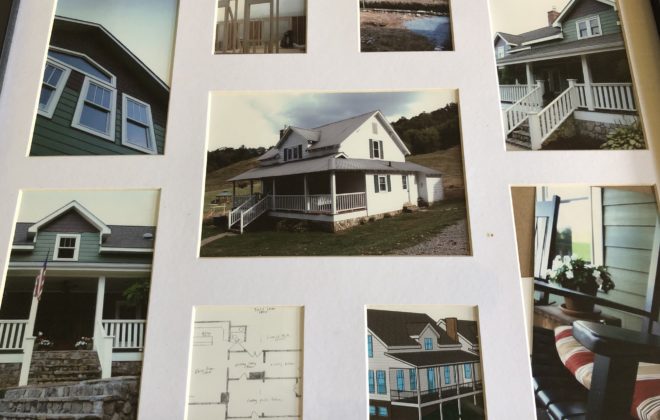 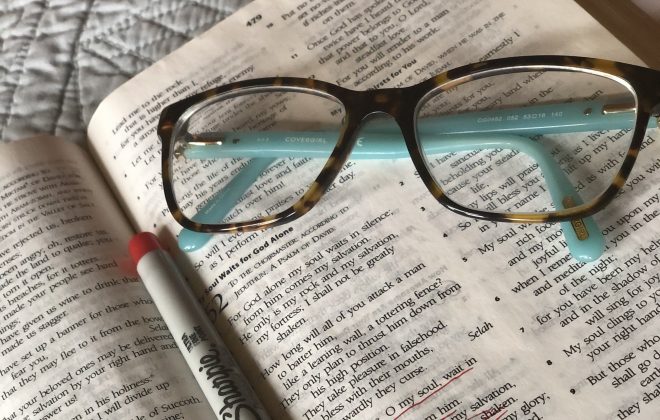