Home > His World > The Gift of Waiting 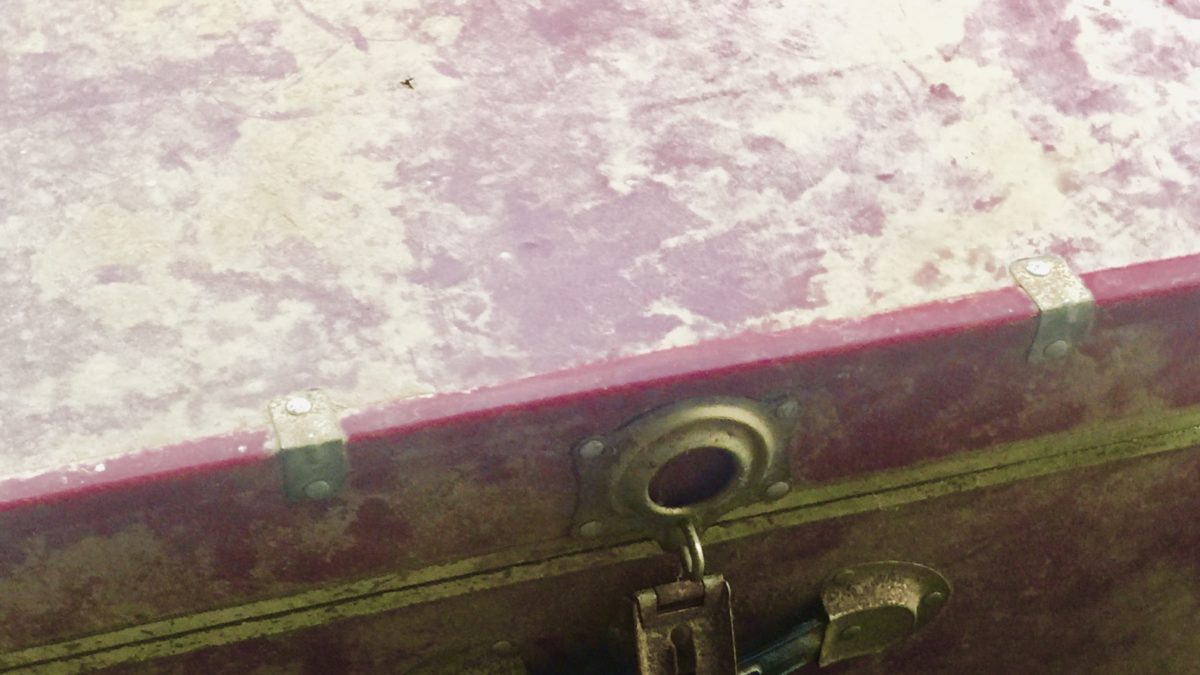 I’d been waiting — holding on for a quarter of a century. Only recently have I let go.

In the early 1990s, I collected everything I could Noah’s Ark-themed. This was a time in my life when I yet believed my broken body would one day — someday — bring forth children. For a variety of reasons, many of them I still cannot fully understand or explain, I believed I would have twins — holding on by faith that two of our babies would come in a pair.

During this season, I journaled — treasuring up, time and time again, how the Lord spoke confirmations through His Word, encouraging the desires of my heart as I delighted in Him (Ps. 37:4). We’d even chosen names for our boy and girl, and I carefully stored all the items  I collected for them in a red box with golden latches. Over the years, we moved this trunk three times, to three different states. In the span of more than two decades, rarely was its lid lifted — its contents remained tucked safely inside like the dreams in my heart.

Until the other day.

Allie had been helping me unpack boxes at my in-laws’ new home. One item she paid particular attention to was a wooden Noah’s Ark, including pairs of animals. My mother-in-law, Faith, asked Allie if she wanted it. Of course she did.

Because she seemed so enthralled with the toy, I thought about my collection. “Allie, come with me to the barn to help me find an old red trunk.”

After only moments of searching, we discovered it. Filthy from fifteen years of dwelling in dust, we hauled it down to the house and left it on the porch. Lifting its lid, Allie carefully emptied out its contents — bringing blankets, baby dishes and baby room decor into our kitchen. Only several things interested her, and she quickly moved on to another activity. I, however, stood staring at the abandoned mess on my floor — a reminder of my hopes deferred, of what has often felt like an impotent promise.

I picked up a plaque from among the items and read through tears — “God keeps His promises.” I’d truly believed this. Did I still? What about when His promises keep us waiting? What about promises which, in our earthly frailty, are misunderstood? Incorrectly interpreted? Have I, for example, been waiting in vain all these twenty-five years? What has the waiting done to my heart? To my faith? To my empathy for others who are also waiting, hurting or struggling in some way?

I laid down the plaque and unfolded one of the two matching baby blankets. Holding it up, I looked at the miraculous scene depicted in pink and blue stitching. A pair of elephants and giraffes were shown entering the ark as Noah stood by, simply watching. I’d truly believed God works in such mysterious ways, had I not?

Though the blankets looked clean, I decided to wash them. I then rewrapped and boxed all the remaining items and carried everything to the laundry room. After the blankets were washed and folded, I would carry everything to my van. It was time — time to donate the collection, with hopes that someone would be blessed by the items this Christmas.

The next morning, I hustled around, preparing to leave for an appointment. As I carried  boxes and bags to my van, a young woman came unexpectedly to mind. I’d visited with her back in September and had learned that she was expecting twins in the new year, but I’d heard sad news about her recently. She’d been hospitalized, the doctors fearing she might lose her babies.

I wonder how Samantha’s doing? I asked myself — making a mental note to call a friend who would know. I hadn’t thought of it until then, but it suddenly occurred to me that some of the to-be donated items might encourage her, though I wasn’t sure how we’d connect. Perhaps her grandma — a woman named Mary Ann who lives near us in White Oak? As I climbed into my van, I found myself thinking about this neighbor who I rarely see — envisioning her face, as though she stood before me in my hurried thoughts.

After my appointment, I had some errands to run. Haywood Christian Ministries first? Or the post office? I didn’t want to miss the earliest shipment, so I decided to mail my packages, then drop off my donations.

After waiting in a long line, I finally turned to leave. As I opened the post office door, I could hardly believe who was coming in, her arms heavy with packages. Samantha’s grandma Mary Ann — whom I’d just been thinking of — entered as I held the door. “Oh my, I can hardly believe it!” I exclaimed as I stood staring. “I was just thinking of you a little bit ago, and here you are! How’s Samantha?”

She explained that her granddaughter was doing much better and, although on bed rest, was home. She’d made it to twenty-eight weeks, and her doctors were less anxious about her losing the babies. “We just need to make it to thirty weeks, then thirty-two. Just taking it a day at a time, going week by week,” she said smiling.

I hugged her, so relieved with this good news. Then I asked if she would meet me at my van after she’d mailed her packages. “I have some things I’d love for you to give to Samantha,” I explained.

As I waited, I carefully retrieved the two freshly washed baby blankets, some decorative items and a picture frame with a place for each of her babies’ photographs — the words “God keeps His promises” written in script above a painted ark.

Minutes later, as I placed the items in Mary Ann’s vehicle, I knew with certainty. Not only does God keep His promises, but His timing is perfect. My waiting became another’s receiving, and the encouragement might be just what this young, anxious mother-to-be needs as she, too, waits — dreaming daily of her twins’ arrival.

And I’m convinced more than ever that we’re given the gift of waiting that we might experience God’s grace, as He redeems and restores — bringing purpose from pain, making beauty from our broken, and calling us to higher places of sanctification in our waiting…

Yes — as Heaven, and all that it holds, awaits us. 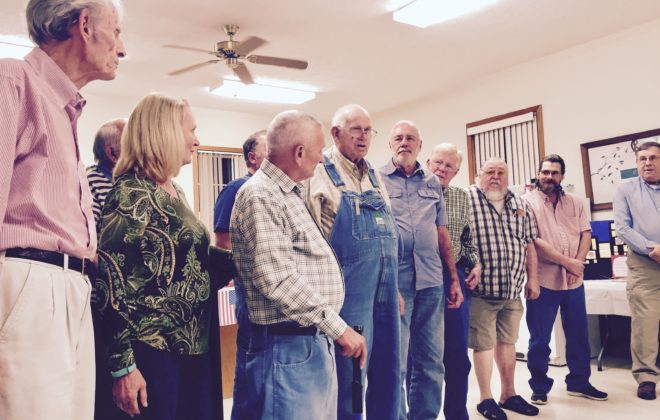 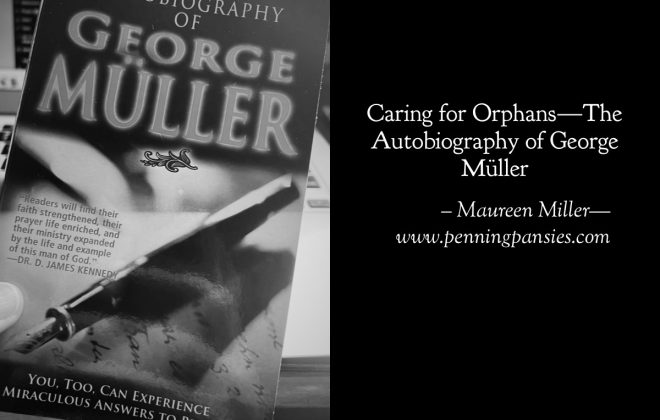 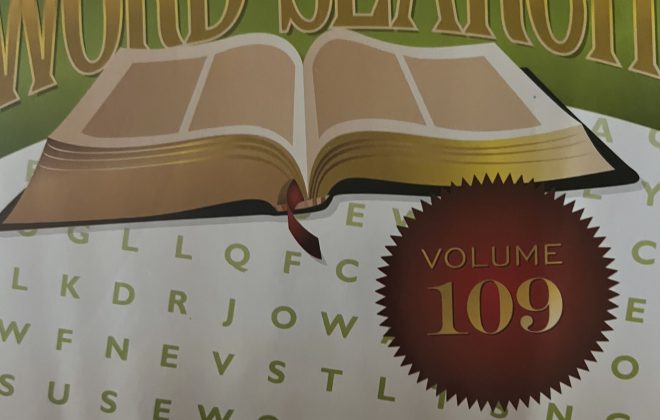