Home > His World > Lunge for Him 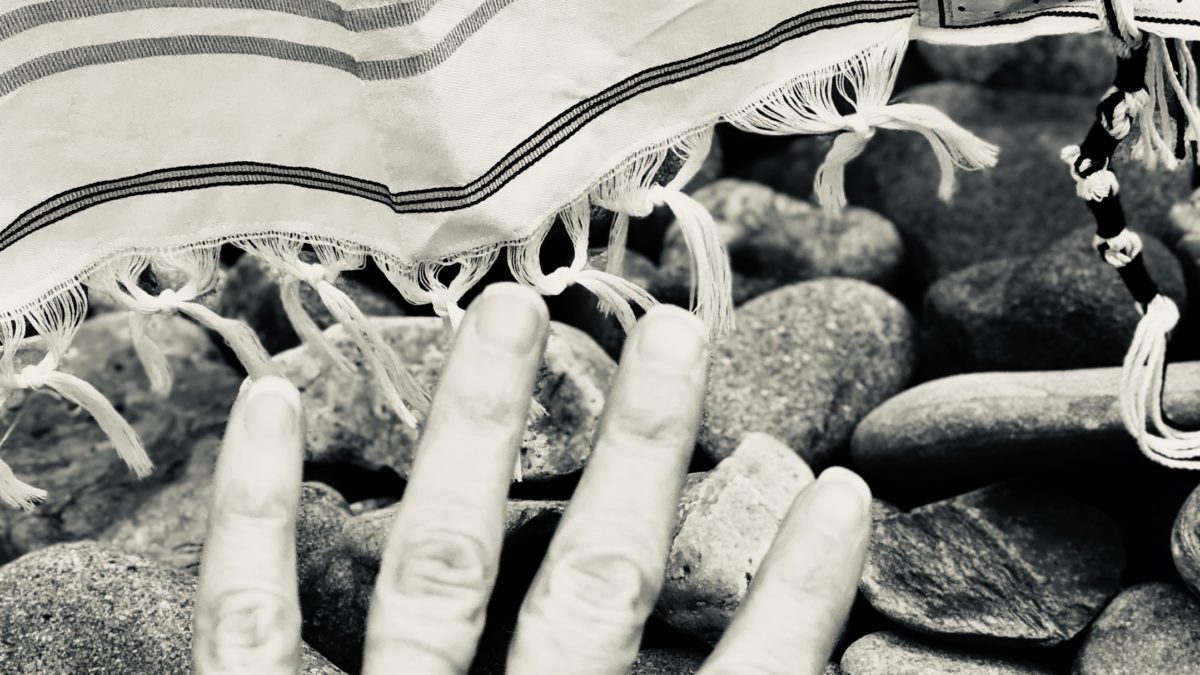 And a woman who had suffered from a flow of blood for twelve years and had spent all her living upon physicians, and could not be healed by anyone, came up behind Him and touched the fringe of His garment, and immediately her flow of blood ceased (Luke 8:43, 44–Amplified Bible).

Lunge–(n.) a sudden forward movement of one’s body, usually with arm(s) outstretched to attack or take (seize) something.

There’s been an awful lot of lunging going on lately. At least we’ve heard it so. Perhaps some have experienced it.

Take, for instance, the sudden forward motion toward the last loaf of Butternut bread on the grocery shelf. Or that last roll of Charmin, or even Dollar General’s most generic two-ply.

Or for Purell. Though I haven’t yet experienced it at the store, I’ve seen it online–the urgency for hand sanitizer causing a cyber lunge, which is driving manufacturers to “price gouge.”

What? $700 (not including shipping) for a 3-pack of eight-ounce bottles!

Our current situation–as a community, a nation, and a world–with COVID-19 has led us to feel fearful. Anxious. Desperate. And the ensuing result, at least for some, tends toward greed. Hoarding. Havoc.

We know this, don’t we? Truly. Don’t most of us still believe in the decency of humankind to ultimately desire good for his or her fellow neighbor? At least the majority of us.

For those in Christ, we’re called to put others first. Turn the other cheek. Love others well.

But how? When we fear we won’t have enough. When we’re anxious that we might run out. When one’s worried that a need might go unmet–for him or herself, for a child, for an elderly parent.

I’ve been thinking a lot about someone else who lunged, though for very different reasons. Her desperation led her to do something that was deemed unacceptable in her society. It certainly wasn’t convenient for her, nor was it easy. In fact, it was down right hard. Embarrassing. Humiliating, even.

There wasn’t any natural sanitizer for her sort of uncleanliness. No matter the money, she couldn’t afford the sort of healing she was desperate for, and she certainly couldn’t rally her tribe around her to offer moral support. Her health issue, in fact, kept her away from society–from her friends and family. Like those of us called to isolate ourselves during this world-wide pandemic, she, too, had to be quarantined. It was, after all, the law.

This nameless woman of Galilee had suffered for a dozen years–physically and emotionally. The scriptures tell us that she’d spent all she had in her attempt to find a cure for her never-ending blood flow–which, according to Levitical Law (see Leviticus 15:19-33), deemed her unclean and, much like leprosy or other skin disorders, meant she had to isolate herself and live a solitary, sad, and lonely life.

Imagine. We’re being asked to separate ourselves with our families, with our books, with our technology, and with endless other amenities afforded us in this day in age. And we’re still prone to complain. This woman–if she followed the statutes of her day–lived isolated, without many of the pleasures that were available to people in her time.

And she was weary of it.

Penniless and impoverished in spirit, she decided she had nothing to lose, everything to gain. Hearing that Jesus was nearby, she left her humble home, pushed her way through hordes of people who’d gathered to see the One many were calling Savior. After all, hadn’t she heard He claimed to be Messiah? He’d driven out demons? Regarded women in a society that often did not? And–that one word that mattered most to her–healed the sick?

It had to be a question in her mind, and likely it propelled her urgent push through the crowds which pressed hard–almost making it impossible to breathe. Perhaps she calmed herself the best she could with these words, whispered so only she could hear, though barely–her heart so loud in her breast…

Seeing the Savior–certainly her last hope–she lunged through the crowd just to touch the hem of His garment as He walked several steps ahead of her. And with that one touch…

She could tell it the moment her fingers felt His fringe. That familiar warmth which had kept her apart, missing the many celebrations, as well as those times of mourning–where being with others would at least have heightened the joy, lessened the sorrow. For her, however, any celebration was painfully silent. Those moments of mourning marked with a lament only her four walls and a ceiling could hear–not to mention, several who perhaps suffered similarly.  Knowing she mourned alone merely made the grief grow, last longer. After all, there’s both ecstasy and comfort in empathetic company, though not for her. Not for twelve long and lonely years.

But with that one touch, the blood flow ceased, and she knew it.

And He knew it.

When no one stepped forward, He inquired again.

Someone touched Me; I know that power has gone out from Me (v. 46).

And so, though she’d hoped to slink away with her healing–thank her Abba from afar, in the quiet of her home as she packed up her things to return to what she hoped would be normalcy–she knew He knew, and she knew it was no use to hide.

Trembling, she fell again at His feet–lunged once more at the One she loved, though she’d only just met Him.

In the presence of all the people, she told why she had touched Him and how she had been instantly healed. Then He said to her, ‘Daughter, your faith has healed you. Go in peace’ (8:47b, 48).

And she did–after that moment she lunged for Life. And thus, she could go and, once again, offer life to others in her home, her community and beyond.

Friends, we’re all feeling a little uncertain in these precarious times. Perhaps we’ve been guilty of lunging for that last package of toilet paper or gallon of milk.

It’s not too late to do what’s right. What’s decent. What’s Christlike.

Then, ask Him to help you–to fill you with His courage, clothe you in strength and dignity with no fear of the future (Proverbs 31:25), that you might laugh at the days ahead rather than tremble with timidity.

Finally, seek ways–guided by His Spirit–to serve others. He’ll show you, directing you to those who might not only need that last loaf of bread–even that lone, coveted bottle of hand sanitizer–but maybe need even more a comforting word, a smile, and a reassuring elbow bump.

In Christ, we can do all things.

In Christ, we can extend kindness.

In Christ, we can sacrifice so another can have.

It’s Jesus who’s the Way through these trying times.

It’s Jesus who’s the Truth in these trying times.

And Jesus alone offers Life in these trying times. 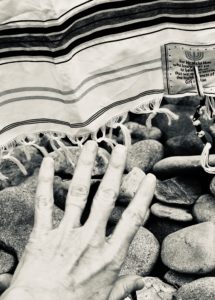 Dear Jesus, thank you for being a beautiful example to us–showing us how to live in the best of times and in the worst, most trying of times. We are grateful, and we long to follow after You–lunge for You when desperation takes over. In You alone we find our strength, our courage, our generosity, and our kindness. Let it be so. 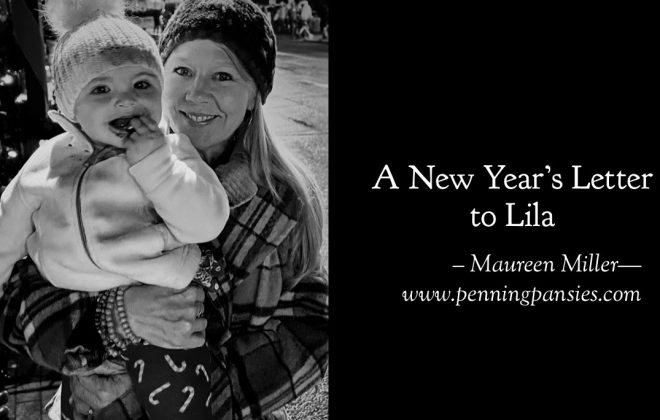 A New Year’s Letter to Lila 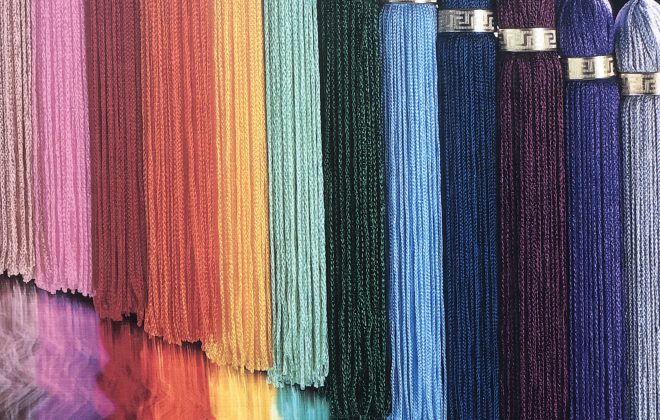