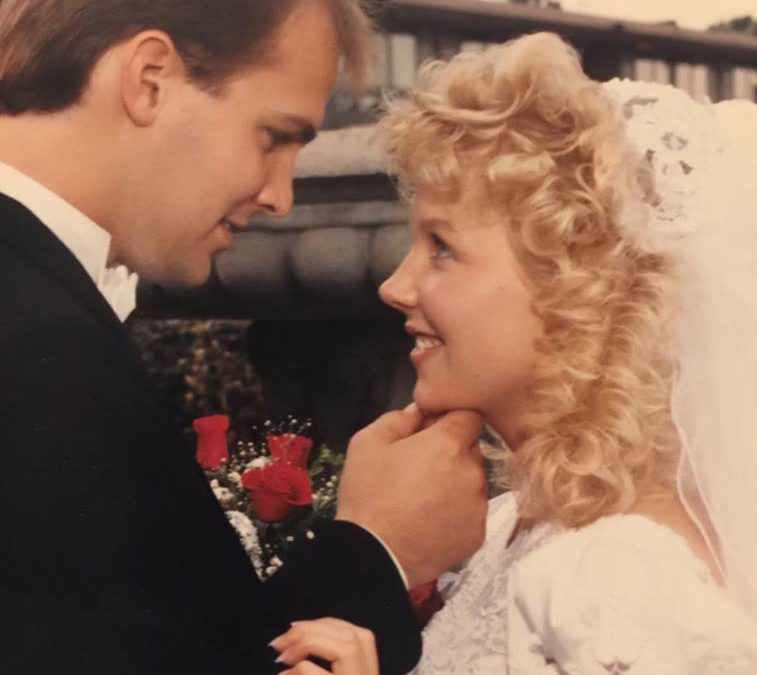 The Bridges We’ve Crossed by Taking the Plunge

We’ve come so far, have we not? From the kids playing marbles and riding bikes to the adults we are today, we’re here to help our adult children (older now than we were when we took that plunge in 1989) navigate futures with college and career.

We’re here to help our daughter determine how to best interact with others in a technological age with quick responses and too many options for perhaps saying the wrong thing, all the while with a plan to erase the evidence. How we’ve seen her heart broken more than once, and we’re here to pray with her–to help her heal through forgiveness while learning from such lessons not to be that kind of friend.

Times have changed. On that day you’d first asked me, you’d sent your message the old fashioned way–a note scribbled on a slip of paper to be delivered by a classmate at recess.

Will you go with me?

The proof was there for all my girlfriends to see. You’d chosen me, and I had an important decision to make.

I was only two years older than our Allie is now on that day I made that decision. With giggles and jibes from my gal-pals, I’d said yes to the deliverer who then carried my response on rapid boy legs across the gymnasium, and you’d smiled and waved.

And that was that.

Oh, how little we knew. How were we to know the bridges we’d cross to get to where we are today–where we can look back over three decades and a year of marriage, see what we couldn’t see then and smile, even through tears?

Take, for example, that first bridge called Disillusionment–when we faced the choice after only a couple years of marriage to press on. I’d brought with me too much expectation and too little determination, and before we’d seen our third anniversary I felt as though I needed to call it quits. But you said no to giving up, said you loved me anyway–that you’d be there, no matter what. Your invitation to stay–to unpack my suitcase, even with all the imperfections there inside–made a world of difference for this girl who so wanted to be a woman but just didn’t quite know how. My hesitation to cross that bridge was simply fear, dear–but you held my hand and guided me across, and that changed everything, from that day forward.

Because the next bridge came quickly. It was one called Infertility, and though it was merely one word, it was spoken by experts in their field, and they shattered our dreams and sent us reeling. Being in medicine yourself, you knew they knew, even when I wanted to bury my head in the sand for a time, pretend it was all a bad dream–that I’d awaken to discover my body worked the way it was supposed to work and that I, too, was made for what so many others found so easy. I just wanted to be a mom. Was that too much to ask?

You waited patiently as I took baby steps across that bridge–held my hand as you’d promised to do. Remain, no matter what …

For better, for worse.

Isn’t that what you’d said on that day less than half a dozen years earlier? And you were, as I was discovering day by day, a man of your word. The teenage boy who sometimes forgot to call me or failed to remember a day that I’d alone deemed special (like the anniversary of our first kiss or the anniversary of the anniversary of you having forgotten an anniversary) had grown to be a man who kept his promises, even when I struggled at times to remember mine. Your resilience helped me get to the other side where God’s promise was waiting in the faces of three children who, though they don’t look like me–you either, for that matter–were born in our hearts just the same.

Yes, dear Bill–there’s a lot of Ian, Jacob, and Allie in each of us, is there not?

And what about the bridge we crossed called Sickness? There’s a much bigger, more specific name for the particular illness you faced when you were forty and we’d been married half that number. I can’t spell it, and I honestly don’t want to, as we can see it now in the rearview mirror and that’s just where I want it, thank you very much.

But you were sick, and, as with so many other illnesses, that sickness led to other sicknesses, and quite honestly, it sometimes felt we were climbing an uphill bridge–like the kind that lifts to allow boats to pass. There were times when we’d climb the ladder of that bascule bridge all the way to the top only to discover a wide chasm which lay before us, and we weren’t sure how to get to the other side. And we were tired, for crying out loud. It was then that the Lord met us each and every time–comforted us and cheered us on–because that’s what He always does. Goes with us. Reminds us we are not alone. Offers us just what we need when we need it. He was with us on that day when I, like you, promised while holding your hand to remain …

In sickness and in health.

And we knew He was right with us as the weight dropped off and your kidneys tried to fail. Through one surgery and then another, and then another third procedure, He was there. Alway, always there.

And He’s been there, as have you, as have I when we’ve faced the bridge called Loss, and there’ve been several through the years–with the loss of loved ones through death, the loss of two daughters through others’ choices, the loss of dreams and, sometimes, what has felt like the loss of hope. But, dear Bill, we are not, nor will we ever be, without hope.

So, it should be no surprise that we recently decided to halfway cross a bridge again, then take the plunge–as if our doing so solidifies each and every bridge we’re yet to face. By jumping on 1 … 2 … 3, we shouted to all the unknowns of what might still meet us on the other side, proclaiming–

No matter what–we’re all in! We took the plunge once, have faced, then crossed, many bridges only to find that we’re both still standing strong, and stronger still …

I’ll cross any bridge as long as you’re beside me. Thank you for never giving up on me and for always believing, even when I was blind and sometimes doubtful. I’m eternally blessed with you as my best friend. Don’t forget–then and now …

I love you a bushel and a peck and a hug around the neck … forever! 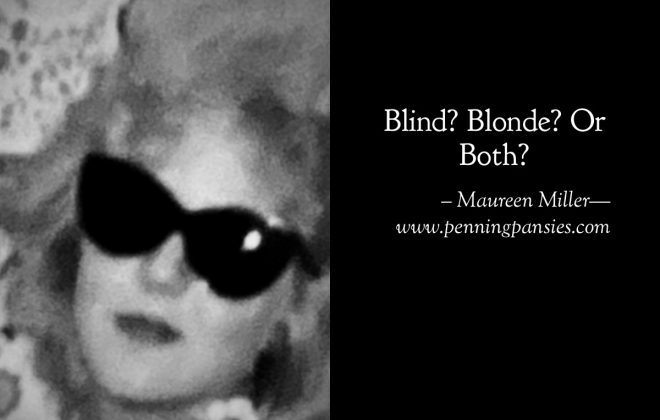 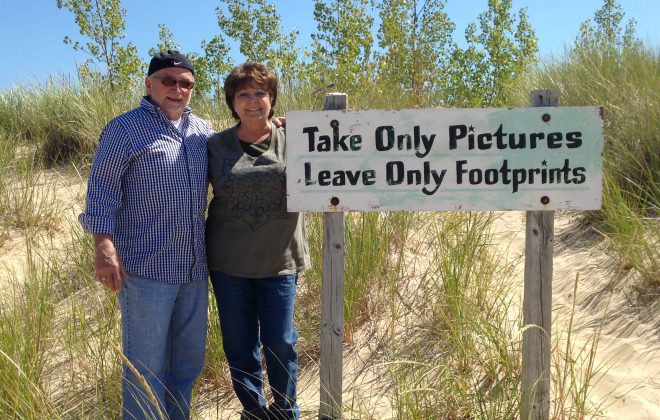 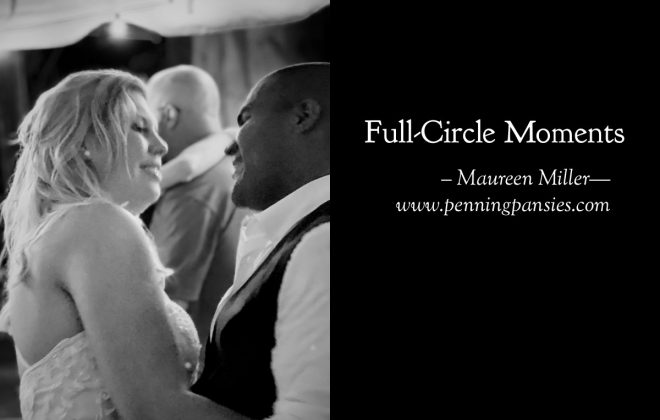