Home > His World > A Letter to Officer Derek Chauvin 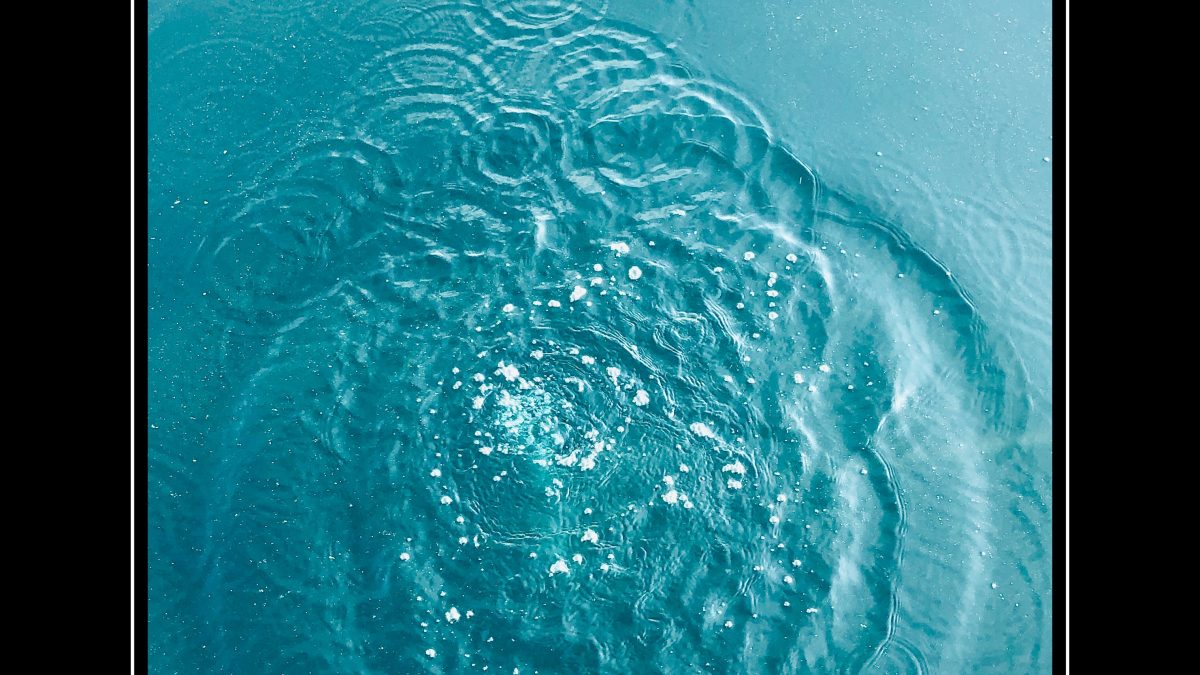 A Letter to Officer Derek Chauvin

I’m not going to lie. My heart’s been saddened since last May 25th–when one man kneeled for 9-minutes on the neck of another, and the world hasn’t been the same.

Sometimes I find solace in writing a letter. Such is therapy for me, but perhaps it will also benefit another.

I can only hope and pray it somehow brings a bit of peace to a hurting, broken world that’s turned upside down.

After all, hope is what we have.

Breathing out, I belong to You.

Have you heard that before? It’s a sort of prayer, and it’s much less labored now. Like so many, I’m thankful for our friend Brennan Manning who taught those five simple yet profound words that are as easy as an inhale. An exhale.

Breathing–it’s an elusive thing, is it not? Most of the time it goes unnoticed. Until it’s labored. Painful. Problematic. It’s done unconsciously nearly 20,000 times per day, every day, by everyone–irrespective of race, gender, color, or creed. It’s one thing we all share in common, and it’s easy. Until it’s not, until breathing becomes a battle.

I guess that’s why the “Breath Prayer” is particularly meaningful to me now–that inhale, Abba …, exhale, I belong to You.

I’ve thought a lot about breathing over my lifetime, over decades, in fact. As a child, Mama taught me a passage of scripture from the Bible’s song book. The last hymn to God, I believe. Final verse, in fact. How’s it go? Let everything that has breath praise the Lord … (Ps. 150:6).

Being a lover of music myself, I noticed something. The composer of this particular song repeats those three words, Praise the Lord, which I suspect means they’re pretty important.

I don’t guess I did that very well throughout all my years. It came easy as a child, before much of life got in the way–when the weight of the world began to pull me down, make me feel sometimes like I was drowning. I suppose some of the joy just got choked right out of me, at least for a spell. That’s when it was first hardest to breathe, I reckon, and I doubt my life did much praising neither.

But I’d get myself straightened out, make Mama proud. She was always the best encourager–whether in sports or when I went to college. Indeed, she was always my inspiration, and it made me sad more times than I can count–thinking how I let her down. Breathing just got to be so hard.

Breath … Life. They’re synonymous, don’t you think? You can’t have one without the other, at least not for long. Certainly not for more than nine minutes, which makes me wonder …

Did you wake up that particular May morning intent on murder? Had you had enough? Had your work as a police officer in Minneapolis taken its toll, become too hard. Had you seen one too many armed robberies, pulled over one too many speeding automobiles, handed over one too many citations? Was it one drug deal too much? Was I one resistant suspect too many? What made you snap–handcuff another human being, then kneel on his neck for 569-seconds until the life was drained right from him? That’s over 120 breaths I was supposed to have. You robbed me of them.

What were you thinking? It’s not the first time we’d met. After all, we both worked at the same nightclub–serving in just about the same manner, only you were licensed to carry a gun. Me? I just had all 6′ 6″ of me, and that was often threatening enough. But not on May 25th. Not that day.

That was the day of a series of mistakes, and I know my wrong. Believe me. I’ve lived with my poor choices most of my life. But nothing I did or could’ve done warranted what you did. What you chose to do. And I think that’s what most folks just can’t quite understand, no matter how bad your day. Your marriage. Your life. Why? Weren’t you considering the consequences? And not just for me and you but for the broader community? For Minneapolis and beyond?

From my perspective now, I better understand, and I can comprehend how our world hurts the heart of our Creator–in whose beautiful image we’re each created. The first sin that separated humankind from Him, replacing the intimacy with an independence that hasn’t served us well–that’s what we’re still witnessing now.

This power-struggle fueled by pride.

I thought the war in the Third Ward of Houston was bad, but that’s not a drop in the bucket compared to what we’re experiencing. When I ministered to youth and struggling men, faulty though I was, what did I say to offer hope in the midst of the battles all around us in the projects?

I’m no different. I share the same struggles and setbacks. Like you, I’m flawed. But, by the grace of God, we’ve been given a second chance. Because our lives matter to Him. So, let’s start right now. Put down your weapons and choose love. Violence isn’t the answer. Instead, remember God loves you. So do I.

That was my message, though it was delivered by a far from perfect vessel, that’s for sure. I know that best of all. Knew it, too, on that day. May 25, 2020.

The day I couldn’t breathe. The day breath became a battle. That day I breathed my last, at least on earth.

And some might think, perhaps even you, that our praising ceases when the breathing ends, but I’m here to argue, which is something I was pretty good at much of my life. Arguing came about as easy for me as football and basketball, or throwing together a good rhyme for a rap song, and I used it to my advantage, right up until the bitter end–at the intersection of 38th and Chicago Avenue.

But what you must know, Derek–what I need to tell you–is that the bitter end there, on that day, was my beautiful beginning here, and the praising is ceaseless, the breathing in Heaven eternal, and that’s all right. Yes, indeed–that’s just fine.

Mama’s words which rang in my ears over many years, especially after she joined Jesus in 2018, well … they’re ringin’ still. Only now, she’s right here with me. Our praises are a duet, and with every breath–yes!

When I called out for her while crushed to the pavement, God heard my plea. Because He bends low to heal the brokenhearted, and as ugly as those nine and a half minutes–those 120 broken breaths–may have seemed, Jesus was with me. Mama too. And he reached out and took me Home. Yes, sir. Yes, indeed.

So, my brother–I know now what I couldn’t have known before. Everything’s come clear, like haze dissipating from fields, burned away by morning sunshine. And I simply must share.

I see all the chaos in the wake of my murder–the looting and rioting. It makes me sad because, again, I always hated violence and, despite my many personal inconsistencies, tried to advocate for peace. That was my heart anyway, tainted though it was.

What I see, all the chaos, will never bring the answer. This struggle for power fueled by pride is the very reason the world is as it is, and it’s been so since the beginning. You and I, Derek–we simply represent a bigger problem. Two individuals, yes–one black, one white … one a criminal, one a police officer–but there’s more, irrespective of our varying color or our standing in society. We symbolize this world’s systemic flaw. Like breathing polluted air because that’s all we have–that systematic taking in of oxygen, releasing of carbon dioxide. An inhale. An exhale.

It’s a miracle really, dirty though earth’s air be, and we’re not different but, rather, the same. Created in the image of God–created for good works in Christ, though we both fell terribly short. Oh, how I wish the world could see what I now see. But I can intercede for such. My prayers are finally pure–a fragrant offering coming with each breath, ceaseless praise before God’s throne of mercy. Of grace. Yes, indeed–once a sinner, now a saint.

Until that day when all things are made new, as God intended, one must live with consequences. You will certainly live with yours, just as I once lived with mine. I find it ironic that you will likely spend the equivalence of my earthly lifetime incarcerated. Because you robbed me of breath, you will take nearly 330-million breaths behind bars, in captivity. This justice, however, brings me no joy. Not now. And even though many perhaps desire that you die in prison, I do not hope for this. I only hope you come to know Jesus’s sweet breath–the fragrance of Heaven, because he brings freedom, no matter where one finds himself.

In closing, as I reflect upon that day, I wonder. Perhaps my pride brought out your prejudice, or my prejudice stirred up your pride. We were just two sinful individuals reflecting the dark and insidious nature of humankind, and it’s what we now see in the wake of my death–all this division and hate. But don’t forget–the ripple effect can be for bad or good, and one pebble tossed in water can stir up violence and destruction, or it can perpetuate peace.

I pray my good name will, in time, lead to the latter. Either way, by the grace of God, I’m finally free.

I belong to You.

He belongs to You.

Because you do, Derek. Whether you know it or not, by God’s grace, you do.

And because of the mercy of our loving Savior, I can say with utmost sincerity, with genuine love … 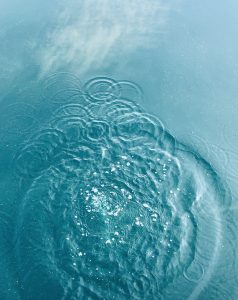 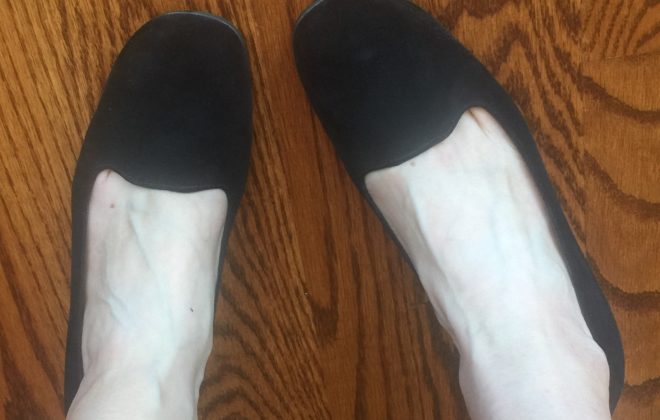 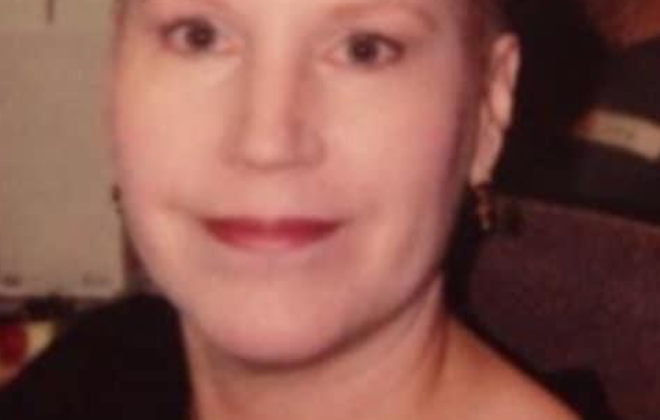 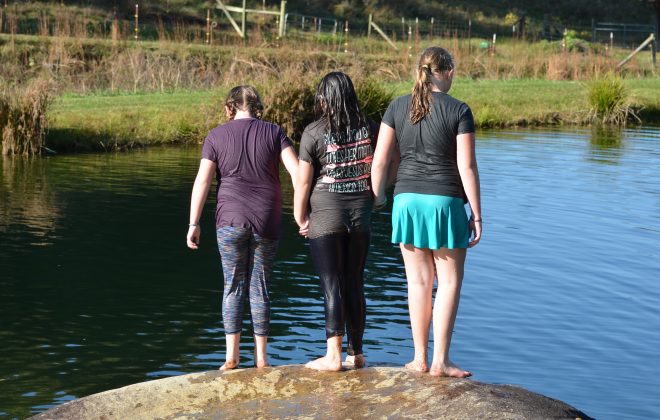