Home > His World > Comfort Across the Coffee Table 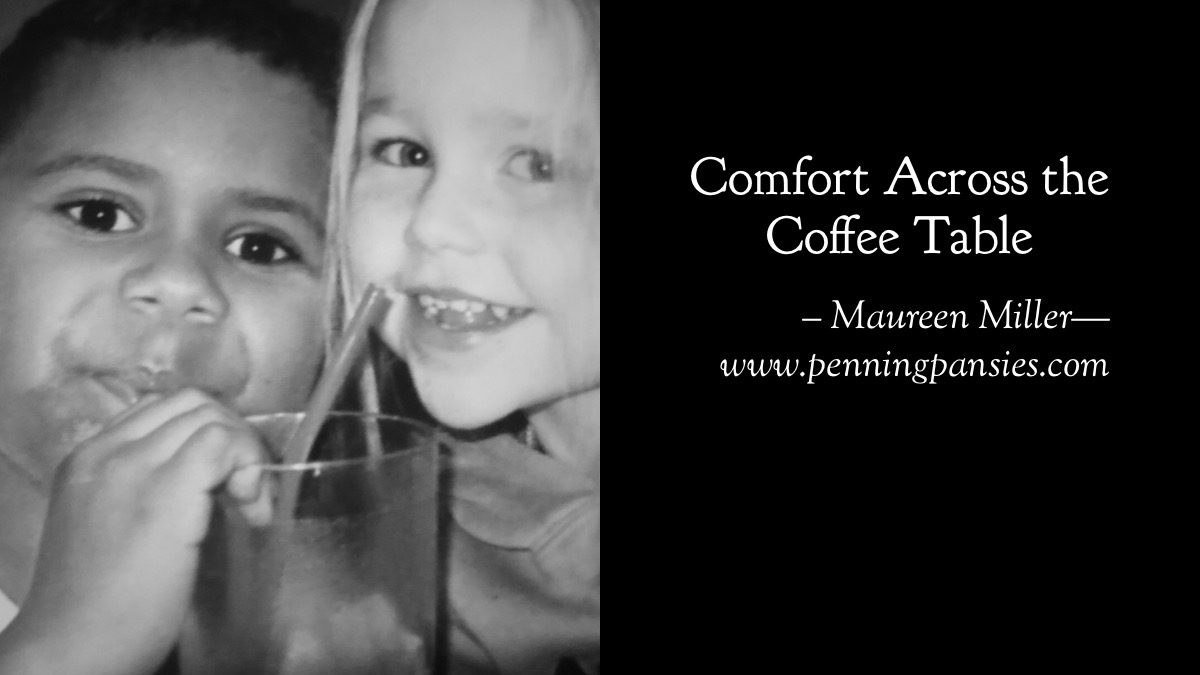 Comfort Across the Coffee Table

“My husband’s having an affair.”

Her words stopped me in my tracks. Returning my mug to the coffee table, our eyes met. “Really? How do you know?”

“He told me. Just yesterday. Said he doesn’t love me and that he wants a divorce.” She paused. “To marry her, no doubt.”

I struggled for words. Finally, “I’m sorry,” and my eyes welled. I hurt for my friend.

My friend. This young woman I’d only known for a month or two prior to that fateful morning when the world stood still, when planes crashing into buildings or buried in the ground made a nation’s heart stop, when we thought life would never be the same.

We’d moved to our little house on Primrose Avenue in the quaint, artsy community called Brood Ripple, nestled within the larger city of Indianapolis, in June of that same year. I don’t recall our first introduction. She and her husband had a daughter our Ian’s age and twin sons close to Jacob’s. Of course we became fast friends, sharing life in our postage-stamp backyards enclosed by chainlink–watching toddlers splash in wading pools and wiping melting popsicles from sticky preschoolers’ mouths. Generally speaking, we cheered one another on in motherhood, crying over some parenting hardships, too, which is no small thing. 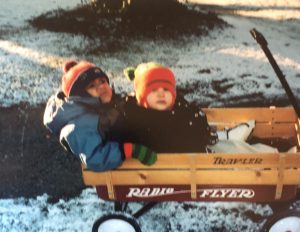 We’d moved to Indiana in 2001 for Bill to complete a one-year fellowship in orthopedic spine. One year! And I was none too happy about it, let me tell you. We’d lived near Greenville, SC for the previous five, and it became home. It’s where my closest friends were. My church family. Many memories were made in our first-ever purchased home off the quiet cul-de-sac called Cedar Ridge in Simpsonville. Our boys came to us while there. They’d taken their first steps, spoken their first words, and made their first friends.

When we said goodbye to Greenville, I left a bit of my heart behind, and I battled bitterness. Kristi made a difference. Despite our not having a strong spiritual kinship, she was, like me, a young mom, and we bonded over bologna sandwiches and Gardetto’s snack mix, Blues Clues and Oswald. 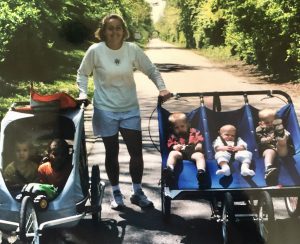 Somehow, on a bright summer morning, we met. Thus began our almost daily encounters–either at her house or ours. And, over time, I felt the heartache lessen, the loneliness and depression dwindle. In their place, friendship blossomed, and I was reminded, once again, why God gave the gift of girlfriends.

When 9/11 happened, I was home alone with our two boys, preparing to take them to their first day of preschool at a church only a short wagon-ride away.

My sister Katie called. “Are you sitting down?” she’d asked.

I immediately thought something had happened to our parents who were traveling home that very day from Arizona, having been working on a Navajo reservation for two weeks. “Is it Mom and Dad?”

I did. Moments later, I watched as a plane–the second, I learned–hit one of the Twin Towers. It all seems a blur now–the minutes that turned to hours that, quite honestly, turned into days, as we watched the horror being replayed over and over. And, as days passed, we learned more, discovering who’d caused the atrocities that took lives–leaving women and men widowed, children without mothers and fathers, parents without their sons and daughters. Friends without friends.

Honestly, I don’t remember Kristi and me talking much about this. It’s as if, despite our both having caught up on the latest sadness in the world prior to that knock, once we were face to face at her door or mine, such was no longer discussed. We had children to tend to, lunches to make, and toys to put out and pick up. And that was enough.

And somehow, that was our saving grace.

So when I stared at my friend, the one who’d come to mean so much, on that bright morning in early springtime 2002, I wanted to hush the bird just outside the window. His song was too abrupt, too cheerful, for her brokenness. After all, we’d only just pulled ourselves out of the ash heap that 9/11 left in our hearts, and here we were again. This, too, felt immense. The truth of a husband’s unhappiness crashed into Kristi’s hopes, for her and their children–leaving them with an uncertain future.

I know my face grew hot as I heard in my heart what it was I was supposed to do, and I argued with God, though under my breath. What if I embarrass her? What if she thinks I’m a freak? They were valid questions, but God was not deterred, so I swallowed. “Um, I just…” I began. Taking a deep breath, “I just can’t tell you how sorry I am, Kristi. I know your heart must be broken.”

She nodded as tears streamed down, and I reached to remove a napkin from the basket just at arm’s length. Handing it to her, I knew I couldn’t stall any longer. “Kristi, this may sound crazy, but sometimes life is just too hard. I know. I’ve faced sad situations too, though not like this.” I paused, breathing deeply again. “I’ve learned that, when we don’t know what to do or where to turn, there’s always Someone who’s near.” I cleared my throat. “Can I pray with you?”

Through the napkin pressed to her face, our eyes met again. “Yes,” she managed.

I don’t remember what I said, probably something about God being near the brokenhearted. I’m sure I wanted to say, “Smite the man,” but I didn’t. Instead, I’m certain I asked God to help her sense His peace, His presence–to let her know that He would never leave her or forsake her, even when she felt alone or afraid.

Because I knew she would feel those things, especially in the ensuing days when she’d reach for her husband across their bed and wake from her dreams to discover him, yet again, gone. The tears would flow, and she’d be alone with her fear.

At the very least, I asked for God to show her His love, even when the one who, not even half a dozen years earlier, had promised her his, undying and unending, broke his promise. Some love dies. That’s just the plain truth.

I don’t recall all I said, but I’ll never forget, for as long as I live, Kristi’s words to me. After I’d said, “Amen”–that punctuation on a prayer…

I looked up, and, once more, Kristi’s eyes met mine. Though still laced with tears, they told me something different. Indeed, if eyes are windows to the soul, they spoke, not of despair but, rather, of hope. If that wasn’t enough, my friend found her words. “Thank you.” She paused for a moment. Then, “No one has ever prayed with me before.”

That was nearly twenty years ago. Since that day, I know only a handful of things about my friend who lived two-doors down on Primrose Avenue–all of them hard.

She and her husband divorced. Around that time, another family member was caught up in a sex scandal that became public. Not long after, we moved away mid-summer 2002, and Kristi suffered severe injuries after being broadsided at an Indianapolis intersection. Though many of her outward wounds healed, she has permanent memory loss. Finally, only months later, she was diagnosed with Multiple Sclerosis and has ongoing, debilitating health issues as a result.

As I’ve heard it said–

Life is hard. Handle with prayer.

For some, life certainly seems harder. I pray that Kristi’s never forgotten the settling hope that she experienced, even in the midst of her greatest grief, when another swallowed her pride and prayed–a simple act of obedience that, by God’s grace alone, made a world of difference. 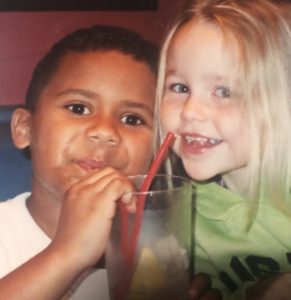 And I pray–Oh, I pray!–that that particular prayer, though she said it was a first for her, wasn’t the last. And I pray that she, too, prays for others in return.

How can I pray for you, dear friend?

Dear Jesus, be near. Please be near. 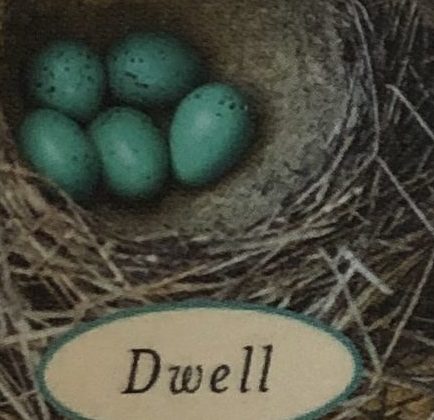 In Her He Dwells and Shines His Light 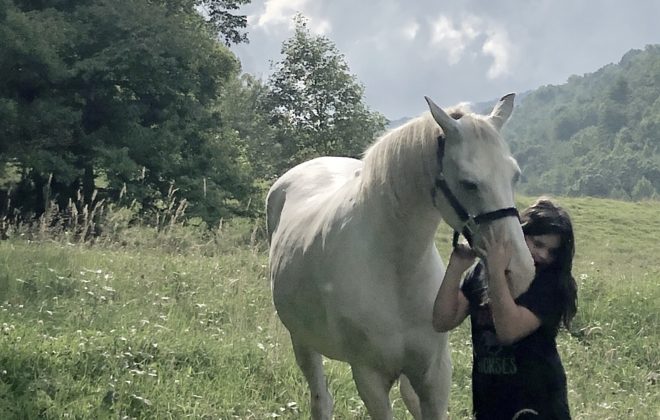 O Happy Day!–A Room of Your Own! 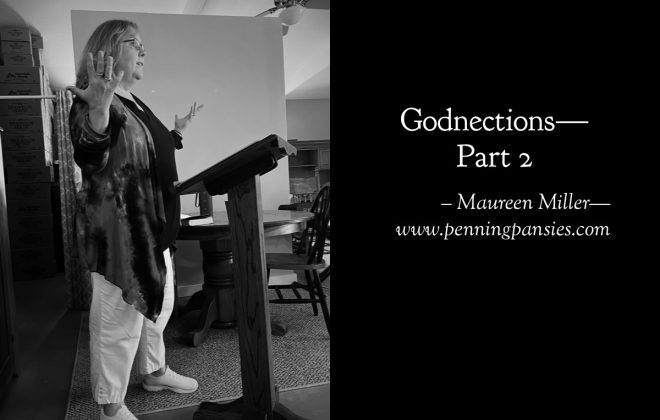