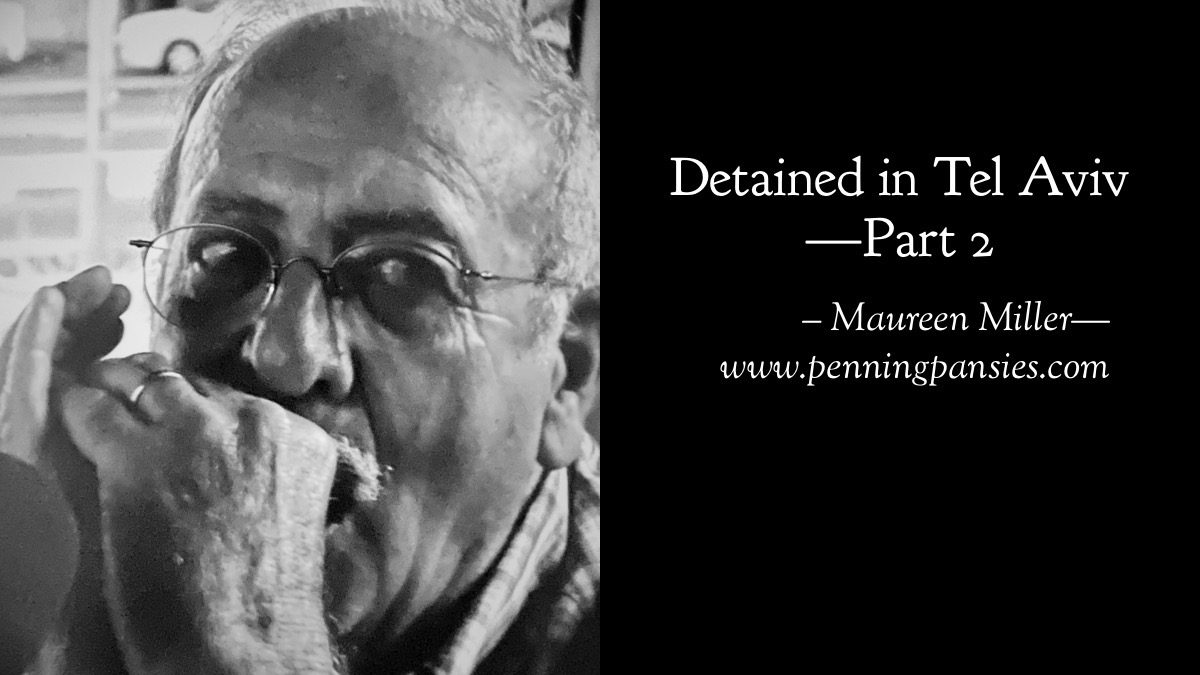 “Surely your goodness and love will follow me all the days of my life…” (Psalm 23:6a NIV).

So… about that little detail regarding being detained in Tel Aviv…

Funny how it was only after it was decided that I’d attend the Women’s Aglow International Feast of Pentecost Mission that the enemy–the one who seeks to steal our peace and joy–determined to fill my heart with fear.

Furthermore, there’d been increasing tensions in the Middle East, even some specific warnings regarding Americans visiting Israel, given several suicide bombings.

As my trip drew nearer, what began as excitement started to feel more like dread as the enemy stirred anxiety, tried to tempt me to worry rather than trust. I wondered–

Did I hear correctly? Am I really supposed to go to Israel right now? Surely God wouldn’t want me in harm’s way.

I earnestly sought the Lord in the days leading up to my departure, and God, in His graciousness, continued to confirm that I was indeed in His will. This was the time. No matter what was happening in Israel, I couldn’t be more safe, held in the confines of His perfect plan. As I journaled–

“Despite terrorism… and heightened terrorist alerts, I know that I have nothing to fear. I’m to move forward, staying ‘strong and courageous’ with the Lord as my shield and my defender.”

Besides several well-meaning family members who called to voice their concern, I was showered with encouragement. Thus, I departed on a bright June day with complete peace, that is, as long as I kept my eyes on the Lord. He’d spoken time and time again about this trip being a blessing, not only for the people of Israel through the prayers we would offer at her borders but for me personally. I sensed I’d not return home the same person.

The ten days in the Holy Land passed quickly. Our large group, primarily made up of women, was broken up into smaller groups, and we were each assigned a particular bus, a driver, a security guard, and a guide. 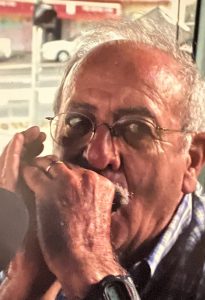 The guide for my group was a wonderful mid-aged man named Jacob Tamari. He was enthusiastic and knowledgeable–filling our bus each day with songs of worship and his gifted harmonica playing. He had a genuine love for God, and when asked, “Do you believe Jesus was and is Messiah?” he was earnest in his response. After several moment of consideration, he said–

“I know Messiah is coming, maybe for the second time. All I can say is that, when He does come, we will ask Him, ‘Have You been here before?’ and then we will know if Messiah is Jesus.”

I can say that we all came to truly love and appreciate our kindhearted, compassionate guide Jacob. He was God’s good shepherd to us, and I would soon know this to be true in an even more tangible manner. 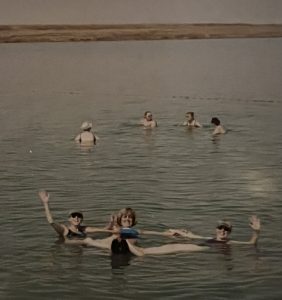 Our trip ended with a lovely banquet at our hotel in downtown Jerusalem. Governmental and religious leaders alike joined with the leadership of Aglow International to thank us for being a part of this mission, for supporting Israel, despite the difficult times, with our prayers and tourism. We were even issued a certificate of appreciation, signed by the Minister of Tourism.

At the banquet’s conclusion, we loaded our buses to return to Tel Aviv and the Ben Gurion Airport, as it’s called. I was tired, my heart and mind full, and I hoped to sleep well on the return flight to JFK.

Security was heavy, and the guards in the terminal, though not particularly unkind, were stern. It was a “no-funny business” atmosphere, to say the least. Not one to make waves, I quietly took my place in the line.

It moved rather quickly, and soon it was my turn to speak to an agent, show my passport, and answer the questions I was asked. I hoped they wouldn’t be too difficult or that I’d struggle to understand the agent’s broken English. My hands began to sweat.

Obediently, I handed the woman my passport.

“State your name, where you’re from.”

Deep lines spanned the woman’s forehead as she looked from my passport photograph to me, then back to the photograph. “What was your purpose in Israel?”

I cleared my throat. “Um, I was part of a Christian women’s mission, traveling with Aglow International.”

Her seriousness increased, the lines across her forehead seeming to run vertically down her temples. “And you’re a member of this group?”

I paused, considering my answer. I wasn’t technically a member–not in a card-carrying sort of way. So I answered honestly. “No. But I’ve been with them this week.”

That’s when the woman met my gaze. “You’re not a member of this group?”

That seemed to concern her, and she called over another agent who looked from me to my passport. I worried the photo didn’t look like me, with the flushed tone of my cheeks, worry lines around my eyes.

“Um, I have been with this group all week,” I offered, to which the first woman waved her hand, as if my words would dissipate like vapor.

The two spoke, though I couldn’t understand a single thing they said. Finally, “You will need to come with us.”

At this point, I was sweating and shaking, certain everyone around me thought I was a terrorist. I fumbled for my carry-on and jacket, then followed the women.

They led me to a room with a single table and a chair, as well as a stark overhead light. The door closing behind me stirred further panic, and I heard the voice of the enemy–You’re being punished for coming on this trip with gambling money. Now your worst fear is about to be realized. You’ll be interrogated and left behind. 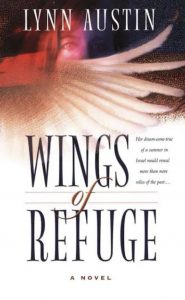 Obediently, I placed my carry-on on the table, unzipped it, then stepped back. The women rifled through, took out my journal (into which I’d pressed flowers from our travels), my books, and a change of clothes. Although I thought they’d spend more time with my journal, they were fixated on the novel I’d brought–Wings of Refuge by Lynn Austin. I’d hoped to have had more time to read, but I’d barely cracked its cover, couldn’t even tell much about it, other than my mom had recommended it.

“And this?” It was the second woman.

“My book?” I was confused. “Lynn Austin is an American historical fiction author.” My voice sounded strange in my ears.

Turning the book over in her hands, she read, then looked up at me again before tossing the novel in the trashcan beside the table. Just then, there was a knock. The first agent went to the door, spoke to someone on the other side, then turned to the second agent. “I’ll be back.”

Sensing the enemy lurking, I began to pray those five powerful words my mom had encouraged when I battled fear as a child.

Several moments later, the first woman returned and spoke in Hebrew to the other. Then the second abruptly left, and the first commanded, “Here are your things. You are cleared to go.”

And just like that, I was through security and sitting in a seat in the terminal, waiting to board. It was as if no one even noticed what had happened. No one even spoke to me–that is, until I heard my name.

The voice startled me, and I looked up. It was Jacob, our guide. Tears welled. “Yes?” I feared he’d come to tell me the nightmare wasn’t over after all.

“Come.” He held out a hand to help me from my seat.

Leading me to two chairs away from the others, his eyes were kind, yet concerned. “I’ve heard you had some trouble getting through security.” His lips under his mustache turned slightly upward.

I couldn’t contain my tears any longer, and they spilled out. “Yes. I don’t know what happened.”

Jacob patted my arm. “I do,” he said. “They thought you were an American spy.” He paused, gave a chuckle. “You. A spy.” And he laughed even harder.

“Well, you are much younger than the rest of the women in this group, and you told them you aren’t a member. Why did you tell them this?”

“Because I’m not. Not really. I only came with this group, but I don’t have a membership with Aglow International.”

“You should have told them you were a member,” Jacob said. “That made them suspicious. Not to mention, that book you had with you.”

“My novel? Wings of Refuge?” I couldn’t imagine.

“You did not read it?” Jacob stifled another laugh. “It’s about an American woman who comes to Israel. She’s a spy.”

I didn’t know what to say, so my silence spoke for itself.

“They only let you go because I saw them take you to that detaining room. I was watching to be sure each of my sheep made it safely through to the gate. I told them you were with me, that I knew you and could vouch for you.”

Again, the tears streamed. “Oh, Jacob, thank you very much. I am so grateful.”

He hugged me, walked me back to my seat, and said, “Now Maureen, promise me–no more trouble. I won’t be there to rescue you.” Then he winked and waved goodbye. 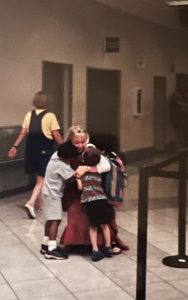 What I can tell you is this–God used Jacob to be a literal good shepherd for this little lamb that day, to enable me to get home to my lambs who were waiting for their momma.

And it reminds me, too, that God will never leave one of His own. He’ll leave the ninety-nine to rescue that one.

I was that one–yes, that night I was detained in Tel Aviv–and I’m so thankful that God’s goodness and love follow me all the days of my life and that I can testify of it all these years later.

The Lord IS indeed my shepherd! 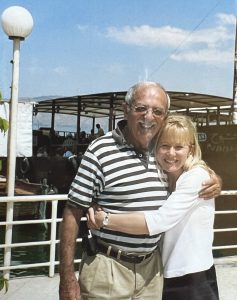 Thank you, Jesus, for being our Good Shepherd and for using others to serve as loving guides in this lifetime. Help me to be that too! Amen.

(To hear a beautiful song by Cory Asbury about God’s Reckless Love, click to listen! And to read Detained in Tel Aviv–Part 1, click title.) 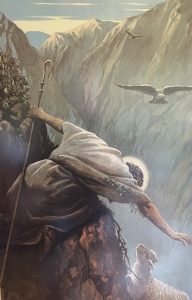 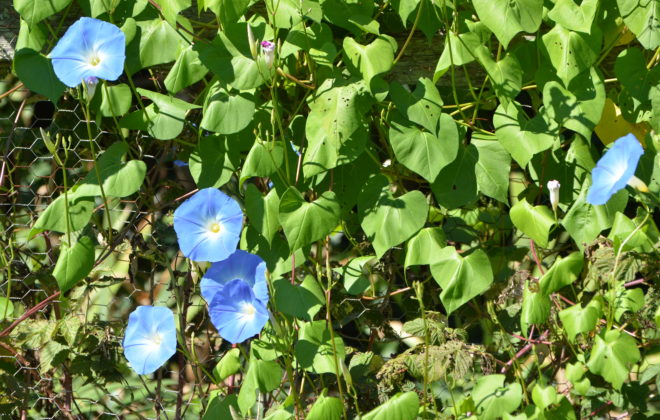 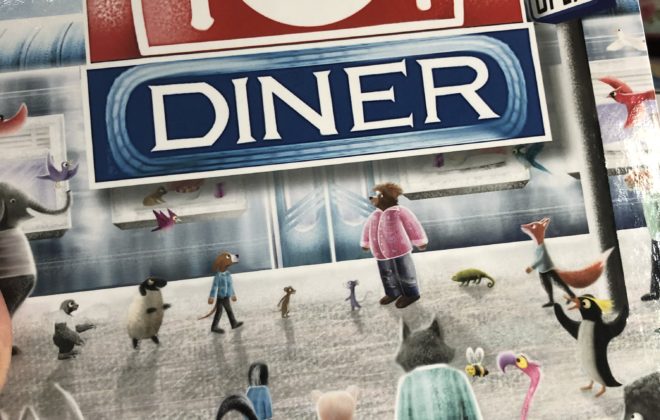 A Visit to ‘God’s Diner’ 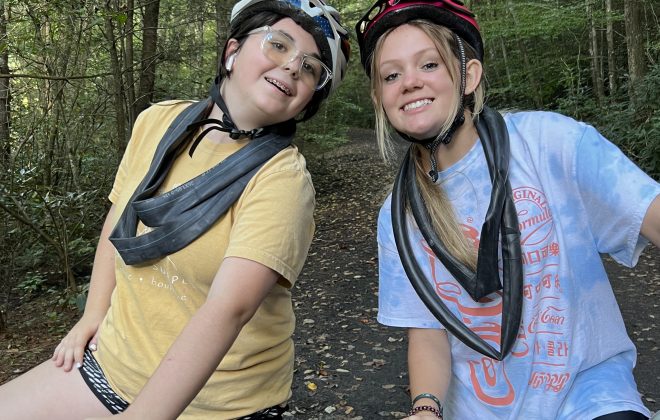 Leadership Lessons Along the Trail