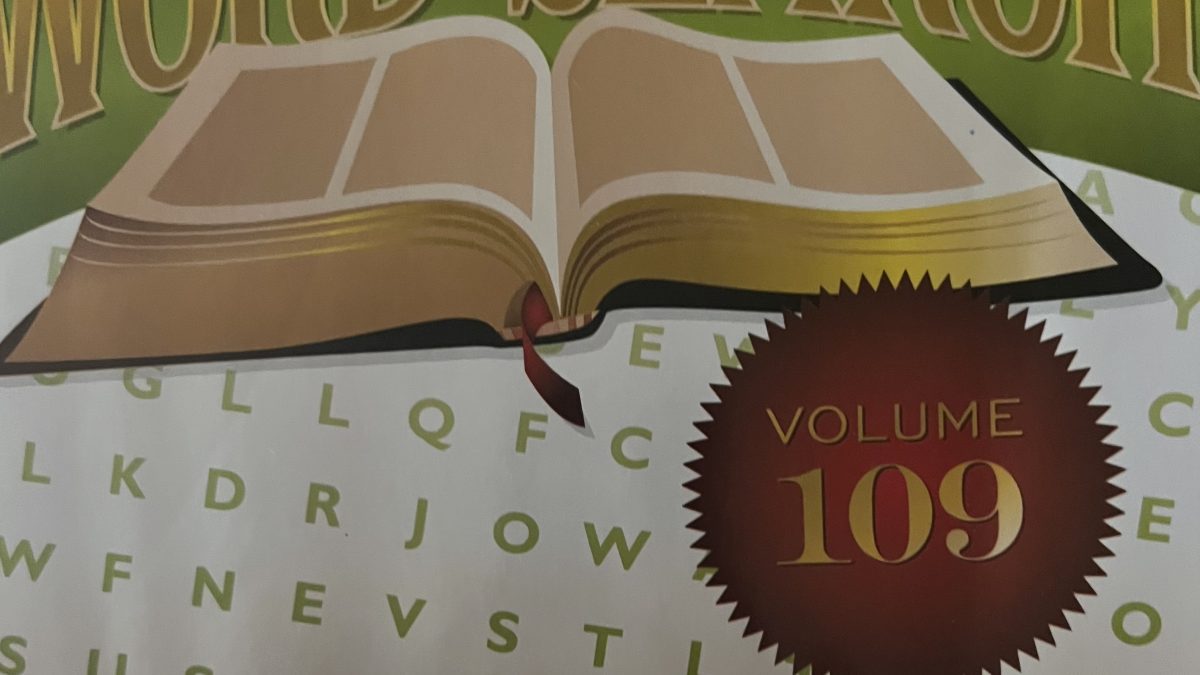 You’ve heard it asked. What’s your word for the year?

This inquiry is everywhere come late December—people blogging about it and posting their word (and often the story behind it) on social media.

But does it matter?

Like many, I began choosing a word several spins around the sun ago. I’d heard others speak about the difference their word made. How it brought clarity. Direction.

Last year, for example, mine was intentional, and this year, it’s calm. While I don’t know what the next 365 days will bring to challenge this word, I do believe there’s a reason it’s important. And likely, at the close of 2023, I’ll have some stories to share.

But how to choose?

From the plethora of options, how does one pick a single word to guide them into and through the unfamiliar territory of a never-lived-before year?

I’ve wondered this, so I spent some time asking.

After prayerfully seeking our Guide on the reasons behind choosing a word, asking God why it’s important, the following two steps is what my listening heart heard. First, He said–

So I prayed—Father, you know what the year will bring. You know the end from the beginning, just what I’ll need to walk like Jesus in the coming days. If there’s a guiding word that will bring You glory and blessing, resulting in Your favor, then that’s reason enough. Help me know what word that is by confirming it for me in a manner that will leave no question. I’m listening.

And what does the Bible say about seeking God by calling out to Him?

Call to me and I will answer you and tell you great and incomprehensible things you do not know (Jeremiah 33:3 CSB).

From this passage, when one calls on Him, God promises to answer. Period.

Knowing what He knows, He’ll not only help us choose the word for the year, but He’ll show us why it’s important as we walk with Him, day by day.

A personal story. I mentioned my word for 2023 is calm. When I asked God to show me the word He had for me, He not only told me, but He confirmed it—something I’m a firm believer He desires to do. 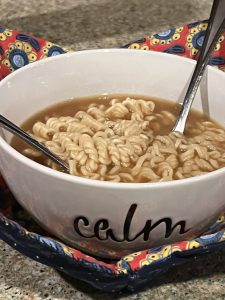 At dinnertime on New Year’s Day, I pondered my options. Then, taking a bowl from the shelf, I saw it. A friend had given us a set of white dishes—each with a word inscribed in black. As I ladled warm broth into the bowl, the word caught my eye.

Hmm, I thought. Was God saying something?

Minutes later, while watching television, a commercial came on advertising an online app. Suddenly, the screen was filled with the word calm in white script against a blue background.

No way. That’s twice, and within only moments.

But God, who I’m convinced has a sense of humor (and sometimes sounds like my husband Bill), wasn’t finished. Perhaps because I’d procrastinated, having waited until the first day of January to really consider my word or maybe because He knew I’d need that word in the coming days, He confirmed quickly.

Only moments after this commercial, Bill sighed as he sat on the couch. “Don’t you love the calm after the holidays?”

Three confirmations and in less than fifteen minutes.

And nearing the end of the first month of the year, I can say there’ve already been several occasions when, wanting to respond with anger or react in a frenzied manner, I’ve heard in my heart—Calm.

Just that little reminder has been what I’ve needed to stop, breathe, and reply to the situation in a slower, more relaxed manner.

Not to mention, only two days after making calm my 2023 word, we were headed over the Vail Pass toward Beaver Creek, Colorado. Blinding snow made the windshield wipers work overtime, and despite his dozen years’ experience as a transport driver, the stranger at the wheel was going too fast for my comfort.

Calm. Calm. Calm, I silently prayed from the backseat.

Yes, God knew just the word I needed less than a week into the new year.

But after a word is chosen, what next?

Indeed, find a scripture passage that relates to the word you feel God has spoken to your heart.

Ask Him—If this is the word You have for me, then what foundation from the Bible is my bedrock for the coming days? I desire to stand on Your Word first and foremost—in my relationships at home and beyond, as well as in my work as a writer, that I might bring You glory all throughout the year. You, Jesus, are The Word. I believe You’re calling me to share Your messages with a world in need. I want to start in Your Word, knowing everything else that pours forth from my life should begin with truth.

And what does the Bible say?

Your words were found, and I ate them. Your words became a delight to me and the joy of my heart… (Jeremiah 15:16 CSB).

What better place to begin with regard to one’s word for the year than with a foundational verse upon which to stand.

Take the word you feel God has given you. Then do a search on Bible Gateway or another similar source. Read passages related to your word and prayerfully choose one. Write the words down. Share them. Commit them to memory.

Yes, hide them in your heart!

Personally, once God confirmed that my word for 2023 was calm, I did a search. Though there were several passages, the one that stood out to me, that which has become my theme verse for this year, is Psalm 131:2—

The image the psalmist creates is one of a child at rest with a mother. A little one who’s hungry cries out, fusses. But when the mother feeds her, offering her sustenance, the child grows quiet, having been satisfied.

Furthermore, a weaned child is one who no longer looks to another for fulfillment. Rather, he rests, finding delight in his mother’s presence.

With calm as my word, I believe the Lord is reminding me to find my satisfaction in Him, my Abba. As a writer, I sometimes battle feeling competitive, insecure, or like I’m a failure. In turn, I may look to others to satisfy a longing for approval, to offer me fulfillment in some way. God, however, wants me to face each moment knowing, no matter what—even with rejections, criticism, or shortcomings—He’s my satisfaction. Resting upon Him, I’m calm, content.

And the outcome? In the quiet, I can better hear Him, as He shares with me His thoughts on what to write. Furthermore, He’ll remind me that He’s pleased with my efforts when I walk in His will. Thus, I, too, should be at peace with my efforts—trusting God to establish the work of my hands for me (Ps. 90:17).

Finally, when I asked God why, specifically as a writer, having a word for the year matters, I heard His whisper to my waiting heart.

Just as Peter had to fix his eyes on Me—The Word—to stay above the water and keep from sinking, you, too, will fix your eyes on the word I’ve given. Yes, I am giving you a focus that will bear the fruit of peace and joy—even pleasure—in the coming days, no matter the storms you’ll face. I know everything, and I know just what you need to accomplish My will, for My glory and the good of a wounded world. The words you’re to write will come as you focus on Me and the word I’ve given you. Now go! Write and watch as I use you to perpetuate calm in the world’s chaos.

Dear friends, I encourage each of us to seek God. Ask Him what His word for you is this year. Then dive in and search His Word for a passage pertaining to it. This verse will serve as something upon which to focus your gaze in the coming months.

Jesus, You are The Word. If You desire I live by a particular word this year, please tell me what it is and guide me in Your Word to find a passage that offers support and a deeper perspective. I want to walk like You in the coming days. Amen! 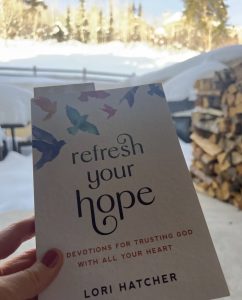 My dear friend Lori Hatcher just released her new book Refresh Your Hope–60 Devotions for Trusting God with All Your Heart (Our Daily Bread Publishing, 2023).

For a chance to win a copy of this timely and beautiful devotional, leave a comment below. Tell us what your word of the year is, or explain why you’re particularly hungry for HOPE in 2023.

I’ll draw one name from those who participate and announce the winner next Wednesday, February 1st. 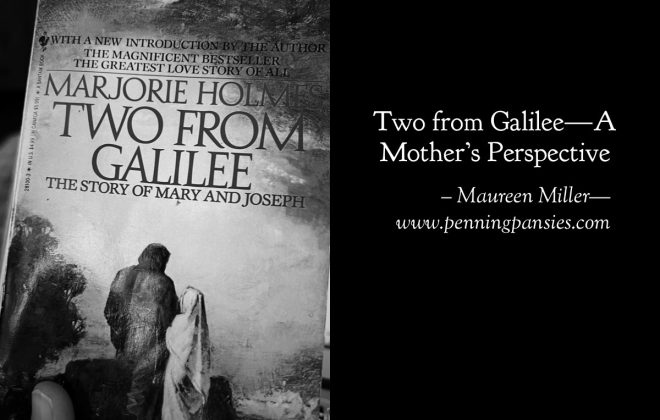 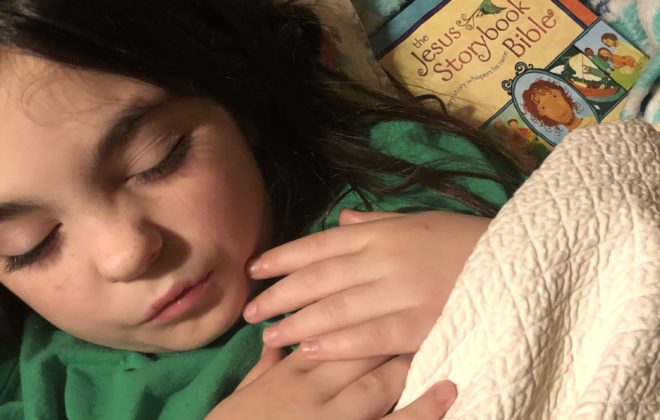 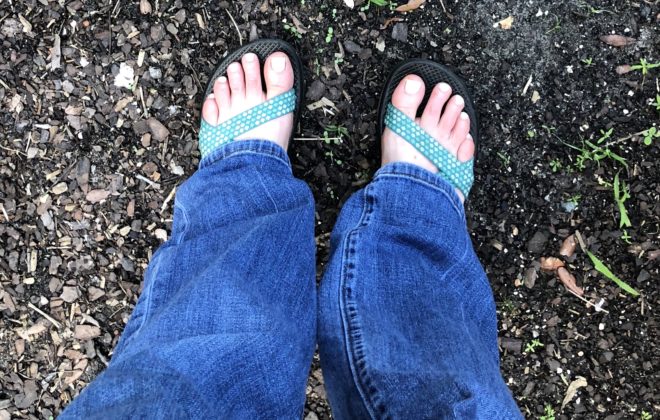 Message in a Mammogram