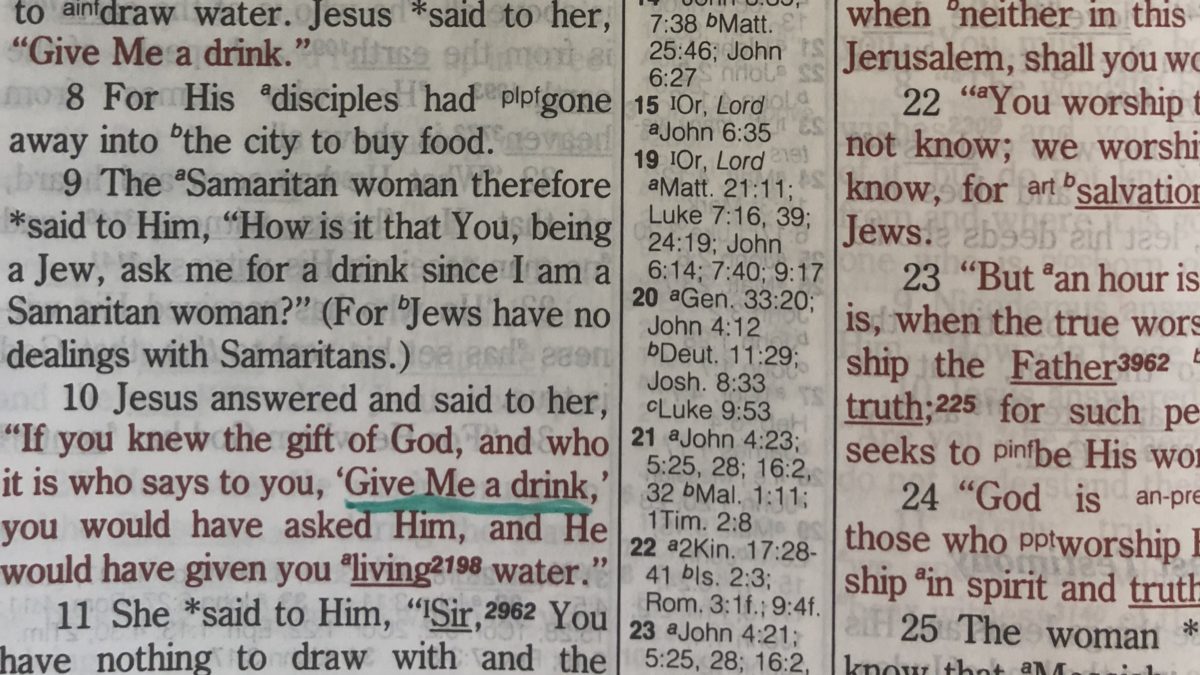 Perhaps her name was Salome; after all, the Samaritan Woman certainly had a name.

I wonder about her. Did she wake up that morning aware that her life would be forever changed by a man she’d never met?

Or like many mornings, I wonder if she looked at the one sleeping beside her. With determination, did she whisper, “Today. Today I’ll make things right. Today I’ll leave unless he promises to marry me. Today…”?

I wonder how she spent those early morning hours. Did she bake bread, sustenance for herself and the man who would wake, then depart for a job, lunch in hand?

I wonder if the house was quiet, aside from the typical morning sounds of Samaria — a rooster’s crow or wagon wheels on dirt roads. Barrenness being the the most common reason for divorce, it’s unlikely there were the sounds of a baby’s cry or children’s banter. My heart wonders.

Perhaps she swept floors — desiring to bring cleanliness to chaos, that she, too, might feel more clean. Maybe she filled oil lamps, longing for pure light when the sun sank low. After all, the darkness could be so… dark.

Salome’s hours from daybreak until noon were somehow spent. As she passed the time, I wonder if she thought about the women gathered at Jacob’s Well in those cool, morning moments. How she longed to be a part of their camaraderie, but she could almost hear them gossiping, laughing behind veils as they recalled her second marriage after her first had failed years earlier. They’d predicted then, “It, too, won’t last,” and they’d been right. Were they joking about her as they drew their water — remembering how, with each subsequent wedding feast, there’d been fewer guests?

Yes — with each of her five failed marriages, fewer friends. And now, only this sixth man offered her fellowship — but it came with a cost. And so she paid the price for intimacy — because, after all, that’s what she was made for, wired that way from the start.

Always the child who wanted to sit on her momma’s lap. To feel her abba’s arms wrapped tightly around her as she walked on his dancing feet, him singing about her future wedding day. “Dearest Daughter, you’ll need to know, so on this day Abba will show…”

But then loss and damage done to her little girl heart. It’s no wonder she married so young — her first husband old enough to be her father, though she failed to make him one. Thus, the second. The third…

Deep lines etched her face by her fourth marriage — signs of stress, sadness. And by the fifth, Salome looked ten years older than her three decades. And she felt it too. So when he handed her the certificate of divorce — his seal of disapproval — she’d cried, “Never again.”

But here she was, proclaiming at sunrise to leave if this sixth man didn’t commit to marry her. “Before the sun goes to sleep,” she promised to his still sleeping form.

At noon, with her water pots, perhaps she walked to the well with a heaviness of heart — because honestly, she knew that she’d let this day pass, just like hundreds before. After all, where could she go? Thus, she would awake the next day and the next, lying beside a man who left her longing for something deeper — a thirst no one had quenched.

With the sun beating down, hot upon her head, she could hardly wait for that first sip of water. But her parched lips were immediately forgotten the moment she heard those four words from the One who was — yes, always had been! — her Satisfaction.

Give me a drink. 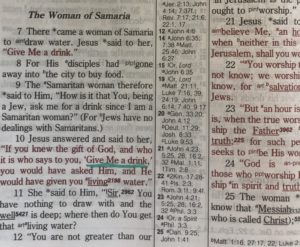 This simple command to serve was an invitation to step out of her flesh and into his freedom. It set into motion God’s mandate to love with intentionality, just as Jesus intentionally set out to serve her, by offering her what no one — no parent, child, friend or lover, no matter their earnest intent — could give.

And by obeying, the Samaritan Woman paradoxically received what her deepest longing craved. True intimacy and favor were found in Jesus — not from any relationship apart from him.

Yes, the Samaritan Woman’s thirst was quenched by the Living Water. No other wellspring could satisfy, and the pieces of her broken life were made a part of something beautiful — her transformation story resulting in the saving of many lives.

For the glory of God and for Salome’s shalom — and for ours.

Do we drink daily?
I wonder.

(This story can be read in its pure form in John 4:1-41. Parts of this meditation have been thoughtfully fictionalized. Salome means “shalom” — peace — in Hebrew.) 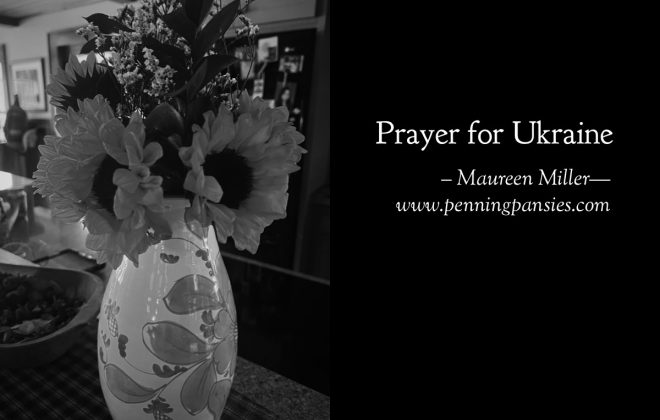 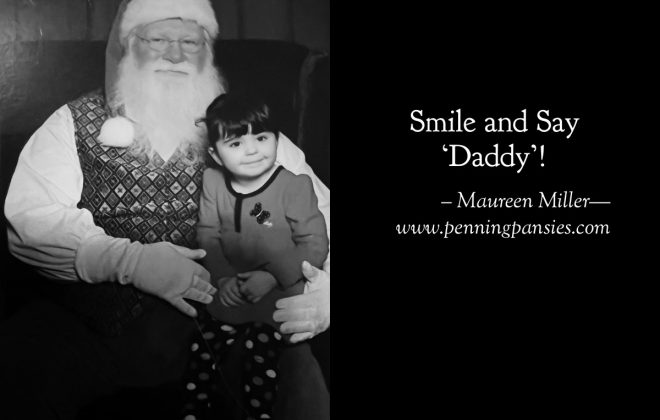