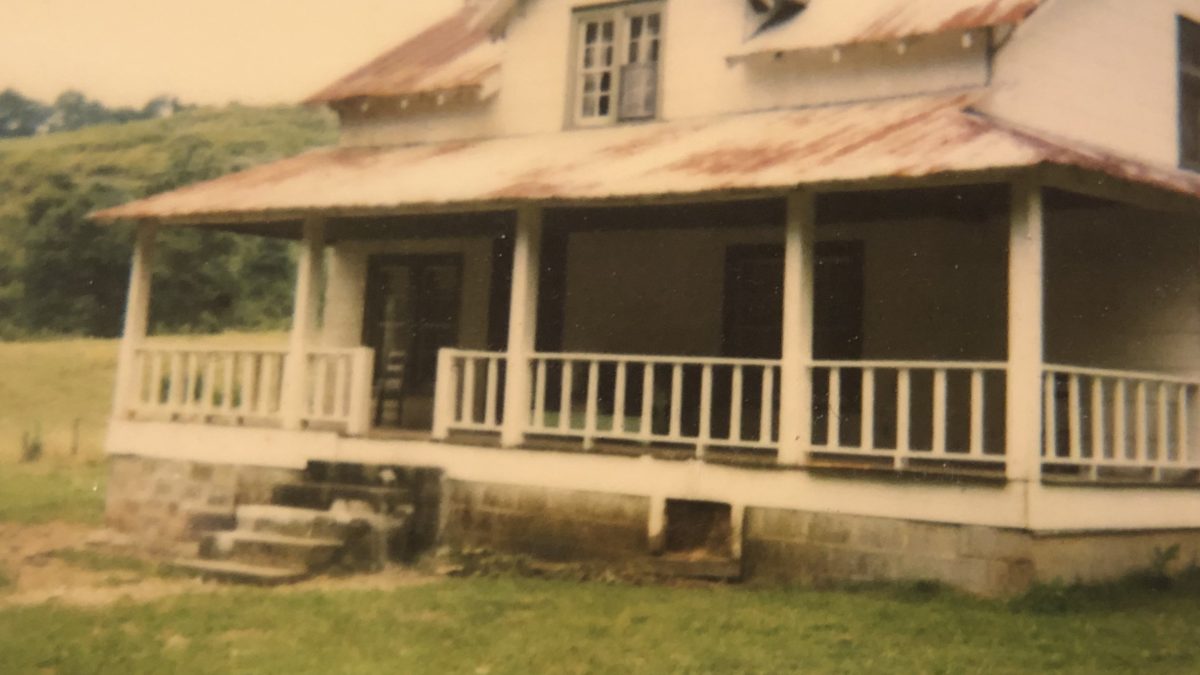 Through wisdom a house is built, and by understanding it is established; by knowledge the rooms are filled with all precious and pleasant riches (Proverbs 24:3, 4–NKJV). 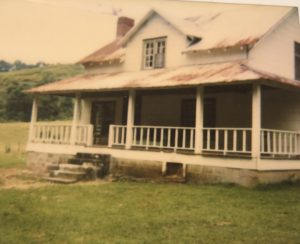 If these old walls…

If these old walls could speak

Of things that they remember well–

A couple in love livin’ week to week,

(Amy Grant’s “If These Walls Could Speak”)

Yesterday I had the immense privilege of sitting at the bedside of an elderly woman named Juanita. She’s a resident at Autumn Care, the nursing home where my own dearly loved grandma lived her last days and breathed her last breath.

I don’t get to Autumn Care much anymore–although Allie and I deliver bouquets of Selah Farm flowers there off and on throughout the summer months. It’s a simple joy, and we hope the flowers bring happiness to those who receive the bouquets. 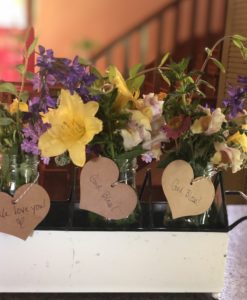 But yesterday was different. We didn’t arrive and ask to whom we should take the flowers–then slip into the rooms of strangers, say a quick word of encouragement and leave our bouquets on bedside tables. Though there’s nothing wrong with that, yesterday’s visit was more intentional. We had a more purposeful plan. 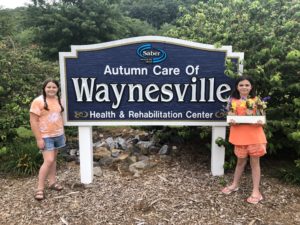 Our son Ian’s girlfriend Jesse works at Autumn Care. She’d shared with me recently that I really needed to come and meet a few ladies for whom she’s cared–to hear their stories and share with them a bit of mine.

So with bouquets in hand–the first of the summer–Allie and I, along with my niece Ali Beth, arrived at Autumn Care. Although I looked forward to visiting three women while there, I had absolutely no idea how blessed we would be in return.

A sweet woman who suffers with Parkinson’s Disease, Juanita was lying down when we entered her room, but she quickly leaned up on her elbows–clearly happy for visitors. After several minutes of talking with us, however, she laid back down–resting her head on her pillow, like a little girl.

We continued to visit–probably for about fifteen minutes. And in the time that we shared, we learned more of this woman’s life–how our lives have intersected in a unique way, particularly because of a house at 131 Stevens Creek Road, in the quiet White Oak community.

Juanita was born on August 20, 1932, in the house where we now live–have lived for almost seventeen years. She was one of ten children–a couple having died when they were yet babies. An older brother drowned when he was newly married, expecting his first child–a daughter–and another brother, Hugh, passed away in our home, though she couldn’t recall the illness.

She lived there, played there, and grew to be a young woman there–leaving only after she’d married. Yes, this 1200 square-foot cottage nestled in the beautiful western North Carolina hills was her home. Many years later, it became ours–the land having caught our eye when Bill and I were looking to buy a place in the country the summer of 2001. Much like us, Juanita’s parents loved the land and dreamed of a house, which they built–sometime in the early 1930s. Sadly, Juanita’s dad passed away when he was only 59, leaving his wife a widow and his children without their father. 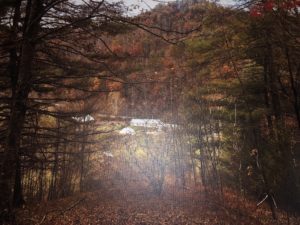 I remember coming around the bend in the road–having just passed the little White Oak Baptist Church. I saw the quaint white farmhouse sitting in the middle of acres of green, and I told Bill, “I feel I’ve seen this house–this land–before, in my mind, just as clear as can be.” And once we were able to see the inside of the house a week later, I told him again, “Yes–this is the home I’ve seen before, when I’ve listened to Amy Grant’s If These Walls Could Speak. It’s like I’ve already been here.” 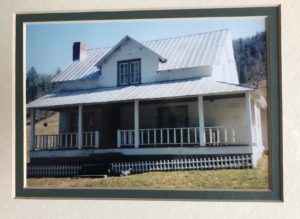 Some things are mysteries in life. I can’t explain this, nor can I explain the fact that–when I later showed Bill the CD insert with the lyrics to this favorite song–we discovered that it was produced by White Oak Songs in 1987. What? A production company called White Oak Songs produced a song that spurred an image of a house in my mind, which later matched a home we purchased, located in… White Oak, NC? 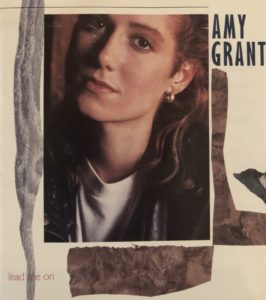 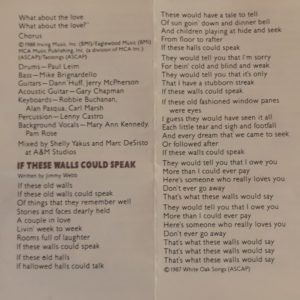 And so, as I sat at Juanita’s bedside yesterday and heard her speak of life and love in a house that I, too, have come to love–where we’ve raised our children, experienced victories and suffered loss, dreamed dreams and seen dreams die–I couldn’t help but think again of one of my very favorite songs.

If these old halls,

If hallowed halls could talk–

These would have a tale to tell,

Of sun goin’ down and dinner bell,

And children playing at hide and seek

From floor to rafter,

Allie handed dear Juanita the bouquet of flowers from Selah Farm, and we were able to tell her that they were grown with care on a farm that’s known a lot of love, that holds many memories. 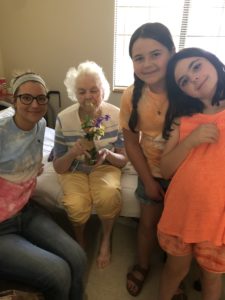 And her smile was that of a little girl. As her eyes brightened, I could almost hear again…

If these old fashioned windowpanes were eyes,

I guess they would have seen it all–

Each little tear and sigh and footfall,

And every dream that we came to seek 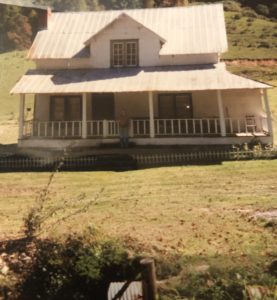 Thank you, dear Jesus, for the way You intersect lives–for Your glory and our good. Thank you for shared stories–for homes built with wisdom and knowledge, for rooms filled with that which is precious and pleasant. And thank you, Jesus, for Juanita. May she experience Your peace and joy today, that she might feel, once again–despite age and disease–like a little girl… Yes, Your little girl, sweet Savior. 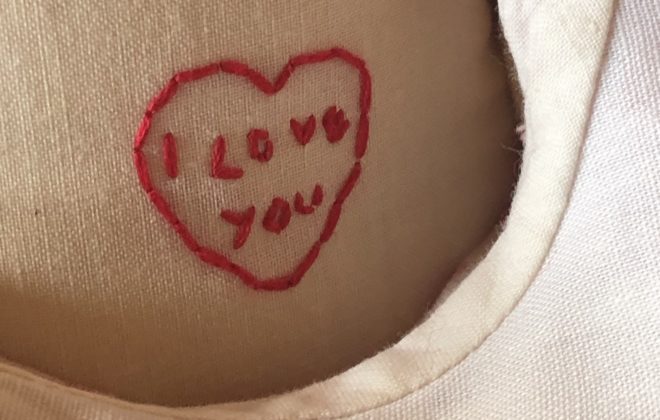 Born In Our Hearts–Adoption and Advent 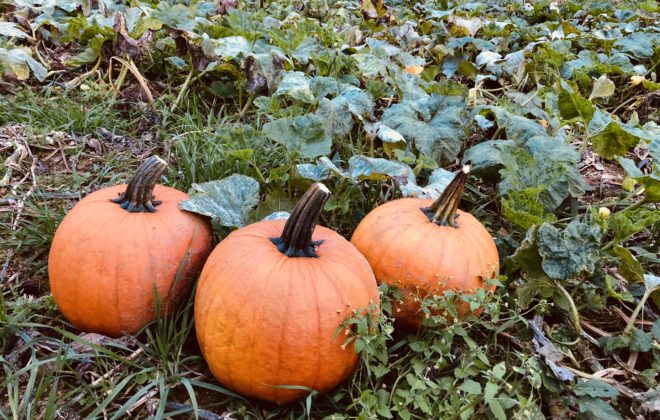 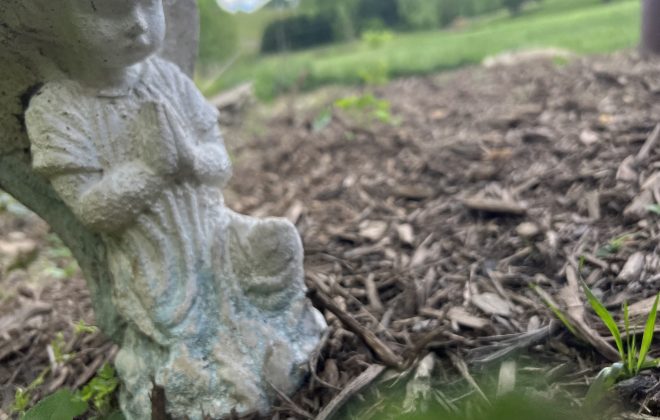