Home > At Home > The Beginning 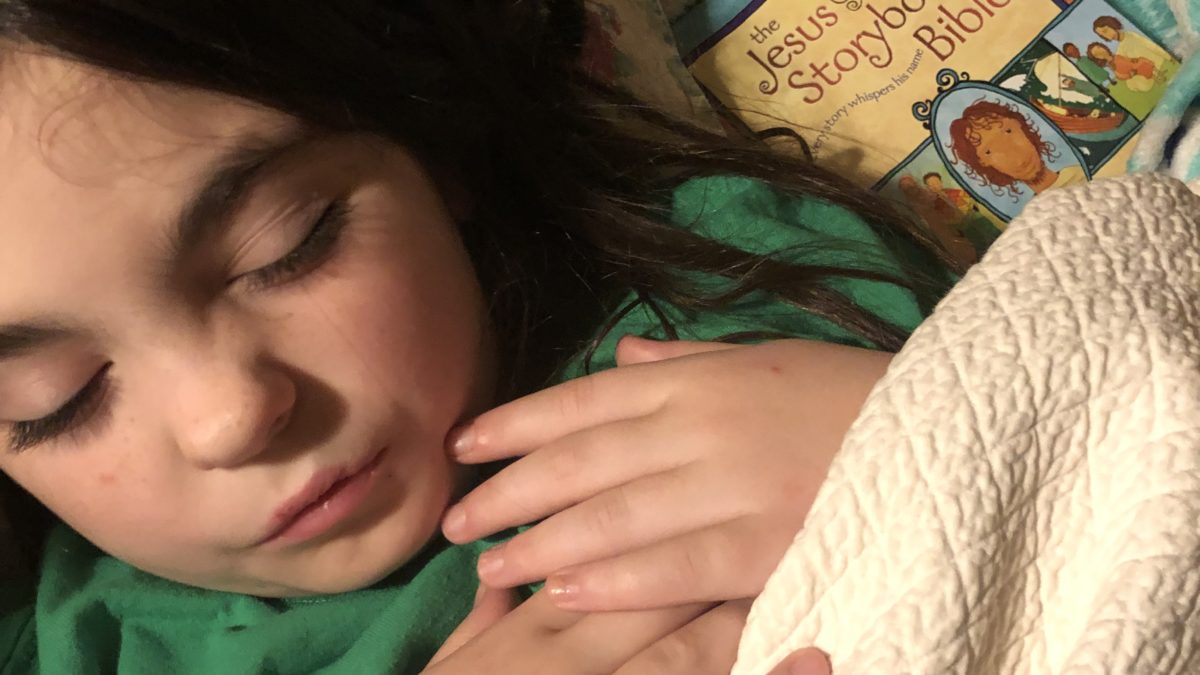 Once upon a time…

And so begin many good stories. From those words until ‘The End,’ there’s character development, setting, plot–including foreshadowing, tension, climax and resolution–among other good story elements.

From the day our daughter Allie joined our family in 2012 at the age of two, she’s loved a good story. Perhaps that’s because some of her story has been lost–pieces of her past unrecoverable. Those who might have offered answers are either gone or had suffered memory loss. She’s never complained about this. In truth, maybe it’s bothered me more than her. As a mom who was quite conscientious about recording our children’s “firsts” and “favorites”–first word, favorite food–I’ve often pondered this.

Allie came to us with the ability to talk in full (though often indistinguishable) sentences. She knew how to walk and run and dance. She had some memories, though several were sad. She knew what she liked and didn’t. Much to our surprise, she even spoke some Spanish, thanks to Dora the Explorer.

But what was her first word? When did she take that first step? What were her favorite and least favorite foods? About such, we are left to wonder.

As with both our other children, Allie became ours through the miracle of adoption–only, unlike Ian and Jacob who were ours from birth, she’s been adopted twice. Her maternal grandfather Jimmy adopted her first. Sadly, only months after this, he suffered a massive heart attack and passed away. Allie was then left in need of a forever family.

Thus, when–on July 23, 2012–a judge struck his gavel in a Greenville County courtroom in South Carolina, deeming her ours–us hers–by the power vested in him, it was as if he’d proclaimed two things–

And ‘The End’ to her waiting for the family God had for her.

Again, perhaps this is why Allie loves a good story–asking often, “Tell me about when I was young….” Some of our best moments have truly been telling and retelling stories.

Recently, another chapter of Allie’s story was added, and I’m left feeling both grateful and sad. After all, like many good stories, there’s a bittersweet twist–such that leads one to think that there’s certainly more to come or at least hoping so.

I’d received a private message from Allie’s birth mom Jenna several weeks ago. In it, she explained that Allie’s paternal grandma Angie was suffering from late stage lung and brain cancer. Would we prayerfully consider allowing them to meet? Angie, who loved Jesus, had been praying to see Allie again–having not seen her since before Allie came to us in March of 2012.

Would we prayerfully consider this?

The question hung heavy on my heart, and–after sharing with Bill–we did pray in earnest about it. After a couple days, we determined that we had peace, and although we knew it was impossible to meet in person, we decided to FaceTime instead.

After more consideration, we knew. Because we celebrate Allie’s arrival to our home each year–what we call her “Came-To-Stay Day”–on March 31st, we thought this the perfect time. 2020 marked eight years since Allie came with her suitcase and never left. What better way to commemorate the occasion than to have a visit with her biological grandmother–to tell this woman who’d been praying for such an opportunity thank you and to express our gratitude for her, for her part in Allie’s story.

Prior to the call, we told Allie the plan. Her face lit up–as though we’d just cracked the cover of her favorite book, preparing to read the next chapter. “Really?” she’d exclaimed.

The connection made, we finally met face to face. Angie–wearing a ball cap–burst into tears at the first sight of her granddaughter. After all, she does look a lot like both her birth father and birth mom. “You’re so beautiful,” Angie kept saying, sometimes barely above a whisper.

Allie told Angie about her horse and introduced her to her dogs. She shared a bit about her life–so much of her story unfamiliar to this person who, though biologically related, was hardly more than a stranger. Angie, too, shared a bit–her voice broken because of tears, though she wore a beautiful smile.

Angie was forthright–sharing that the doctors had only given her several months to live. Explaining that chemotherapy was hard. Removing her ball cap at one point, she revealed her bald head, empathizing with Allie’s dad. “See. We look alike.” We all laughed, though the obvious, unspoken truth hurt.

The entire conversation wasn’t more than fifteen minutes, though filled with the good stuff that stories are made of–character development and setting, for example. Prior to hanging up, we had an added surprise, and suspense increased. Allie’s birth mom Jenna had stopped in after work. “Do you want to meet her too?” Angie asked.

Bill and I looked questioningly at one another–not because we didn’t want to meet this woman to whom we owe so much, but because we weren’t sure it was the appropriate time. Tension grew, like in any good story. Was that what Jenna would want? Did Allie? Or should this be something we planned, rather than an impromptu visit?

We looked at our Girl, and her fervent nod told us all we needed to know. With that, we said yes.

Jenna appeared on the screen, and I felt I was looking at Allie in ten years. She, too, began to cry–echoing Angie. “You’re so beautiful!”

Allie smiled. She was calm and seemed happy, though reserved. She then introduced Jenna to her dogs and told her a bit about herself. Jenna told us where she worked, how tall she is, and–taking the ponytail holder from her hair–remarked that her hair is dark like Allie’s–“See?”– but, unlike our Girl’s, quite curly.

There were a few silent spells–each of us likely just soaking up the moment. Eventually, it was time to say goodbye. We expressed our gratitude for Jenna and her choice, that which brought Allie to us. To Angie, we said thank you, promising to pray for her–each of us wondering what her future would hold. Will we see her again? We wondered. 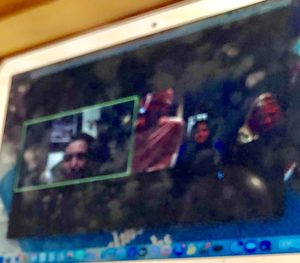 Hanging up, Bill, Allie, and I looked at one another. “Well, that was….” The sentence was left unfinished. After all, it was so much, though mere words could hardly describe it. Poignant. Wonderful. A bit awkward. Surprising. And most definitely–bittersweet.

Allie skipped off to call her cousin Ali Beth. “Guess what we just did!” Then, in only moments, the two were on to another topic–something having to do with horses and an online game.

A week later to the day, we learned that Grandma Angie had passed away–the cancer and its treatments finally taking their toll on her weakened heart. When I told Allie, her face registered a mix of emotions–both sadness and, quite honestly, joy.

Such is possible, after all–that bittersweet sting of both the bitter and the sweet, where tears run salty but their taste soothes somehow.

I think she knows, our Girl. Because of what Jesus did on the cross–when he said, “It is finished,” and breathed his last–it wasn’t merely an end to his story. Nor is it the end of ours.

Rather, those three words which marked the end of Jesus’ earthly life and ministry gave us something so much more. Like all wonderful stories begin, his death proclaimed for us, Once upon a time… and those final words “It is finished” didn’t mean The End but

Because, through Jesus and his completed work on the cross, we each have the opportunity to be adopted into God’s family–to one day experience our eternal Home with him, where there will be no more tears of sadness, and the joy of his presence will have no end.

Allie knows that’s where Grandma Angie is today. We’re grateful for the opportunity to have seen one another prior to her passing, and perhaps Allie’s face was one of the last Angie envisioned before going to sleep. Maybe not, but what we’re certain of is this: When she took her final breath, she opened her eyes to see the glory of Jesus’ face.

And though tears may have spilled from her eyes, they weren’t ones of sadness but only those of joy–because, with Jesus, Grandma Angie’s story has only just started.

Yes, there is more–so much more–to come.

Dear God, please tell Angie we are so thankful we got to meet her. Tell her we look forward to seeing her again–when we will all behold, with unveiled faces, the glory of our good and gracious Savior. 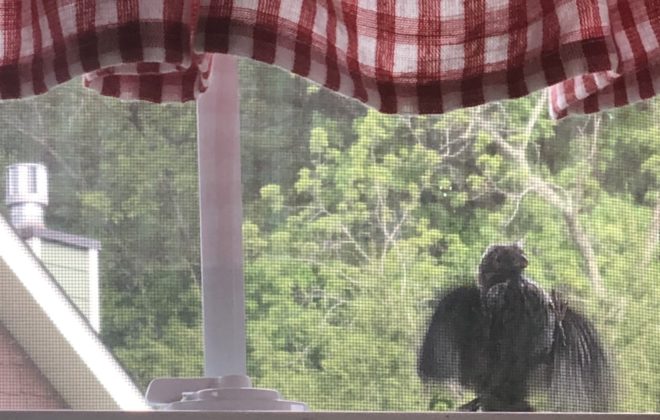 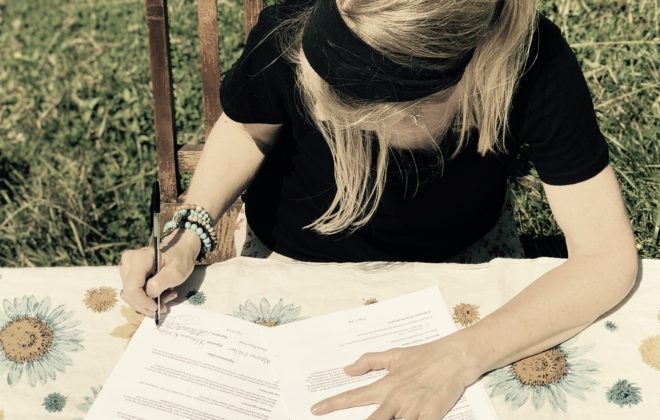 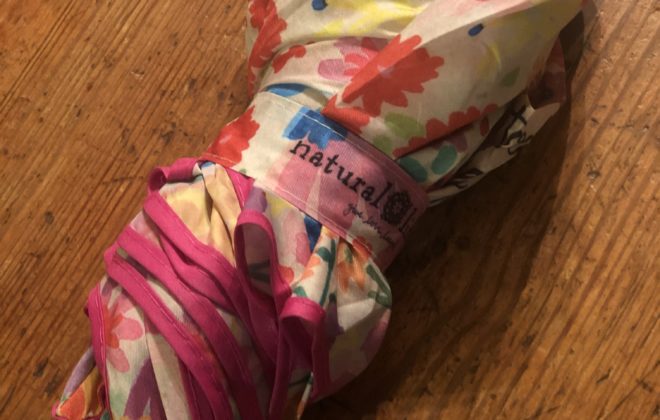 His Umbrella Over Me Is Love