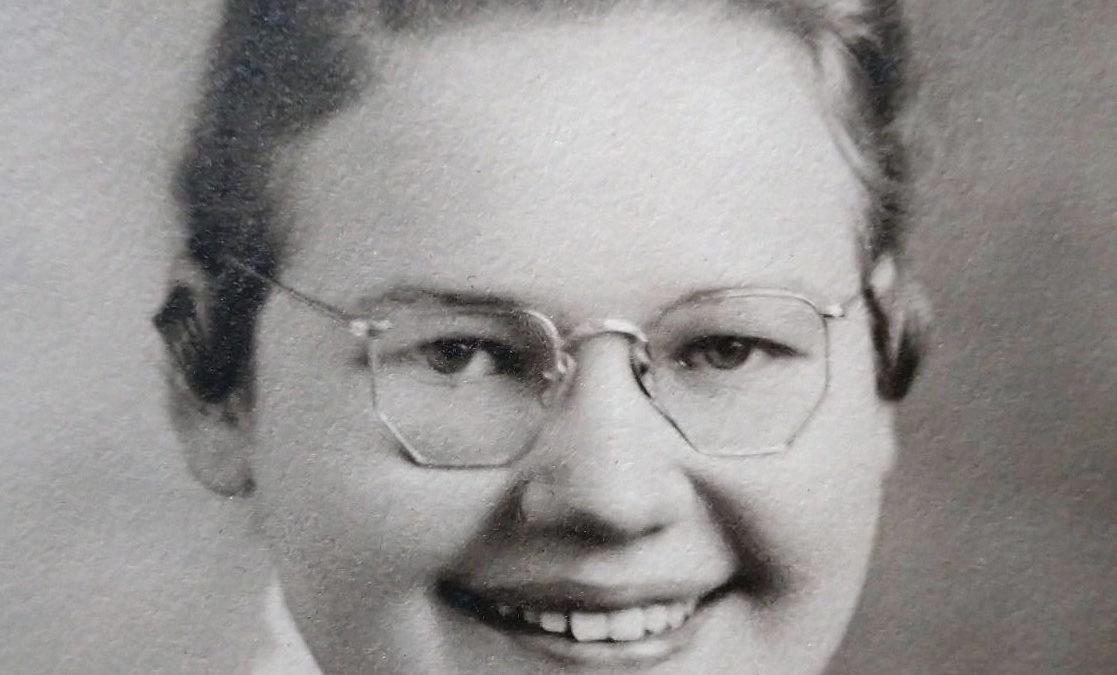 Father, give us courage to change what must be altered, serenity to accept what cannot be helped, and the insight to know the one from the other. ~~ “The Serenity Prayer” by Reinhold Niebuhr 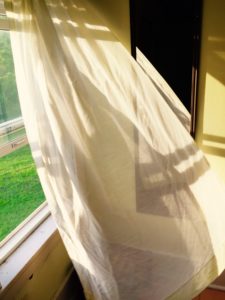 In the upstairs landing of our family farm–the Heikkinen Estate–there’s a window, and just down the narrow hallway from this framed view of apple trees, as well as several pieces of rusted farm equipment, is a room. If the four walls and ceiling of this small space could speak, they’d surely tell a tale–of a young woman’s isolation and all that was birthed in her heart during that period of time, when my Grandma, Helga Elizabeth, was not yet twenty. 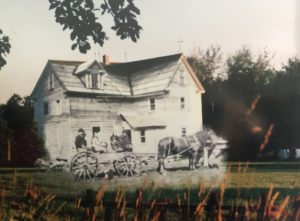 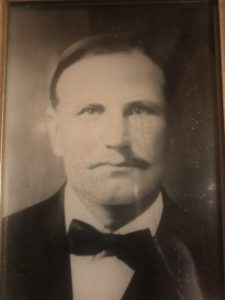 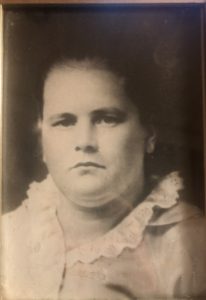 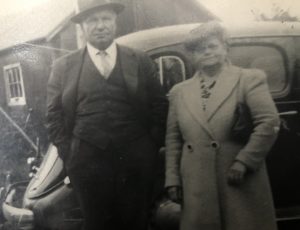 My maternal grandmother was born at home in Toivola, Michigan–a small rural community along Lake Suprerior–on June 21, 1915 to John and Gustaava Heikkinen. The oldest of six children, Betty, as she was called, helped her Finnish-immigrant father on their dairy farm. Not only were there cows to be milked and tended but crops to harvest, as they produced oats, rye, barley, alfalfa, and potatoes, as well as an abundance of apples. An assortment of berries, too, could be found in and around the forest surrounding the farm–raspberries, thimble berries, blackberries, and blueberries. Because her only living brother Johnny was ten years younger, much of the harder labor fell to her, and she worked alongside Isä–learning the ways of farm life up close and personal. 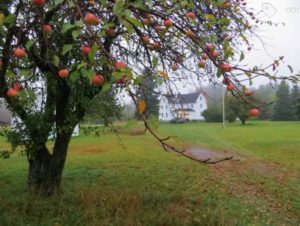 One story she shared was of learning about procreation through cows. Rather disgusted by the whole process–quite natural for a child of nine or ten–she was put off when she learned that her parents were expecting their seventh child. Not only did this mean more work for her as the oldest sibling, but it was difficult for her to imagine her parents participating in the act that brought forth life. Thus, when little Arvo William was born, then passed away less than a month later, Grandma bore a heaviness of guilt–feeling that somehow her ill will had caused his death. It took time and the Lord’s comfort to heal her hurting heart.

Although quite familiar with the ways of farm life, Grandma Betty loved domesticity, as well–especially sewing–and she was particularly close to her younger sister Esther who also loved to sew. I imagine they shared many special moments–planning their projects working side by side, sewing sister love.

But Grandma’s jobs weren’t limited only to home. I recall many times when she’d share with my sister and me how she’d trek across the snowy farm fields on snowshoes to unlock the one-room schoolhouse and start the fire prior to the others’ arrival. She never told this story to boast, but rather to simply share a bit of her history. Such were the ways of Grandma.

She certainly did love to share stories. I wish that I could sit with her again–listen more intently, ask more questions. Especially now, in the midst of another pandemic, I’d lean in and listen. I know she’d have much to say, and her sharing would, no doubt, be mixed with the humor that I loved–her funny faces and expressions something that still bring a smile, perhaps mostly because such was so unlike her otherwise stoic personality. Certainly a pragmatist in many ways, she had a silly side and was tender toward her family and friends.

I’m sure this made being diagnosed with tuberculosis particularly difficult. Nearly nineteen herself, her younger sisters Esther and Ida were only sixteen and fourteen and brother Johnny not yet ten when the four were diagnosed and sent into isolation. Although three of them were quarantined at home, Esther–whose symptoms were the worst and whose health was quite poor–spent her remaining days in a sanatorium, passing away just shy of her eighteenth birthday.

Grandma Betty spent over a year quarantined in her upstairs bedroom. Though her symptoms were never worse than a cold, she was thought to be highly contagious just the same. Therefore, friends and family would climb a ladder that was placed outside and visit her through her second-story window–telling her the news, catching her up on their small town’s gossip.

While in isolation, Grandma kept a scrapbook. A date is written on the very first page–December 1, 1935. A plethora of poems and stories are copied inside, in her neat script. A couple funny cartoons are pasted on the inside cover, as well–depicting in snide humor the reality of the times. 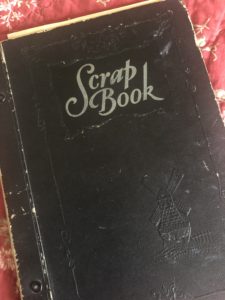 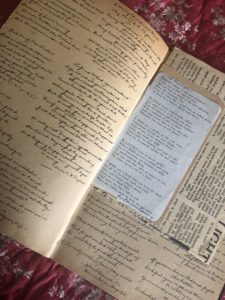 I’ve often wondered what that year for Grandma was like–alone in her room through the changing seasons of Michigan’s Upper Peninsula. Certainly she saw many snowflakes fall–dancing to the ground, then piling up halfway to her bedroom window, as is quite common for U.P. winters. As she kept her scrapbook, did she daydream about the words she’d write–copied or clipped from many books or newspapers she’d read, perhaps some even committed to memory?

Did she ever send letters of correspondence to her sister Esther–encouraging her in her quarantine, miles from home, from all that was familiar? Esther’s space was certainly sterile compared to the quaint, though simple, comforts of home. Perhaps Grandma sent her cartoons she found humorous or tender words like these found in her scrapbook:

Somebody knows when your heart aches

And everything seems to go wrong;

Somebody knows when the shadows

Need chasing away with a song;

Somebody knows when you are lonely,

Somebody wants you to know Him

And that He dearly loves you…

~~”Somebody Cares” by Fanny Edna Stafford~~

One thing that’s not left to wondering, however, is what Esther desired to share with Grandma. Just after her passing, the following was discovered on her bedside table–addressed to her oldest sister.

But sister love is sweet on earth as rain;

To share the love, the burden and the mirth,

The white and solemn hours of death and birth;

Have watched the sweet, the busy years go by;

Sure each year that what of (word unknown) is true

Is dearer for the love between us two,

We shall be sisters—sisters even There.

This poem was meant for Grandma, from her sister-friend two down from her. The one who loved to sew and sing. The one who was sickly and, thus, sent to a sanatorium.

Grandma tucked this piece of paper with Esther’s handwriting, so similar to her own, in the back of her scrapbook to be discovered later by others. To affirm a friendship–yes, a sister’s love.

Grandma’s other sisters (and brother Johnny) were friends, too, no doubt. As they got older, they loved to gather–sip coffee and share stories. They’d marvel at their grandchildren–pose for pictures on the Heikkinen Farm lawn.

I wonder if they ever tried to envision what Esther’s life might have been like–had she lived beyond her seventeen years. Who would she have married? How many children and grandchildren might she have had? The pain of losing someone so dear certainly strengthened Grandma’s resolve. Such hardships and heartbreaks so often do. Perhaps they’re, at least in part, what made Grandma pragmatic–with her “fair to middling” mentality, her “what will be will be” outlook.

In Finnish, they call such determined resolve and strength of character SISU. It means courage and perseverance, as well as standing strong, yet remaining rational in the face of adversity. It’s also accepting what is with quiet resolve after having done all one might do to bring about good change.

Was Grandma born with SISU–with a silly, yet gentle side too? Or was such developed–over time, because of hardship?

One of her very favorite quotes was the Serenity Prayer by theologian Reinhold Niebuhr. While many have heard a version of this petition, fewer perhaps know its original wording. Thought to have been penned some time between 1932 and 1933, Niebuhr’s words could always be found in Grandma’s homes in Michigan and even in her room at the nursing home in North Carolina where she spent the last five years of her life, passing away on Dec. 13, 2011.

Why did they mean so much? Likely because they summed up her life. In a word, this prayer embodies SISU—courage to change what can and should be altered; serenity to rest in that which can’t be changed; and the insight to perceive one from the other, then to rest in that.

God, give me grace to accept with serenity
the things that cannot be changed,
Courage to change the things
which should be changed,
and the Wisdom to distinguish
the one from the other.

Living one day at a time,
Enjoying one moment at a time,
Accepting hardship as a pathway to peace,
Taking, as Jesus did,
This sinful world as it is,
Not as I would have it,
Trusting that You will make all things right,
If I surrender to Your will,
So that I may be reasonably happy in this life,
And supremely happy with You forever in the next.

I’ve stood at the window in the Farm’s upstairs landing, looked out at beauty that nearly breaks the heart–not because the view is anything more than an abundance of apple trees and some rusted, worn out farm equipment. 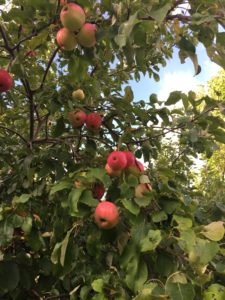 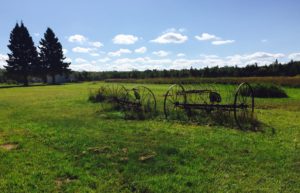 No. It’s the realization, which hits me every time. The memories these four walls and its ceiling hold–of children running, laughing; young girls daydreaming; baby boys crying, until one grows silent, slips away. Prayers said around farmhouse table, under quilts, behind closed doors. Tears shed over love, loss.

A time of quarantine–when unknowns hung thick like fog. When a woman who’d later become my grandma leaned in to the Lord–allowed Him to strengthen her, despite the heartache of loss–that she might forge ahead with peace into a future marked with questions. It would even be Grandma who’d plan her own sister’s funeral–Esther’s passing too difficult for her bereaved parents. Perhaps she carefully chose a dress Esther had made–fingered fabric as a memory unfurled, sisters sewing side by side.

When Grandma left that upstairs room and, in time, a town called Toivola (meaning “Hope”) to find her own way, she undoubtedly followed a light made brighter by her season of isolation.

And her story’s still unfolding, more discoveries made between the covers of an aged scrapbook. Thoughts, poems, and prayers written in Grandma’s tidy script. Words that confirm a faith held dear–Finnish Lutheran catechisms committed to memory long ago, a faith that took her beyond that window, its sheer curtains dancing even then, because winds don’t change with the changing times.

They whisper what’s waiting–a New World for her, for me. A place where she’s gathered with those she loved–all together now. It’s a place where I, too, will one day see Grandma, as well as the other beloved aunties and Uncle Johnny–finally meet Little Arvo and great-grandparents who came from Finland and whose voices I’ve never heard. All these I love.

Yes, there–in that New World–I believe Grandma will introduce me, my mom–her own daughter–and my cherished sister, as well as our daughters, to dear Aunt Esther. Then we’ll see with our own eyes the sweetness of such sister love, which both birthed and strengthened SISU.

…And that someday, when some New World we share

We shall be sisters—sisters even There!

Dearest Jesus, just beyond the window, behind the veil, they’re already there–a great cloud of witnesses, and I just can’t wait to see them! Please tell them how grateful we are for the godly heritage they gave in the history of their lives–a story You wrote, that we have the privilege of discovering. 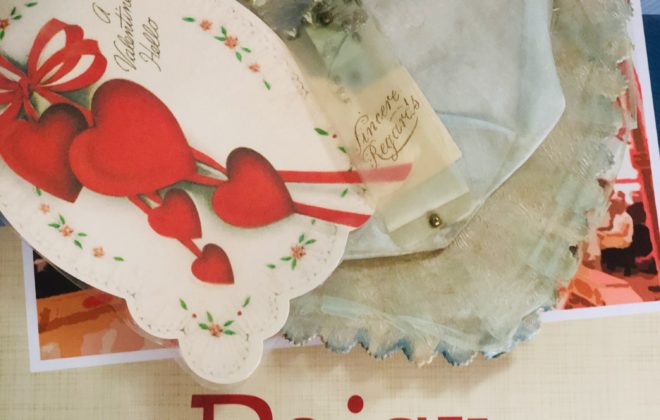 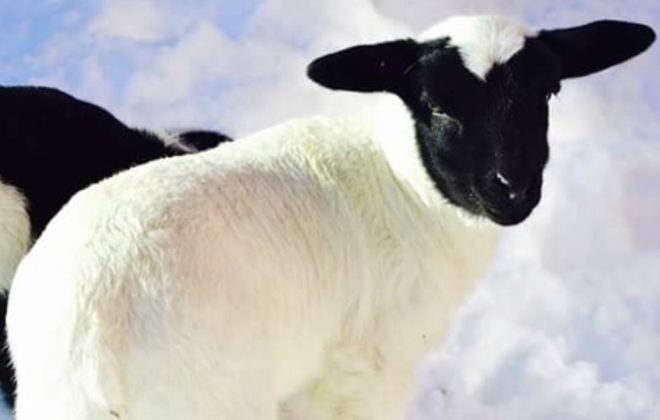 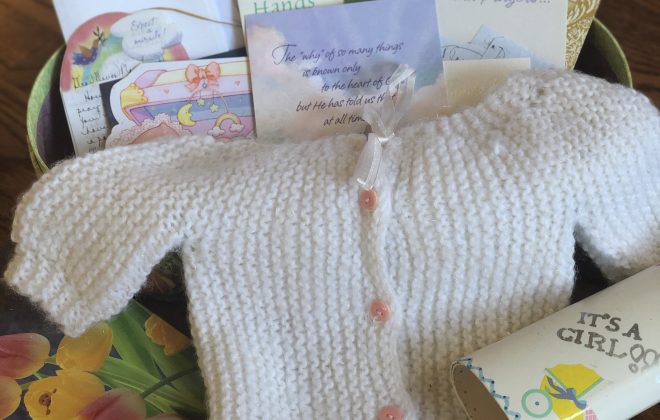