Home > At Home > So Shall Your Strength Be! 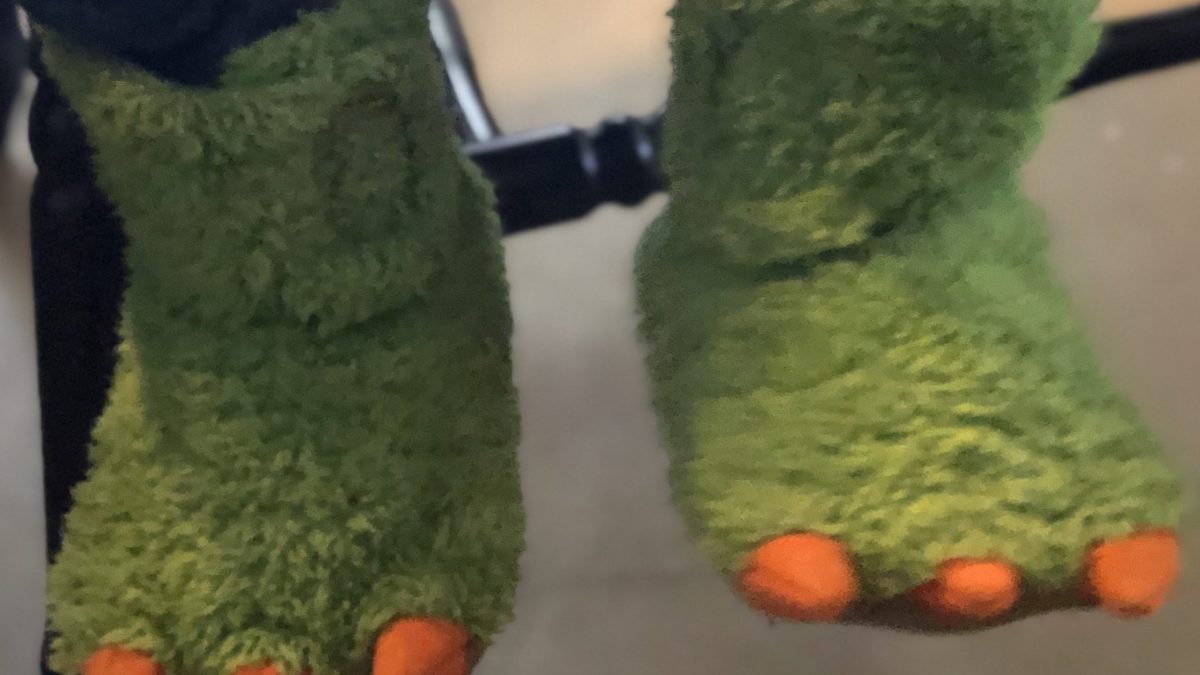 So Shall Your Strength Be!

“Your sandals shall be iron and bronze; as your days, so shall your strength be” (Deut. 33:25–NKJV).

I have a new buddy named Drake Dean. Has as a superhero ring, don’t you think? He’s the son of our son Ian’s fiancé, and his big thing is about being superhero-strong, like–

So I play along. By stretching the story just a bit, it’s soon discovered that such works to one’s advantage.

“Drake, eating all that sandwich will make your muscles grow!”

“Picking up all your toys gives you super-power strength!”

“A bath boosts your superhero powers, especially if you use this special ‘strength’ soap!”

Padding into the house, he’s soon pounding the hardwoods with vim and vigor–simultaneously showing his muscles and gritting his teeth for effect. It’s quite something, I must say. 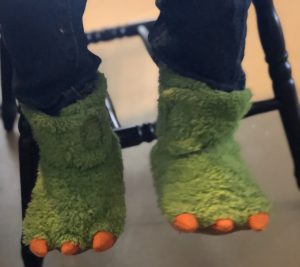 Superhero Drake calls me Mora, and I rather like the name. It means ‘blueberry.” Unlike my other embellishments, I truthfully tell Drake that blueberries, too, make one strong.

“They’re a super food, but only if you eat them. See!” I say, popping several in my mouth. “Mora’s strong too!”

Showing him all the muscle I can muster, I add, “Gee, you must’ve gotten at least a little bit of your super-strength from me, right?” to which he smiles little half-moons, though seemingly not convinced.

Thankfully, Drake Dean does believe Mora possesses some special tricks–like my stellar animal imitations and my skill at scrambling an egg. I’ve even convinced him that I can turn the gas fireplace on and off with a mere wave of my right hand. (Never mind the remote held out of sight in my left.) Sometimes he can do it too, but… only if he’s wearing his dino slippers.

At the ripe ol’ age of four, Drake Dean possesses some amazing super-powers of his own–like blowing out candles on his birthday cake and sorting plastic animals into sea, farm, and forest. And he’s particularly skilled at loving his baby sister Lila. 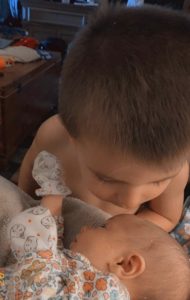 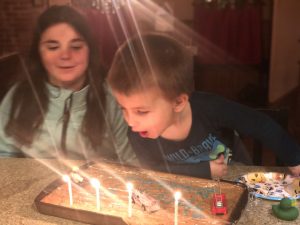 More than candles, categorizing or even kindness toward those he loves, however, I pray Drake Dean is strengthened in his knowledge of and love for God, and what a power-packed privilege for Mora to help encourage him in knowing how one truly–yes, truly!–grows strong.

It all starts with a true story:

“Do you know The Greatest Superhero Ever?” I’ll ask one day, probably sometime soon.

Perhaps he’ll respond with wide-eyed wonder, “Who?” before taking a stab. “Um… Spiderman?”

I’ll smile, no doubt, but shake my head. “He’s pretty awesome, but there’s an even Greater Superhero than Spiderman.”

“Really?” I can almost hear him say, mouth gaping in utter amazement.

“Jesus?” Drake Dean may repeat, face scrunched as kids do when in doubt. “He’s a superhero?”

Of course, I won’t tell him the whole story all at once but, rather, bit by bit–like the little bites he takes of his peanut butter sandwich. The Greatest Superhero Ever will be told over time–while we’re playing with toys in the attic or taking a walk or driving to town. 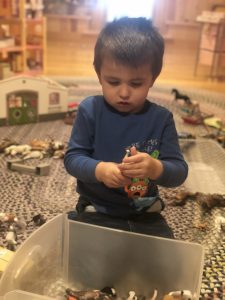 It will start where it should, with Once upon a time, in the very beginning, and continue–telling of two shoeless people formed from dust who later met a snake and fell in to sin. (Thus, their need for a Superhero Savior!)

Another time, he’ll hear the story of a family–affectionately named God’s Kids–who wandered wilderness for forty years. And their shoes never, not ever, wore out, I’ll be sure to emphasize.

In time, Drake Dean will learn of a group of sandaled soldiers who conquered the advancing enemy. Wanna know what their weapon was? I’ll ask. Simply worship songs to God!

And how could I forget to share about a superhero named Samson who, though blind, brought down some walls and a ceiling, defeating the Philistines in a crushing blow? With his super-strength, long hair, I’ll be sure to add.

“Wow!” Drake might exclaim, then say, “He must’ve had dino slippers too.”

Mora will see this as a perfect segue into the topic of our Savior. Because Jesus, like Samson, sacrificed his life in obedience to save others. Then I’ll tell of Jesus’s superhero sandals, which walked dusty paths to heal the sick, give sight to the blind.

“Like Samson?” Drake Dean might ask, eyes big as saucers, and I’ll beam, proud that he remembered.

We’ll talk about how this greatest of superheroes came humbly to earth to protect and serve, and Drake may likely relate such to another kind of hero he admires. “Like policemen … like… like Ian?”

“Yes, like him and all those who sacrifice to serve. You know what? Those heroes, too, are acting like Jesus. And do you know something else, Drake Dean?”

Perhaps this part will be told best as an object lesson, have handy a plastic tub, a towel. “Can we take off those dino slippers for just a minute?”

Setting them aside, I’ll gently wash Drake’s feet with warm, sudsy water–maybe tickle his toes to make him laugh, see again his little half-moons. “This is what Jesus did. He washed his disciples’ dirty feet just before he died on the cross.”

“To show them what true love looks like, and not just toward his friends but also to the one that would be his enemy.”

Stifling a giggle, “Well, an enemy is someone who’s the opposite of a friend–someone who might treat you unkindly, like a bully. One of the men whose feet Jesus washed was Judas, and he would decide not to be his friend. But Jesus still loved him, and he showed him by washing his stinky feet too.”

Drake’s wheels will turn before he’ll likely say with all sincerity, “I love Lila–even when she cries and wakes me up at night, even when I’m mad at her ’cause she took my toy. And when she’s stinky, I help Mama give her a bath too.”

I’ll smile, seeing how earnestly Drake Dean is trying to comprehend The Greatest Superhero Ever. Slipping his dino slippers back on his feet, “Yes, Drake–your love is big. It’s super-strong!” Lifting him off the chair, I’ll add with a kiss, “In fact, it’s your greatest super-power!” 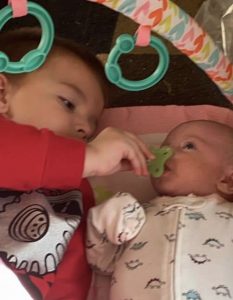 Perhaps he’ll roar or stomp his feet. Maybe he’ll show his muscles for the hundredth time, grit his teeth for emphasis. And Mora will tell him that, just like Jesus, he should eat his blueberries and snuggle his sister and wash behind his ears.

After all, Jesus, too, was born a baby and grew to be a boy who matured to be a man. Helping Drake Dean understand how he can be a superhero like his Savior will be one of life’s greatest blessings, and it all begins, bit by bit–

With a true LOVE story.

Though he’ll outgrow his dino slippers all too soon–if the green cotton fuzz doesn’t wear out first– I’ll keep reminding him that, no matter what, it’s his Superhero Savior who makes him truly strong!

Yes, Drake Dean. Day by day–whether in slippers or sandals, boots or Birkenstocks–as you walk through life with Jesus–

So shall your strength be!

“And I pray also that the eyes of your heart may be enlightened in order that you may know the hope to which he has called you, the riches of his glorious inheritance in the saints, and his incomparably great power for us who believe. That power is like the working of his mighty strength, which [God] exerted in Christ…” (Eph. 1:18-20) 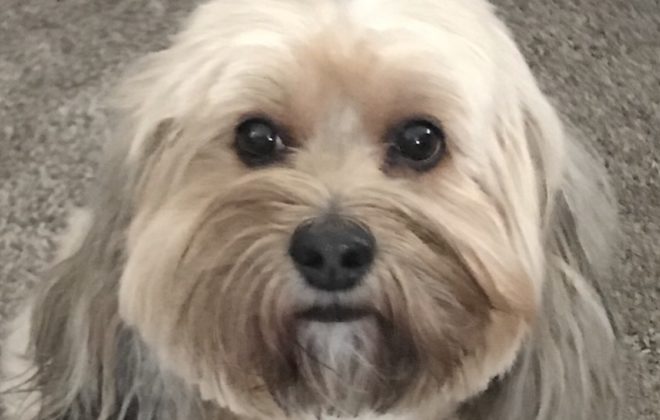 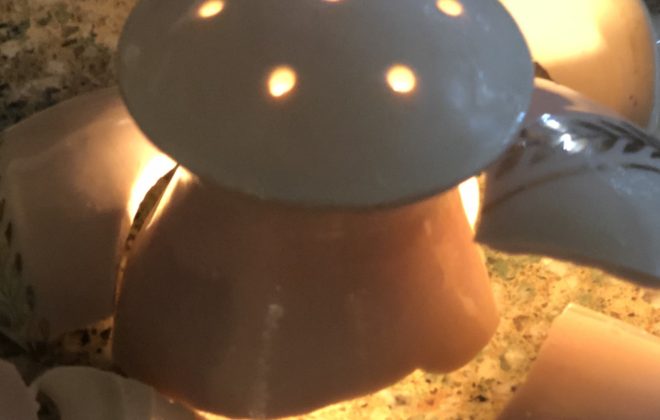 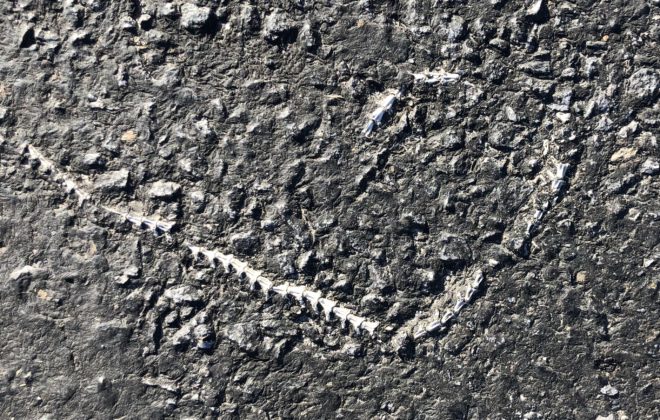