Home > Uncategorized > The Night Before Christmas–Finale 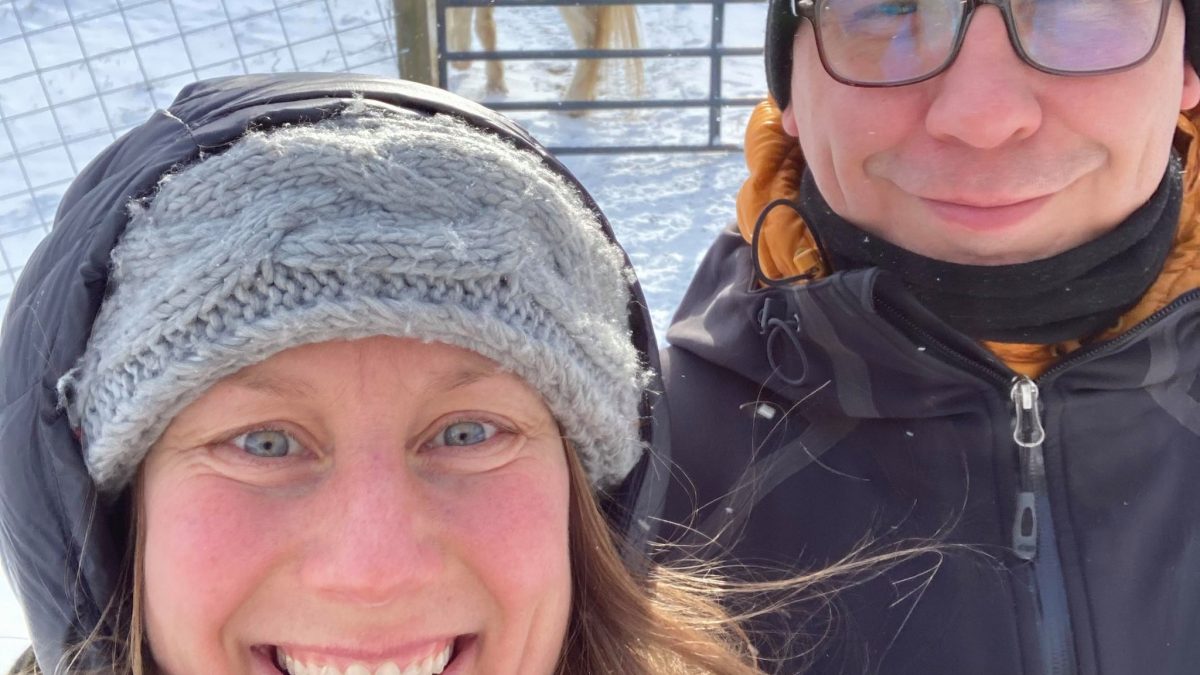 This world is very small.

As I sat with my new friend Lauren, heard her stories and shared some of my own, I was amazed at how God connects people for a greater purpose–like dots linked number by number to complete a picture. And as we gathered later that weekend, bundled up, sitting close to the outdoor fireplace, we shared even more–the image our combined stories created bringing at least a bit of clarity.

In conversations since then, we’ve learned much, and friendship has been born, which is no small matter. The likelihood that our paths crossed in years past is good, having resided only blocks apart for several years while Bill and I still lived in Lexington. My walking course took me right by her home. Was she the teenager out washing her car when a 25-year old me passed briskly, waved and wished, “Good day”? Was her house one of the many where, walking by, I’d wondered, Who lives behind those curtains not yet drawn, where evening light dances magic on walls, making even the most humble of homes appear mysterious and majestic?

One thing is certain. Though she didn’t know her then, Lauren would later become acquainted with my Lexington friend Katherine–mother of three beautiful children, all who attended our church. Like Katherine, two of her brood had red hair, while the youngest, Leandra, had curls the color of coal. Not only did I teach both girls in Sunday school, but Tevis, twin to Avivah, was in my first ever class of third graders.

Reflecting on Christmas Eve, when we’d gathered in the dining room with our three surprise guests, I’m reminded of a different sort of gathering, one that also included a table.

And just like that, I’m transported back twenty-seven years–though this time I’m not sitting at a table but, rather, on one–eighteen pairs of eager eyes watching me as I give clues to the next word from a spelling test …

“Mrs. Miller, I think I missed number eight. Can you spell ‘respect’ again?”

We were correcting our spelling tests, and Tevis, whose eyes most often revealed mischief, if not smiling crescent moons, appeared confused. He scratched his head with the eraser-end of his pencil.

My mind raced, wanting to respond to his question in a witty manner. Suddenly, I had an idea.

As if heeding my command, there was a loud crash as the table beneath me gave way. The sudden slope caused all the table’s contents to go sliding. Crates and books, along with me, landed in a heap on the floor, and the children, though silent at first, erupted into fits of laughter.

I shook my head, gathering my composure. Finally, still sitting on the floor, I calmly said, “‘Respect.’ And that, Tevis, is how you spell number eight on your spelling test.”

Needless to say, this event made a lasting impact on the lives of these third graders, and throughout our year together, they’d often remind me with the question, “And how do you spell ‘respect’ again, Mrs. Miller?”

This academic year wasn’t only memorable for my students, but it was for me, as well. In the course of those 180 days, not only did I enjoy my first full-time elementary teaching job, but I relished, too, in what I learned from these brilliant young minds. After all, they taught me the art of taking myself less seriously, not to mention the importance of having childlike faith.

And heaven knows, I needed more of that.

In the throes of infertility, being with others’ children each day was bittersweet. My students’ willingness to listen, however–especially when it came to personal stories–afforded me an audience, and I shared often about all the Lord was showing me, which was one of the many blessings of teaching in a Christian school. I have no doubt that several of them talked to God about me regularly, and that was no small matter.

“How can we pray for you?” one would inevitably ask during our morning devotions. And I’d share with them again. “Just pray the Lord will give me the desires of my heart–that, one day, He’ll bless me with children as sweet as you.”

That year came to an end, but these students remained my friends. Even now, all these years later, I’m close to several on social media. I tease them when their birthdays roll around, inquiring, “How is it that you’re now older than I was when I taught you but I’ve not aged a bit?”

Several years after our move to South Carolina–after our first son, Ian, was born, as well as after the loss of our daughter Devon in May 1998–I returned to Lexington for a reunion of sorts, hosted by my dear friend Caryn. She’d been the art teacher at the same school, and we’d remained close despite the miles that separated.

Gathered in her home, I introduced our infant son, and soon, others enjoyed holding him. One student even reminded me of God’s promise. “You always told us that God would make you a mom. And now, your desire has come true, just like you said.”

This wasn’t the occasion for theology–not the time to delve deeper, explain how I’d learned so much, even through suffering, since my sharing years earlier–so I shook my head and swiped tears. I was simply–no, profoundly!–grateful that God’s promise had come to fruition.

It was some years later when I received the news that Tevis–my redheaded 3rd grader, the boy with the mischievious eyes–had passed away while on an excursion in the Red River Gorge. He was twenty–only five years younger than I was when I’d taught him.

His mom, my friend Katherine, was devastated, the weight of loss crushing her spirit. His sisters too. How does one overcome such tragedy, move on and find ways to make the world a better, more beautiful place? In her words–

Through this, I’ve been able to be there for other grieving people… people who’ve lost someone [in] various circumstances… I will always be a grieving mother. But that doesn’t mean my life is over; it’s just different. I still get overwhelmed with sorrow sometimes, but I’m comforted, [knowing] that God really understands.

And some years later, two women having met somewhere along life’s painful path, Katherine was able to stand with a grieving Lauren at her grandmother’s funeral, take in the beauty of this family’s Jewish tradition of laying a loved one to rest. And interestingly enough, Lauren’s younger brother dated Katherine’s daughter Avivah–bringing joy and friendship for a season to a grieving sister’s heart.

Over the course of several conversations, Lauren and I have been able to connect some of the dots, though the full picture of God’s intention for our meeting remains, at least in part, a mystery. And that’s okay; after all, much of this is Lauren’s story to tell.

One placed piece of the puzzle that brought further healing, particularly for Lauren, had to do with our family’s experience with adoption. Over the course of our Christmas weekend, she asked candid questions about our blended family, and I answered each eagerly, with honesty.

“Your family is beautiful–the stories of how each of your children came to you, so compelling.” Lauren paused, pondering her next words. “I’m still working through an adoption story of my own. You see, when I was twelve, I discovered records that were kept hidden. At first I thought they confirmed that I’d been adopted, but I later came to understand that my mom had had a daughter prior to me–ten years before me, in fact–whom she’d placed for adoption.”

Always one to love another’s story, I listened intently. “Wow! What a discovery!”

Nodding, “Yes, but even after that, it wasn’t talked about much. Never a topic to be discussed.” Lauren’s eyes filled with tears. “But a couple years ago, we began corresponding, and I was finally able to meet her–the big sister I didn’t know I had, raised near Chicago.”

And all this has me thinking how, sometimes, the most beautiful things come through pain and are discovered late, to be unwrapped slowly.

Like family discovered, with relationships which blossom over time.

And sometimes, sometimes, beauty is discovered quickly, with a flurry of wrapping paper ripped away.

Like those who arrive strangers on Christmas Eve but depart friends days later.

And that’s why the Baby was born. Of Jewish lineage, He came, too, for the Gentile–adopted us, grafting us in to His beautiful Family Tree.

For those who accept His invitation, “Come! Join Me at the table!” there’s a place–

No matter where one’s been or what he or she has done.

No matter the grief one has had to bear or the secrets he or she’s been forced to keep.

As our dear friend Katherine shared concerning the wisdom she’s gleaned because of the wounds she’s suffered, brought about by her son’s passing–

[God] doesn’t treat [our] loss with callousness. Otherwise we wouldn’t have Revelation 21:4 and other acknowledgments and promises.

And what does Revelation 21:4 promise?

He will wipe every tear from their eyes. There will be no more death or mourning or crying or pain, for the old… has passed away. 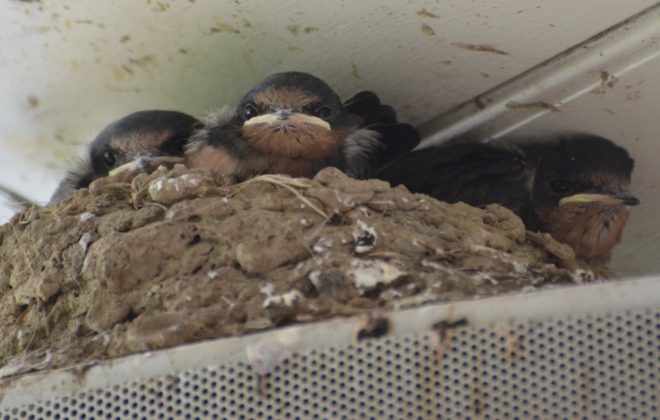 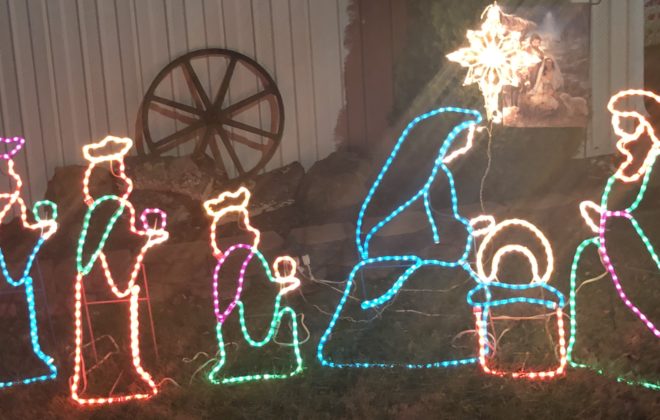 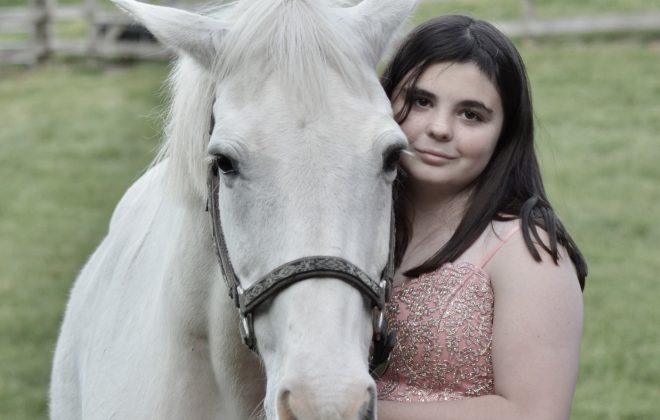 Confessions of an Imperfect Princess