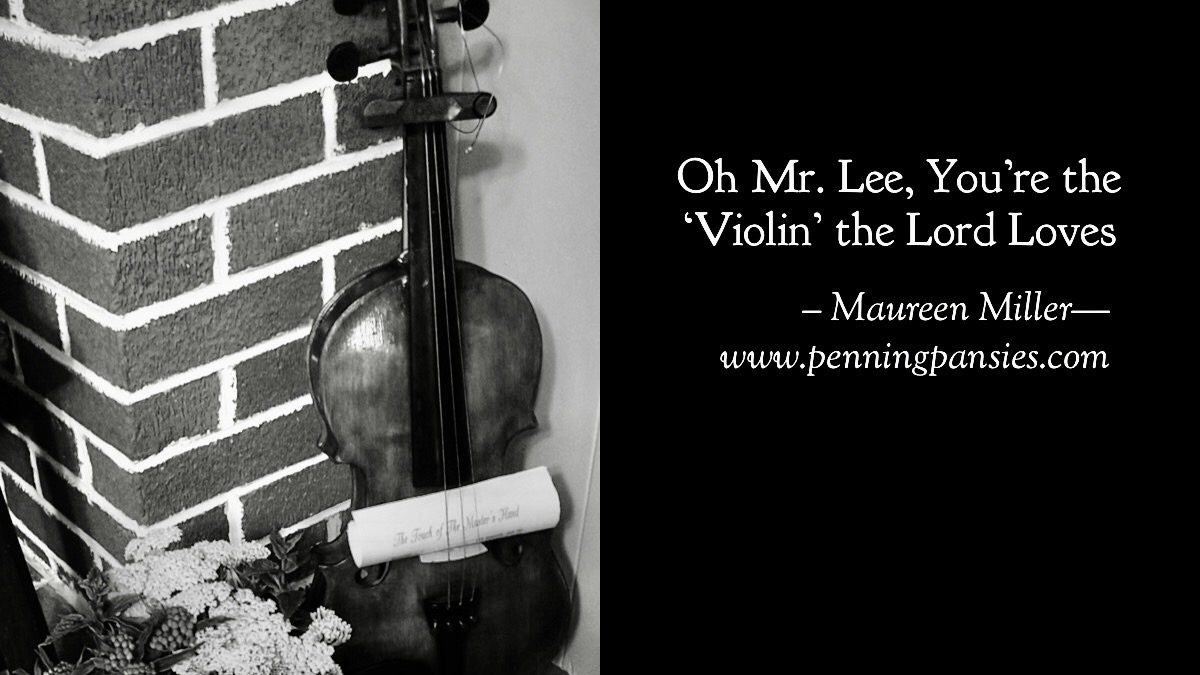 These words straight from scripture are for you, Mr. Lee.

I’ve been pondering for some time now, ever since I first heard your song “Violin” (Mission Bell, 2011). Quite honestly, it haunted me–your words a plea that I’ve come to believe are really a prayer. After all, I, too, have called out more times than I can count–

Like you, I’ve wondered where He is in the darkness when sleep doesn’t come, when the voices in my head stir fear and anxiety until the dreaded new day begins to appear behind drawn curtains.

Like you, I’ve asked Him where He is when I see sadness and sickness, deception, divorce, and death all around.

Even prior to a single word, your studio recorded version of “Violin” begins with dissonance, denoting the questions to come, your lack of peace clearly indicated in the lyrics that follow. Yes, I remember it well–my first time hearing this song as I drove our son to school, battling my own internal angst. Because it doesn’t matter how old ones child becomes, a momma’s heart still aches, and many mornings I pleaded for Him to show up on our son’s behalf, crying out–

After all, each of our three children have had their own share of struggles that lead them to question too–times when they’ve cried out because of injustices, when the cold blanket of discontent tried to cover them over–with shame or sorrow or just due to sin, plain and simple.

Because all the ugliness and chaos in this world–all the dissonance–is the direct result of such, right? Sin–that which God never intended but allowed when the first to taste His glory chose instead to seek their own, dissatisfied to think for one single second that they might be missing out. That’s what that snide serpent made them think, and they took the bait–hook, line, sinker–and nothing’s been the same since.

The universal question, the one you ask over and over in your song–that song that no longer haunts me but instead leads me to pray, for you and for all who search, convinced that God has somewhere better to be, some place more sacred, more special.

Truth is, we’re all sinners saved by grace. That’s the message of that old poem about a battered violin made beautiful, “The Touch of the Master’s Hand,” and, to be honest, I think that’s really what your song “Violin” is referring to.

But don’t you see, Mr. Lee? Amos? He doesn’t deem one ‘instrument’ more worthy than another, and He doesn’t show partiality. To God, all are beautiful. Redeemable. Valuable beyond measure, in fact, and created by Him. The Master is waiting to tune up our lives, prepare us for service, use us for His glory, having given us unique gifts and talents.

Yours, no doubt, is as a musician–a writer of songs with a voice that draws others to you, so captivating it is. The Master touched you and gave you your gift. He only asks that you give Him glory in return as you use your talent to draw others to Him–proclaiming a statement rather than asking a question.

Because He longs to show up in your life, Amos–to bring purpose to all that you do. Whether you’re walking the streets of Philadelphia or standing before crowds in NYC or Nashville, that’s your anthem, and honestly, I think you already know that.

When my husband surprised me with tickets to see you in Asheville at the Thomas Wolfe Auditorium for my birthday several years ago, I was over the moon. And I was happy, too, to hear that Drew Holcomb and the Neighbors were opening for you. I’d loved Ellie Holcomb’s music for some time, and I knew she and her husband Drew were strong believers who desired to share their Christian faith with others through music. The fact that you were touring with Drew Holcomb’s band made me feel as though perhaps you shared his convictions. Gave me hope that you were not only an admired artist but maybe a brother in Christ as well.

And perhaps you are. I guess that’s something I can’t know for sure, though I didn’t leave your concert with a strong sense. But I can hope. I can pray.

Near the end of your set, you performed “Violin,” as well as another song I love. I sang along as you crooned “Flower,” which made my husband smile. It was a good night and a wonderful birthday gift.

In truth, I don’t follow you much, only listen to several of your songs really. My daughter will sometimes moan, “Again, Mom? Doesn’t he have other songs too?” and I laugh, because she’s right. But I guess those whose lyrics I’ve committed to memory over time, much like I memorized the Twenty-Third Psalm when I was a child, have indeed become for me a prayer–though, for clarity, lyrics to a song are nowhere near as important as scripture.

Whereas The Lord is my Shepherd (Ps. 23:1a) was a prayer for myself–a sword I wielded in my battle with fear–your plea–Oh God, where are You?–reminds me to ask the One who loves you most–the One who calls you by name, proclaiming, Amos, you are Mine!–to reveal Himself to you in divine and definitive ways.

Yes, Mr. Lee, I’m praying for you. Perhaps you’ve discovered the One you’ve sought. I hope you know that He walks through any fire with you, paces every stage or boardwalk you’ll ever pursue. Jesus does, yes indeed.

Maybe your momma or daddy taught you this when you were a boy much like we tell our own children. When one of them cries out, “Where are You, God?” we share this truth–

“The Lord your God is with you, the Mighty Warrior who saves. He will take great delight in you; in His love He will no longer rebuke you, but will rejoice over you with singing” (Zephaniah 3:17–NIV).

Yes, Amos Lee–I pray all your dissonance turns to peace as you listen to the One who sings over you. Because you are the ‘Violin’ the Lord loves, and He’s right there with you. Can you hear Him? 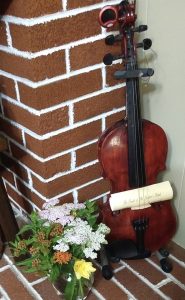 Has God ever put someone on your heart for reasons you can’t quite explain? Ones first response should be obedience in prayer, though He may prompt us to do something more, like write a letter or make a phone call. (Or… write a blog post.) Who knows? The One who calls us equips us, and He longs to use us in the lives of others.

Dear Jesus, thank you for Your gracious touch, which makes all things new. May each of us be used for Your glory until we see You face to face. Amen.

(Make Amos Lee’s song “Violin” your prayer for him too. Click the title to listen.) 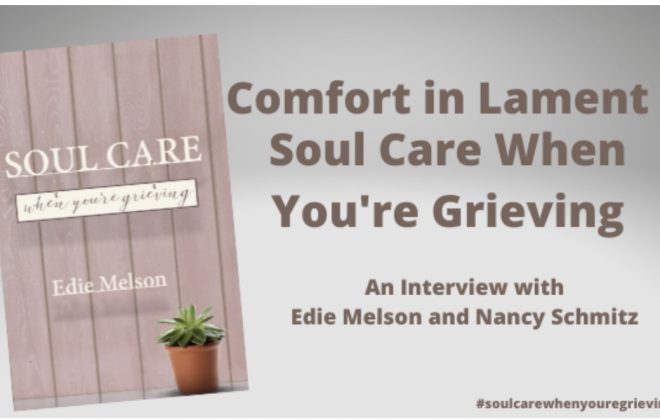 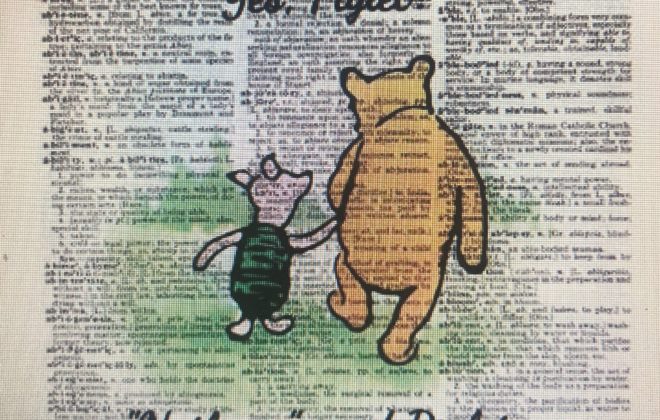 Just to Be Sure of You 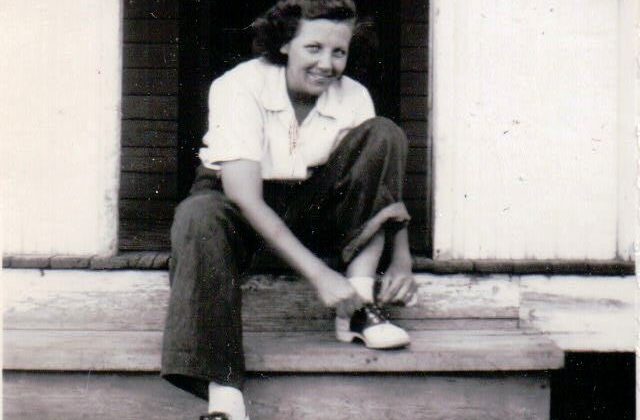 Thank You for Making Him Real!