Home > His World > Lila’s Letter to Her Little Sister 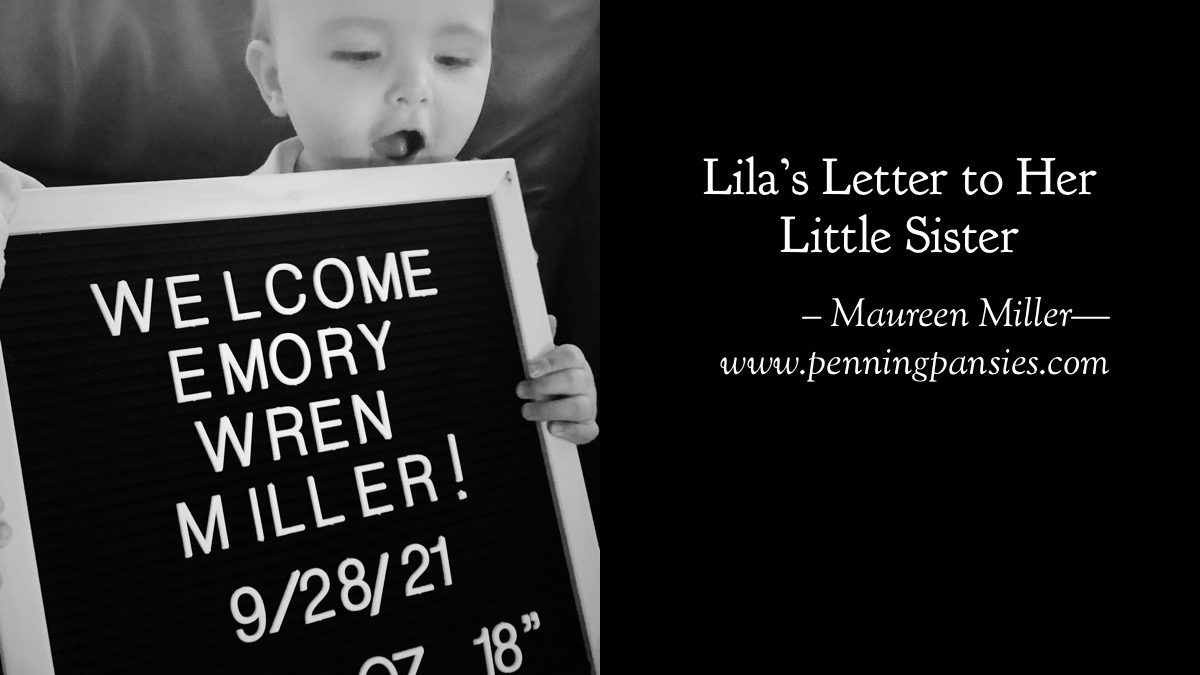 Lila’s Letter to Her Little Sister

Welcome to the world!

Though I’ve barely been here a year myself, my eyes have been wide open to learn so many wonderful things–several of which, with Mora’s help, I’d love to share with you.

Like Mora, ‘dog’ was one of my very first words, second only to ‘Dad’ and ‘Mom.’ Maybe that’s because they, too, love me so well–giving me kisses and wagging their welcome the moment I’m carried through the door. I’ve yet to meet a mean one, though I’m told they’re out there. Like so many unfortunate truths, dangerous dogs abound, growling their anger or, worse, trying to bite, and these are the ones we need to avoid. Mora tells me that, sadly, it’s often no fault of their own but mostly due to the manner in which they’ve been treated, mankind’s cruelty making them mean. To be safe, never pet a dog without its owner’s permission, and don’t put your face near theirs, even when you’re told they’re friendly–at least, not until you’re familiar with each other.

I do so hope you’ll love dogs as much as I do–as much as Mora and Papaw too. They bring lots of joy, evident in giggles when they tickle you with their tongues, and they make very loyal friends. I look forward to introducing you to Rocky and Prancer, and we’ve already told them about you. They wag their happiness because they don’t speak with words, but their tails tell it all! 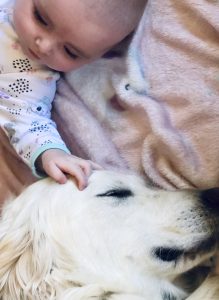 Take, for example, ours. I don’t look like Daddy, other than we each have two eyes, a mouth, and a nose. Some say I look like Momma, but not exactly. You may look a lot like her or maybe Daddy too, even though Daddy doesn’t look anything like Mora or Papaw. Big brother Drake Dean doesn’t look much like us, but he does have his dad’s eyes, or at least that’s what Mora thinks.

Uncle Jake and Auntie Allie don’t look alike, nor do they look like our daddy, Papaw or Mora either. Furthermore, our family doesn’t look like lots of other families–with those extended folks Mora calls “birth moms” and “birth dads” thrown in the mix. I’m not sure about that. I just know I love Marmee Cindy, and you will too, and Poppy Maxx as well. Even though we don’t look alike, there sure is a lot of love threaded throughout, and that’s what Mora says matters the most in the fabric of a family. We have that in abundance.

Finally, Jesus is our best friend.

When I look at a flower, I see Him. When I fly high in the swing, I feel Him. When I eat yummy food (something you’ll have to wait a little while for, Sissy, but I promise… it’s worth it!), I taste Him. When I hear the birds singing at the feeders outside, I hear Him. When Mora lights the pretty candle on the dining room table, the apple and cinnamon-scented one, I smell Him. 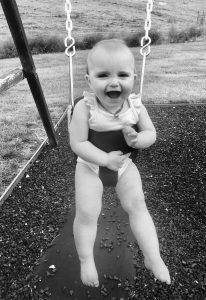 He’s in the coziness of my crib when I snuggle down to sleep. He’s in the softness of Prancer’s fur when I pet her tummy. He’s in the voices of those I love, who you’ll love too, when they sing to me or say, “I love you, Lila Grace.” He’s especially there in the lonely times when I cry for someone to come pick me up, and even if no one comes, I’m never alone–because Jesus is always with me.

And He’ll always be with you too, Emory Wren. In fact, Mora tells me He knew us before we were born, knows every day we will live. And that’s amazing, because we’re just little and have lots of days ahead of us. Well, at least I hope so.

I think the most important thing about believing that Jesus is our best friend comes in the moments when life is hard, something I don’t know much about just yet. Mora tells me His presence in the painful times brings hope, and hope, she promises, helps us carry on when we might otherwise want to give up.

Like I said, I don’t know much about that, but it seems to be more than persevering when one’s learning to walk or saying new words or waking up with a dry diaper, and that’s still a long way off, Sissy. But Mora says that life is hard and, like mean dogs, mean people abound. Many times it’s because they, too, have been treated cruelly, been wounded by others who are unkind, and so they live what they’ve learned.

Mora says that having Jesus as our best friend helps us see the best in others, treating even those who aren’t nice with kindness, though she says we don’t necessarily need to get too close. Just like with dangerous dogs, we may need to keep our distance.

And since our family doesn’t look like everyone else’s, some might think that’s a good reason to make fun of us. That should never be an excuse to respond with cruelty. The Bible tells us to love our enemies and pray for those who treat us unkindly (Matt. 5:44). It even says we should turn the other cheek (Matt. 5:39), which I don’t honestly understand quite yet, but one day…

For now, like the song Mora sings to me, the song she’ll sing to you, too, I just know the Bible tells me so, and that’s enough for the time being.

Mostly, that same song says that–

Jesus loves me, and He loves you.

Indeed, more than anything–more than dogs being wonderful and families being unique–I know that Jesus loves us and wants to be our Best Friend. (Click here for a sweet lullaby by Twila Paris!)

Yes, this I know! 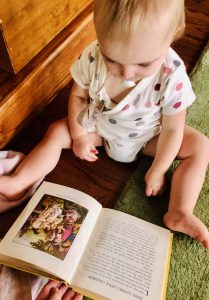 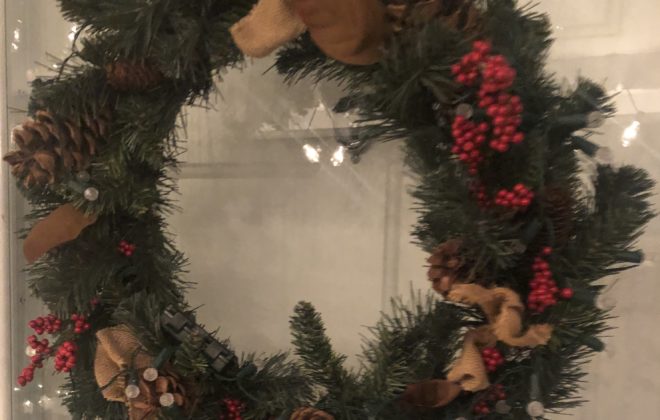 Behind the Door, Beyond the Veil–Behold the Lamb 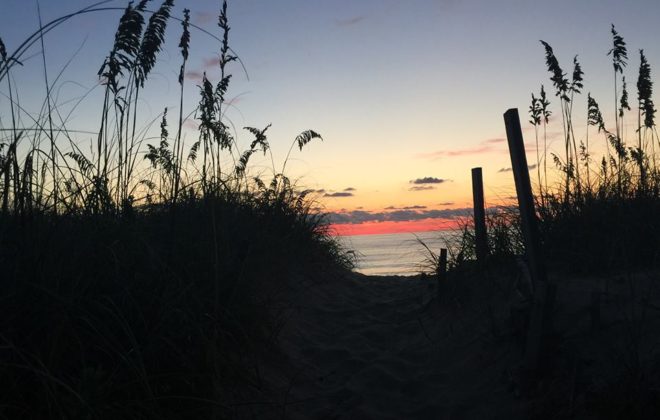 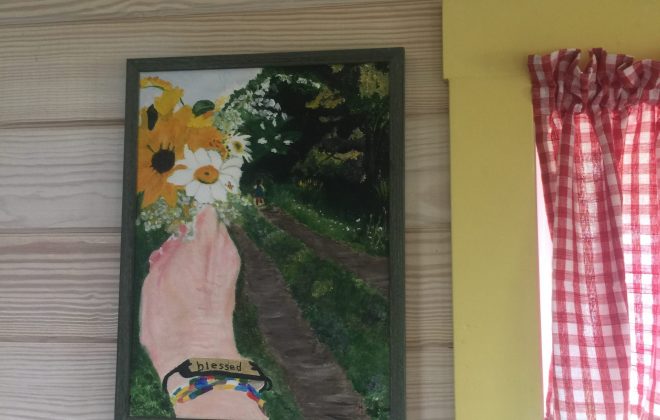