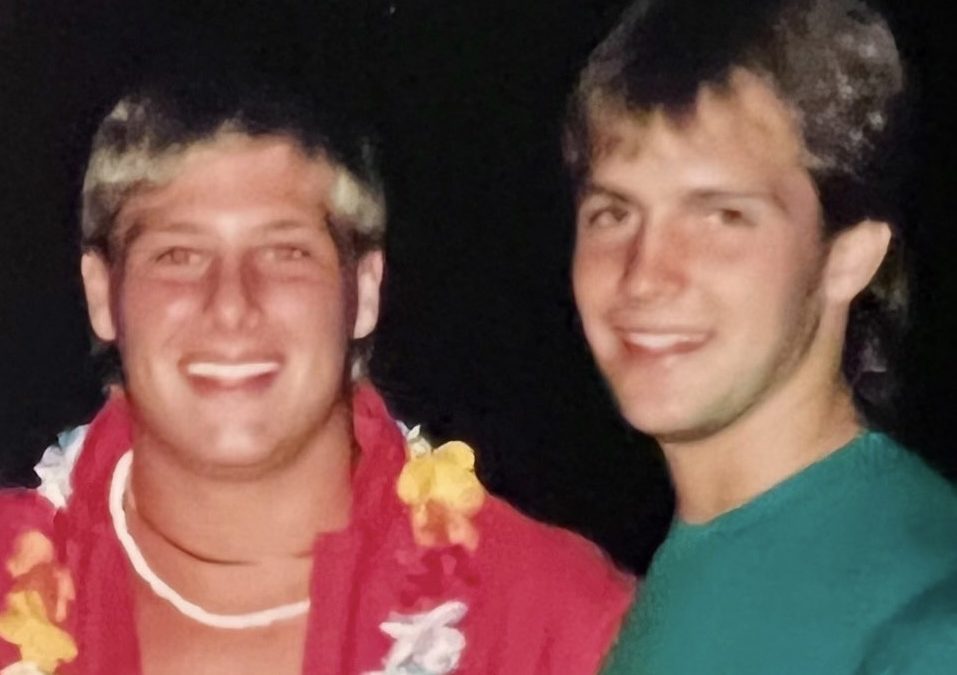 “The grass withers and the flowers fall, but the word of our God endures forever” (Isaiah 40:8 NIV).

I knew I had the photograph somewhere, so I breathed a prayer—“Help me find it, Lord.” Not sure why it was so important, but it was.

We’d last spoken with Bill’s childhood friend Scott Ratliff several years ago, at our Grandma Farley’s funeral in the fall of 2019. Despite an earlier battle with cancer, he’d seemed good. Looked good too, and Bill and Scotty visited easily, like no time had passed. Seemed his cancer was in remission, and he was able to return to his work at UPS, enjoy time with family and friends, and even return to some coaching.

So we were surprised and saddened when we received the text out of the blue that Scotty had passed. The cancer came back, had progressed quickly, and he died on July 7th–leaving behind several beloved daughters, as well as bereaved parents and family, namely his fiancé.

Bill was especially sad. Although he and Scotty weren’t able to spend a lot of time together in their earlier years, didn’t attend the same school or play for the same football team, he was one of my husband’s best friends. When Bill would be at his dad’s, over weekends and more during the summer months, the two would soak up a lot of time together—doing what boys do, like tramp through the woods, talk around campfires, and hang out at each other’s houses.

When we received the news of his passing, we were in shock. “Man, I hate to hear that,” Bill told me. “Think we could make it to his funeral?”

It was a hike to Ohio, and we didn’t think we could make it by driving due to work and other commitments. “Maybe we could catch a flight. I just really feel we need to be there.”

And so we did. Caught a plane in Knoxville and flew to Middletown where Bill’s dad and Linda met us, picked us up. We enjoyed talking—reminiscing—over Cassano’s Pizza, something the south doesn’t yet have but a favorite for us midwestern kids when we are home.

I think that was the most difficult part about being at Bill’s friend’s funeral—that aching unknown, “Did Scotty know Jesus?”

For a Christian, it’s critical, is it not?

Yet, we’re so often told we Christians are narrow-minded when we say we believe our eternity is one of two places. That this worldview makes us unloving. Pushy. Perhaps annoying even.

But, on the contrary, it’s the catalyst for our love—for our concern when we wonder if someone we care about did or didn’t know the One we believe is our source of Joy. Peace. Hope.

The One who paid the price to purchase our freedom, securing our eternity in the place He’s preparing for us. Yes–

Upon our arrival, it was evident that Scotty was well-known and loved in his hometown community. A coach and mentor to many, the space was filled with both youth and adults alike–the visitation line long, with friends and family reminiscing quietly, many sharing stories, drying tears.

Bill and I talked with Ohio family and friends we rarely get to see–mentioning more than once that it’s too bad we only get together at funerals and weddings. After a while, we made our way to join the others who’d come to pay their respects, preparing ourselves, knowing that seeing Scott’s family–especially his mom and dad–would be difficult. We also knew that seeing Scott, his casket open, for the last time would bring a flood of emotion.

Finally, it was our turn to step forward, and we were greeted warmly by Scotty’s older brother Jimmy and his wife, whom we’d never met–a lovely woman named Bobbi. I immediately noticed her simple cross necklace, and my heart stirred. Perhaps they do know Jesus, I thought.

It was time to make our way, to stand before our friend’s casket. Bill and I held hands, and I felt him squeeze mine as we stepped forward, as if to say, See?

And I heard the word–

Once stocky, Scotty was thin, clearly having weathered the strain of cancer’s torrents. Still, he appeared peaceful–at rest. And we knew. He was.

Upon his chest, hands having been placed upon it, was a worn, clearly well-read Bible–colorful sticky tabs in too many places to count, indication of one who’d suffered yet found comfort in the words of a Comforter.

Yes, and, several days later, Isaiah’s words spoke to me as I, too, turned to God’s Word for comfort–a reminder that all life fades like the flowers.

Scott Ratliff, Bill’s childhood friend, knew this too. And because he did, he is indeed…

Having asked the Lord to help me, He did, and I found the photograph. Tucked in a box of other pictures from Bill’s school days, two smiling faces, both young and full of life, stared at me as I held it in my hand. Friends who just loved to be together. And, because of Jesus, they’ll be together again… one day. 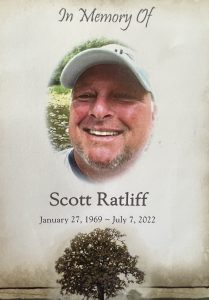 Sweet Savior, thank you for coming to this broken world where You suffered and died. Thank you for defeating sin and death and for rising again that we, too, might have new life. Thank you for going Home and for preparing a place for us. One day, one day, we will see You there, face to face. Oh, and please tell Scotty that Billy says, “See you soon, brother!” Amen.

For the chance to win a copy of the new release Can, Sir! With God’s Help, I Can Do This (Grace Publishing, 2022)–a collaborative I’m part of–please leave a comment here. Drawing to be held August 3 at noon. 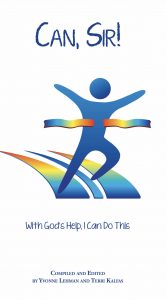 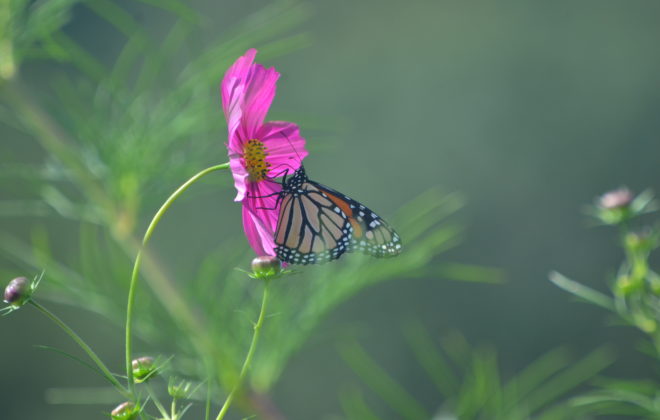 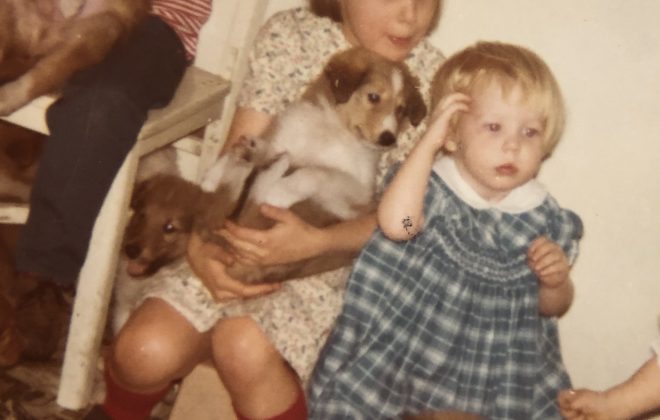 God’s Gift of a Good Dog–Part 1 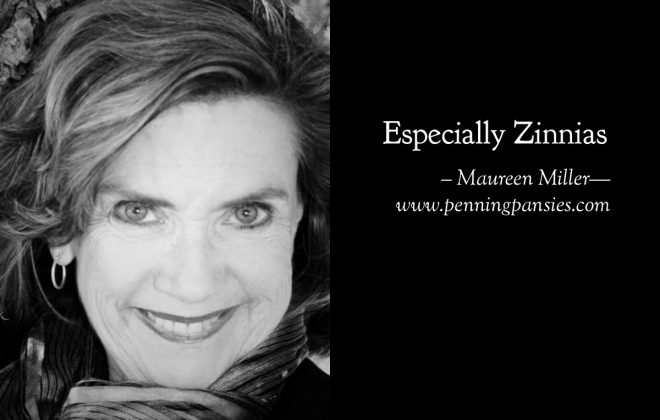