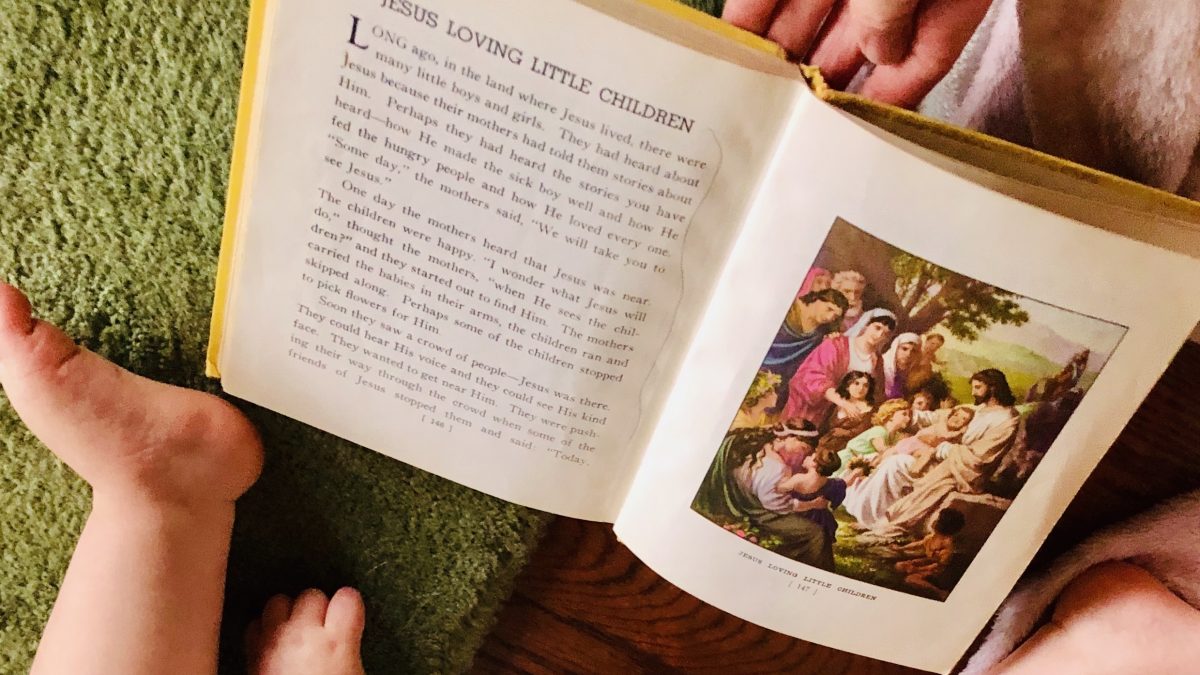 “Let the little children come to me, and do not hinder them, for the kingdom of God belongs to such as these” (Mark 10:14b NIV).

***The following is a fictitious story based on Mark’s biblical account. What is true, however, is our Savior’s love for the little children. Indeed, for all His children.***

Sunshine shone through a canopy of trees, creating waltzing shadows on the stony path, and Benjamin played a game, singing as he skipped.

Summer, summer, I love summer, he sang, making up the melody as he went. The boy’s attempt to avoid the dancing dots made his gait wobbly, and he hopped from one sandaled foot to the other. There is winter, spring, and fall, but I love summer best of all.

Only recently, his ima had teased, “Josiah, our Benjamin—he’s a bright one. Must come from the branches on my side of the family tree.”

And Abba chuckled, understanding her irony. “Lydia, don’t underestimate the intellect in my lineage. After all, we were Levites, many of whom were singers, offering praise to Elohim.”

Though he wasn’t yet half a dozen years, Benjamin knew jest when he heard it, but quietly he took delight in knowing his parents believed him to be a smart lad. And it was true—he loved to learn and looked forward to his daily studies under the watchful eye of Abba.

On this day, however, the trees and tall grasses outside his small town were his teachers, and he stopped to listen. The August breeze carried whispers, stirring the boy’s memory.

“A great and mighty wind tore the mountains apart and shattered rocks before the Lord…” Benjamin shouted the words, then stomped about on the path, creating a little cloud of dust. “But the Lord was not in the wind…”

Satisfaction kindled deep within. He’d only recently learned this passage from the holy scriptures, and now he’d discovered a perfect place to recite the words. Cocking his auburn head, listening intently, he lowered his voice, making it nothing more than breath. “And after the fire came a gentle whisper.” His sideways grin revealed a missing baby tooth, its absence creating a slight lisp. “Yes, Elohim. Your servant listens.”

Your servant listens. He was certain he’d heard that somewhere too, and his smile broadened, revealing another missing tooth.

Though only a wee boy, his heart did possess an abiding love for the One in whom his parents had taught him to trust.

“And one day,” Ima promised each night at bedtime, “Messiah will come. He will make the crooked paths straight, shine light in the darkness.”

Tweaking his nose, she’d smiled down at him. “Yes, precious one. Shining more brightly than summer’s fireflies equal to the freckles on your face.”

“And that’s a lot.” Benjamin snuggled deeper into the bedclothes. “Each one an angel’s kiss, huh?”

“Yes indeed.” And Ima bent to kiss him, too, before whispering in his ear, “Sleep tight, sweet son. Born not in my body but—”

“Born in your heart.” He’d finished her sentence, so familiar were her words.

And it was true. Benjamin had blessed their home when he was only a toddler. After the tragic deaths of his parents at the hands of thieves on a dusty road, his bereaved grandparents, with whom he’d been staying, brought Benjamin to a kinsman-redeemer—their deceased son’s cousin Josiah and wife. Childless, a family of three was born that day, with only the removal of a sandal and a customary embrace to seal the agreement.

None of this Benjamin remembered, of course, with the exception of an occasional flicker—the fleeting memory of a woman’s face, the scent of lilac. And he’d asked Ima about it once. “But why lilac, I wonder?” 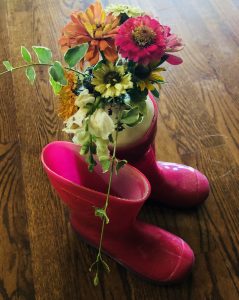 His mother was thoughtful. Finally, “Flowers speak to us, son. My ima, Grandma Miriam, once told me lilacs symbolize ‘first love’.”

And she needed say nothing more. Benjamin knew.

But on this bright summer day, as he skipped along—his steps keeping tempo with the dancing dots of sunlight —his mind was filled with nothing more than that delicious moment, with his made-up summer song a duet with the wind as it rustled leaves.

Nearing a clearing in the woods, however, his song and skipping ceased. Gathered just beyond, less than twenty yards away, was a group of people—mostly men, but women too.

Benjamin approached the forest’s edge and, ducking behind a stout oak, listened. At first, the din of many voices at once made it impossible to decipher anything, though there seemed to be some sort of argument. Men sounded irritated, indignant.

“Stop that,” Benjamin heard. Then, “Step away.”

Shielding his eyes from light that had grown brighter, he squinted, attempting to see what was happening to cause such frustration. Several stood in front of a large boulder, upon which sat a man whose countenance, despite the chaos swirling about, was calm. The sight of him brought another smile to Benjamin’s face, and, though only for an instant, he inhaled to discover again the flirting fragrance of lilac.

“Away with you!” Anger broke through his thoughts, and he startled. “Step back, I say.”

Benjamin craned his neck. Two men were pushing a woman—a woman!—to keep her and the child in her arms away from the other man, the one resting on the rock.

She stumbled, only to regain her balance. Her pleading reached Benjamin’s ears, “Bless my child,” she cried. “Please, I beg of you, Teacher.”

Teacher. Was this man truly a teacher? Like Abba?

Benjamin’s curiosity perked, and he stepped out, into the clearing. Walking closer, he could see more. Yes, there was a baby upon the man’s knee. Still, the other men—the angry men—were holding the growing crowd at bay, most of the people with children in their arms. Again, the dissonance of too many voices at once.

Benjamin, less than a dozen yards from the crowd, assessed the situation. The man sitting upon the rock now had several children on his lap. One, a little girl, caressed his face, and he smiled down at the curly-haired tot before kissing the top of her head.

Suddenly, one of the angry men, having witnessed this tender moment, elbowed the other, and he, bewildered, inquired, “Teacher?”

A hush fell, each person aware that the man holding the children was about to speak. No one wanted to miss a single word.

For a brief span of time, only birdsong, with the exception of garble from a happy baby and a mother’s “Shh,” could be heard. Someone cleared a throat.

Finally, cheerful laughter broke the silence. “Oh friends, rebuke them not; rather, let the little children come to me and do not hinder them.” The kind man’s eyes fixed on the tiny girl he’d kissed, then continued. “Don’t you know? The kingdom of God belongs to such as these.”

With that, Benjamin’s legs carried him the remaining distance, faster than he’d ever run. Pushing his way through people, he fell at the feet of the One who’d been called Teacher.

Looking up, the light was brighter than ever before, and Benjamin—his tears mixing with summer sunshine—saw dancing rainbows on the face of the man who gazed down on him.

“After the wind came a gentle whisper,” the Teacher said.

Once more, the fragrance of lilac, and in that moment, Benjamin knew just what to say. “Your servant listens.” His voice wasn’t more than a breath. Still, he knew. 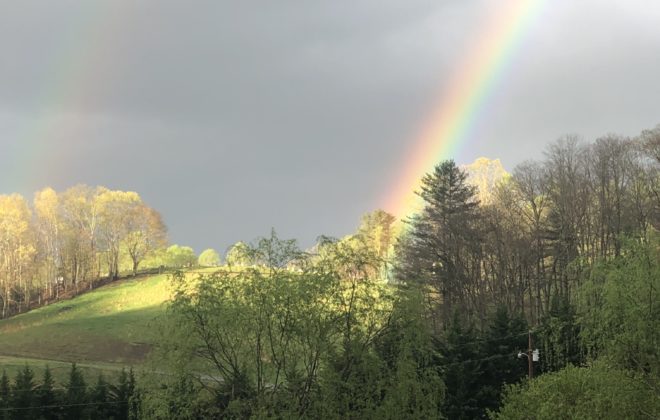 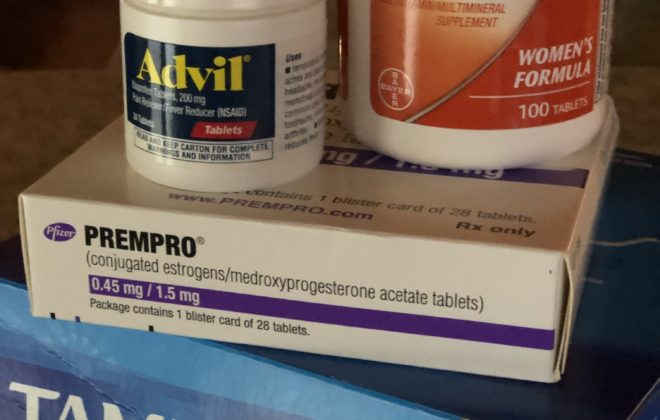 For All Those Experiencing Hot Flashes and Other Imperfections of Life 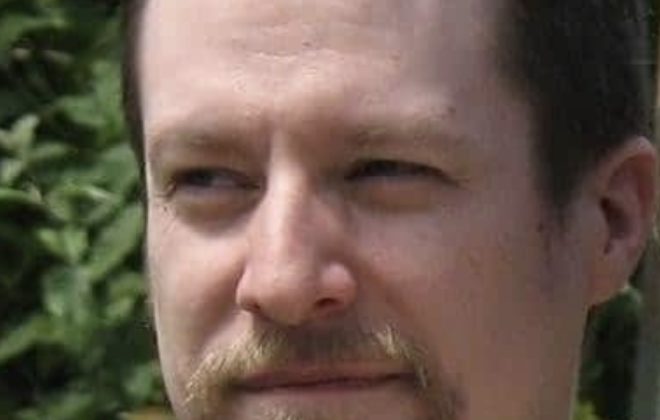