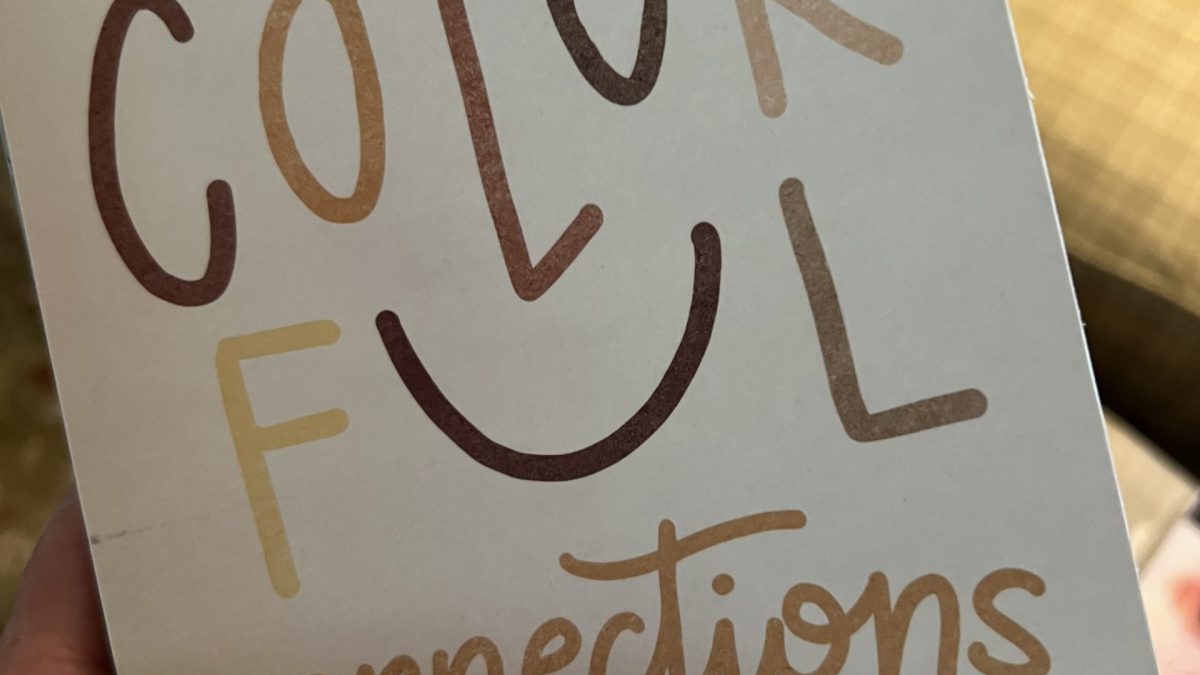 “All this is from God, who reconciled us to himself through Christ and gave us the ministry of reconciliation” (2 Corinthians 5:18 NIV).

The wide-eyed child stood at my kitchen door, her mama–my neighbor and friend Ms. Martha–beside her, holding her hand.

“Mrs. Miller,” the girl began, “I… I wanted to tell y’all ’bout somethin’ that happened on the school bus today.” She paused, looked up at her mom who nodded her support. “Um… I was sittin’ near Ian, and…”

Clearly what she had to say was difficult for this pig-tailed 8-year old. Her eyes pooled with tears.

“Um… why we was a ridin’ home today I heard another kid…” She looked down at her scuffed Buster Browns. “I heard him say… um… well, he called Ian the ‘n’ word.”

Her mom spoke up. “Rachel was real upset by it. She came a runnin’ in straight off that bus. Told me all about it.” The woman looked down on her daughter whose head had come to rest against her for comfort. “We thought it best you know. Maybe you’uns could talk to the boy’s mama. Let her know what he said.” Then she added, “On second thought, maybe we’ll do that.”

My gaze shifted from one to the other. Finally, “Rachel, you’re a good friend. Thank you.”

“I’s told that boy, ‘You’d a better stop it.’ I tried to keep Ian from hearin’ him. Not sure whether or a not he did.”

My 7-year old hadn’t mentioned it, so perhaps he’d been unaware.

“Well, thank you again, dear.” Turning to address my friend, “You have a sweet, kind-hearted daughter. She’s like her mama.” I patted her on the arm, giving it a little squeeze.

After they’d gone, I considered what to do. Should I ask my son about the incident? If he hadn’t noticed then I might be stirring up strife. If he had, then shouldn’t I address the matter? I hated to think he’d try and process this alone.

I whispered a prayer before approaching my son who was watching a television show, eating a snack while snuggled on the couch.

“Ian, can I talk to you a moment?” I sat down beside him, wrapped my arm around his shoulder.

He paused his show before turning his attention to me.

“I just spoke to Martha and Rachel, from up the road. Rachel told me a boy on the bus said something not very nice… to you. Did you know that?”

Ian’s face registered deep thought, lines furrowed his brown forehead. “Um, I knew something was going on. Rachel kind of acted funny, reached over to hold her hands over my ears, then said something to a boy behind me.” He paused, remembering. “I didn’t really understand.”

So he hadn’t heard. Relief washed over me for a brief moment before I realized that I’d need to explain. But what to say?

Ironically, my son had recently inquired one evening right before bedtime, asking, “Why aren’t there more people with brown skin at my school?”

We’d had a healthy conversation about our community’s lack of diversity. I’d done my best to explain. “Diversity is kind of a fancy word for ‘variety,’ and where we happen to live–beautiful though it is, filled with beautiful people–there isn’t a lot of variety when it comes to different kinds of people. Like different skin colors and different languages spoken, for example. Does that make sense?” I paused before adding, “Those differences are sometimes called ethnicities.”

Our boy was smart for his seven years, and he’d nodded before lamenting, “I just wish there were more people with brown skin like mine.”

And I knew. He was speaking truth from his young heart. “I understand, Ian. But just think! You get to be a bridge-builder–allowing people to get to know others unlike themselves in this manner.” I hesitated, knowing there was more. “But remember–skin is just what we see. It’s the outside. Underneath we’re all the same and yet, uniquely different–just as God intended. What have we taught you?”

Without hesitating, “We’re all made in God’s image.”

Recollections of this past conversation were suddenly interrupted by my son’s question, and I was brought back to the present with, “So what did the boy say?”

I swallowed, feeling bitter anger rising in my throat. “He used a not-nice word toward you, Son. You know, the one that begins with ‘n,’ the one we’ve talked about before.”

And he understood. “Oh.” His eyes shifted from me, fixed instead on the floral carpet below him. Finally, “Why?”

My heart ached–both from the sadness I felt for my son but also because of the anger I felt toward this other child. I wanted to express my emotions in a manner that would knock this neighbor boy down in Ian’s mind, but I knew I shouldn’t. There was a beat of silence between us before I answered.

“Maybe he doesn’t know better. Maybe his family hasn’t taught him to love everyone, to see differences as a beautiful reflection of God’s creativity.” I wondered if what I was saying even made sense, so I asked, “Do you understand?”

And I must say, as the mother of three uniquely beautiful children, none who look like me, I’m still learning from him. From them.

And the wisdom that our Ian, who’s now 24–a police officer in our community, a husband and father of two–still offers is a blessing.

Rarely one to be uncomfortable in his brown skin, perhaps because of incidents early on like the one just described, he is making a difference in a place that still lacks much diversity.

The first African-American law enforcement officer in Waynesville since the mid-1980s (and only one then), he is able to appreciate issues of racism that, sadly, still exist in our small mountain town.

Speak to such issues.

Help bring reconciliation to such issues.

And although he’s far from perfect, as his mom I so appreciate him, and I’m very proud of him.

Mostly, I’m thankful that he knows, thanks to Sunday School teachers and other mentors as well, that hatred fueled by ignorance is merely the misunderstanding of what our sweet Savior intended from the very beginning.

Because The Word (Jesus) was with God–indeed was and is God--when He spoke life into being, called it beautiful. And His intent was for us to see the creative nature of our compassionate Creator in the faces of all those we meet along life’s journey.

Sin’s what messed that up. Sin’s what’s messing still.

I’m so thankful that two friends–Lori Stanley Roeleveld and Dr. Saundra Dalton-Smith, neither of whom wanted to write about racism nor knew they had the right words to say about this topic–were obedient when God called them to collaborate.

We are all the richer and this world will be so much better. 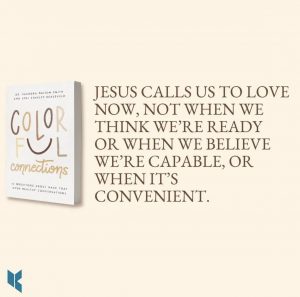 So very thankful that these two women have been courageous enough to pave the way for others to have healthy, healing conversations.

Yes, they’re ministers of reconciliation, made in the image of God, growing more and more in Christlikeness.

Another knock on our door.

Bill and I opened to see, this time, a young boy and his mama.

“Um, excuse us, but my son here has somethin’ he needs to say to you’uns.” The woman shifted in the chilly autumn air. She nudged her son.

On cue, “I’s just wants to say I’s sorry for what I called your boy on the bus. It wasn’t nice, and I hope you’uns will forgive me.” 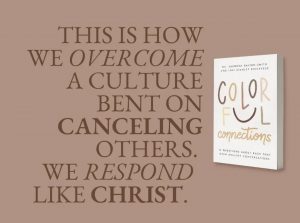 Dear Jesus, help us heal in all our broken places. Help us love others as You’ve first loved us. And help us see others as You intended, from the very beginning. In Your image, we’re all beautiful. Amen. 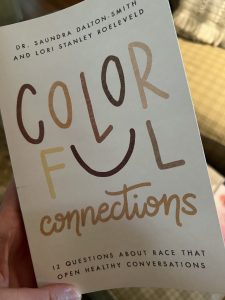 For a chance to win a copy of Dr. Saundra Dalton-Smith and Lori Stanley Roeleveld’s new release Colorful Connections–12 Questions About Race that Open Healthy Conversations, leave a comment here. I’ll draw one name from those submitted on 10/5/22. 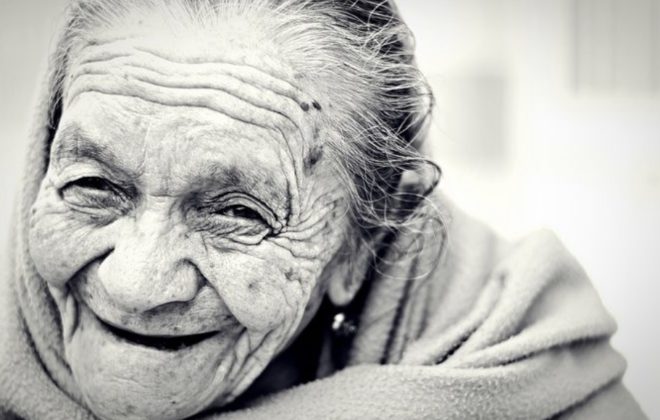 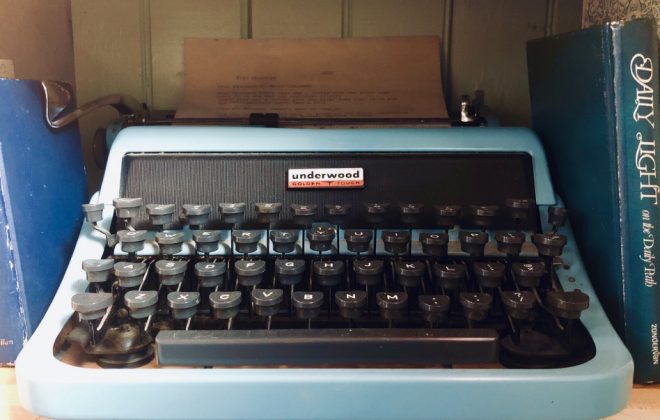 Power in the Pause